The Tombs and millions of other books are available for Amazon Kindle. Learn more
Share <Embed> 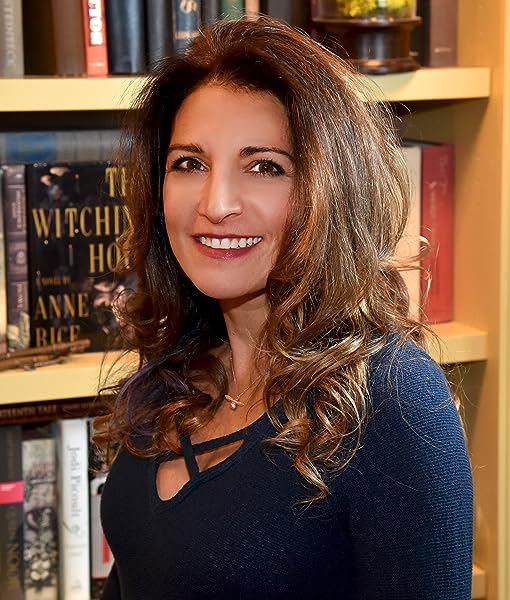 "Likable characters and much action and adventure, including the use of more than a touch of magic, lead to a cliffhanger ending that will have teens hoping for a second installment." --Voice of Youth Advocates Reviews

"Brooklyn and New York City in an alternate, steampunk-inspired 1882--filled with airships, clockwork creatures, and an extraordinary blend of science and magic...villains who are successfully spine-chilling and provocative...With an aesthetic similar to Westerfeld's Leviathan series, the book does a lot with the actual history--however uncomfortable--and convincingly adds magical and technological possibilities, making for a gripping read." --BCCB

" - an intriguing debut set against an alluring, well-constructed backdrop. Avery's steampunk, fin de siècle New York is full of possibilities, and Schaumberg follows them to their deepest, most frightening depths." --Booklist

New York, 1882. A dark, forbidding city, and no place for a girl with unexplainable powers.

Sixteen-year-old Avery Kohl pines for the life she had before her mother was taken. She fears the mysterious men in crow masks who locked her mother in the Tombs asylum for being able to see what others couldn’t. Avery denies the signs in herself, focusing instead on her shifts at the ironworks factory and keeping her inventor father out of trouble. Other than listening to secondhand tales of adventure from her best friend, Khan, an ex-slave, and caring for her falcon, Seraphine, Avery spends her days struggling to survive.

Like her mother’s, Avery’s powers refuse to be contained. When she causes a bizarre explo-sion at the factory, she has no choice but to run from her lies, straight into the darkest corners of the city. Avery must embrace her abilities and learn to wield their power—or join her mother in the cavernous horrors of the Tombs. And the Tombs has secrets of its own: strange experiments are being performed on “patients” . . . and no one knows why.

Deborah Schaumberg’s gripping debut melds history and fantasy, taking readers on a breathless trip across a teeming turn-of-the-century New York, and asks the question: Where can you hide in a city that wants you buried?

Deborah Schaumberg was born in Brooklyn, not far from where her novel The Tombs takes place. She grew up renovating dilapidated old houses with her family. She and her father would walk the rooms, floor by floor, making up stories about the inhabitants that were filled with dark secrets, monsters, and, of course, ghosts. Deborah is a writer and an artist whose work always has an element of fantasy to it, and since she also studied architecture, settings are equally important. It was on a trek to the Annapurna Sanctuary in Nepal that she imagined a girl with the ability to see energy, and the seed of The Tombs was planted. She collects old bottles, and her favorite holiday is, you guessed it, Halloween. Deborah lives with her family and two dogs in Maryland, just outside DC.
Visit her at deborahschaumberg.com.
Read more

Start reading The Tombs on your Kindle in under a minute.

4.6 out of 5 stars
4.6 out of 5
57 global ratings
How are ratings calculated?
To calculate the overall star rating and percentage breakdown by star, we don’t use a simple average. Instead, our system considers things like how recent a review is and if the reviewer bought the item on Amazon. It also analyzes reviews to verify trustworthiness.

Haley R
5.0 out of 5 stars This book holds a place in my heart
Reviewed in the United States on April 30, 2018
Verified Purchase
First off I would like to state that I love any book that has a part of Romani culture put into it! I have seen some reviews that called the word "gypsy" derogatory when it came to the book, but I do not see it that way. The way that Deborah spoke of the culture was not in any way offensive considering I, myself have gypsy blood in me. That being said! I could not put the book down!
Avery was a head of her time when it came to accepting love of all color. I loved how quick the book seemed to go, but of course am wanting more! The action, learning how to control ones abilities and learning to live with the past are a huge part of this book, but as sappy as it might seem I loved the romance part in this book. Not to give anything away, but I do believe there is a love square (I yearn for a heart being tugged in all directions and the ones that feel over looked) I cannot wait to see where it goes in the next book!
Read more
One person found this helpful
Helpful
Report abuse

Amazon Customer
5.0 out of 5 stars Captivating Read
Reviewed in the United States on February 26, 2018
Verified Purchase
This book is a fun read. Once you start the story, you can't put it down. I took the metro to work so that I could finish the story faster since I couldn't wait for the ending. The book is rich in details so you can easily imagine the scenes and root for your favorite characters. I really enjoyed it and hope there is a squeal.
Read more
3 people found this helpful
Helpful
Report abuse

Meghan Tidwell
5.0 out of 5 stars Loved it!
Reviewed in the United States on February 27, 2018
Verified Purchase
I really enjoyed this book! It was an easy and enjoyable read. I thought the characters were interesting and enjoyed the historical aspect and the time period in which the book was set. I particularly enjoyed the authors storytelling and detail which gave me a visual and I felt like I could picture the settings and characters as I read. I’m looking forward to the next one!
Read more
4 people found this helpful
Helpful
Report abuse

Kristen M.
4.0 out of 5 stars A fun read!
Reviewed in the United States on July 13, 2019
Verified Purchase
A fun read! I really enjoyed aura-seer Avery Kohl's adventures through 1880s New York City in this imaginative debut novel. I would like to read more about Avery, her endearing and colorful friends, and her parents; set against another backdrop as interesting as The Tombs prison. I loved how the author pulled me into Avery's world while exposing me to some interesting tidbits of history I knew nothing about (but Googled along the way!). The descriptions were very vivid for me and I felt transported to an old NYC. The characters were likable and interesting and I'd like to see them developed even further in a series!
Read more
Helpful
Report abuse

Debbie Pearson
5.0 out of 5 stars Couldn't put it down *****
Reviewed in the United States on June 23, 2020
Verified Purchase
Loved reading this book. Couldn't put it down. Non-stop action, engaging, a really enjoyable read. I don't know how one writer can keep me engaged perpetually throughout the book. Can't wait for the next one!
Thank you Deborah Schaumberg - don't stop writing!
Read more
Helpful
Report abuse

Flyman
5.0 out of 5 stars Great historical fiction story about love and courage - a favorite!!
Reviewed in the United States on July 7, 2019
Verified Purchase
The Tombs is a gripping read filled with history, adventure and romance. Deborah Schaumberg transports readers to pre-industrial New York with incredible descriptions that help the reader really feel what the time period was like. Her courageous heroine is the only female working in a factory and sets out on an adventure to save her mother. She is an inspiration to girls everywhere! I couldn't put this book down!!
Read more
Helpful
Report abuse
See all reviews