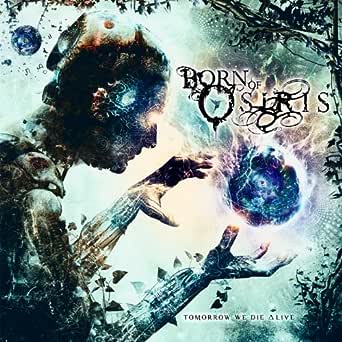 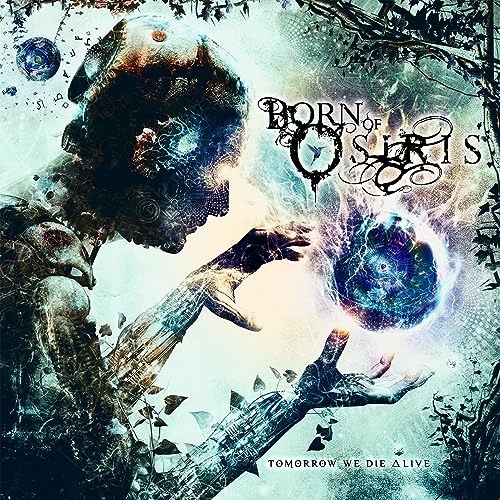 4.7 out of 5 stars
4.7 out of 5
104 global ratings
How are ratings calculated?
To calculate the overall star rating and percentage breakdown by star, we don’t use a simple average. Instead, our system considers things like how recent a review is and if the reviewer bought the item on Amazon. It also analyzes reviews to verify trustworthiness.
Top reviews

arkolum
5.0 out of 5 stars Oh yeah!!
Reviewed in the United States on October 23, 2013
Verified Purchase
Absolutely love this album!! These guys are so creative and talented, its almost impossible not to get into it. Of course its pretty genre specific, but they are constantly stretching the boundaries and pushing to do something great. The album is incredibly technical, with the best keys I have ever heard. And with the mixed and varied vocals that have surpassed all prior efforts, this album is hands down awesome.
Read more
2 people found this helpful
Helpful
Report abuse

William Richards
5.0 out of 5 stars As described
Reviewed in the United States on December 31, 2019
Verified Purchase
As described
Read more
Helpful
Report abuse

Adam H.
5.0 out of 5 stars Original sound like no other!!
Reviewed in the United States on January 2, 2019
Verified Purchase
Great band.
Read more
Helpful
Report abuse

Hiroshi13
4.0 out of 5 stars Tomorrow We Die Alive
Reviewed in the United States on December 27, 2013
Verified Purchase
Sounds alot like The Discovery which is why I like it so much. Wonder how well this will translate live though since they only have one guitarist now.
Read more
One person found this helpful
Helpful
Report abuse

dreilly773
5.0 out of 5 stars Very Cool
Reviewed in the United States on April 6, 2014
Verified Purchase
Found this album in my "Recommended For You" section, and I am not disappointed. I definitely look forward to seeing what else this band has out there.
Read more
Helpful
Report abuse
See all reviews

Harvey
5.0 out of 5 stars amazing album, HEAVILY RECOMMENDED
Reviewed in the United Kingdom on January 7, 2015
Verified Purchase
If you've never listened to born of Osiris and are considering giving this album a go then buy it NOW, whack up your bass and master volume and give this a go, it will blow you away.

Excellent album. Incredibly where the blend of electronic with metal has often killed off a bands sound, born of oisiris has made it into their very own genre almost in giving a heavy yet melodic sound without turning the SLIGHTEST bit soft, divergency's breakdown is a perfect example of this and is just phenomenally brilliant; a masterpiece.

Amazon Customer
5.0 out of 5 stars My son is a fan and enjoyed it.
Reviewed in the United Kingdom on October 10, 2019
Verified Purchase
Bought for my son.
Read more
Report abuse

Toni
4.0 out of 5 stars Not as good as The Discovery...
Reviewed in Canada on May 17, 2016
Verified Purchase
...but I know you've already read that a hundred different times.

This record gives me a futuristic vibe. The electronics, the vocals, and the chorus structures all cradle this type of sound. The songs are more straight-forward in the way they're written and presented, and sometimes they come off almost similarly. The album flows well, with each song being roughly the same length and each song ending into the next.

If you were a fan of The Discovery, I'd recommend this album. Even though I wouldn't consider it to be as great, there's still much that is on this record that fans of the last one will dig. Some of Born of Osiris' best songs are here.

Joe is another note here. He has always had vocal presence, but on this release he really starts taking a more prominent role in that regard especially in the choruses.