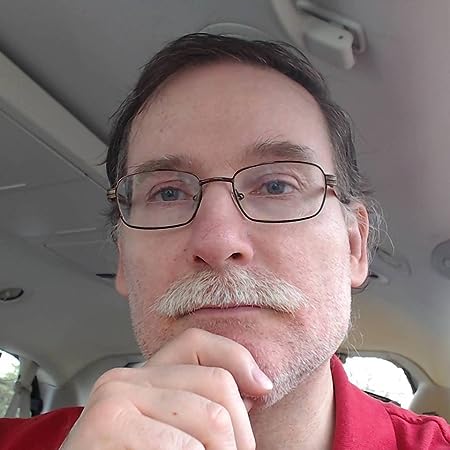 I started inventing board games in 1987, but my first attempts at it were crude. My fourth board game was the beginnings of Tines and Barbs. I have added to it by expanding its abilities over time. My last rule change for the game occurred in 2005 when I gave the Thorns the ability to set one shield. I also created four non-standard ways to play the game in 2011. So Tines and Barbs has given me many many years of inventing happiness. It is an amazing game.

Along the way, I had an idea about conic sections in math. It took me ten years, but I turned it into a full blown college course. It is set for a college algebra graduate. Of course, if the student has had more math than this, then the book is accessible as well.

I love playing the piano, and I work on my compositions for it. Some people say I play amazingly well, and I won't disagree. However, I would like to have some formal training.

I love writing about a wide variety of subjects. I endeavor to write more books over time; however, I do not really have my next project firmly decided yet. When I do figure out what it is, I will get it done as quickly as possible.

I just completed Caissa's Daughter, which I will say I had a lot of fun writing. It is a nice entertaining exposure to my work.

I have now invented five board games after Tines and Barbs, so my creativity spark has visited me again!! I don't invent unless I have the inspiration for it. I am a big believer of inspiration providing the core of a creative project. That core is refined by craftsmanship, and so my five new board games have given me the creativity happiness that Tines and Barbs once gave me. So, I am now hopeful to bring my games, rating system, and new tournament design to a population of players to enjoy. Thank you. 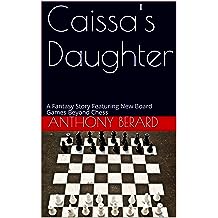 Caissa's Daughter: A Fantasy Story Featuring New Board Games Beyond Chess May 14, 2019
by Anthony Berard
$4.95
This is a fantasy story with science blended in about the new goddess Syzygy, who is the daughter of Caissa (the goddess of chess) and Hermes (the god of checkers). She is a strong female lead character. Because her parents were gods of board games, she is, too!! It is in her stock!!
Syzygy becomes the most powerful god in the universe, but she does not kill those who attack her. She wants them to be her friends, instead. She has battles with Poseidon, Zeus, Atlas, and Hercules; and they become her friends afterward. Before and after these battles, she is inventing new board games. They get described in the story, and some are fully described so as to be able to play.
There does come an intruder from outside our universe, who is more powerful than Syzygy. She engages in a battle to the death with him. Read the story to find out about this battle, who won it, and the aftermath to our very own universe!!
The author shamelessly puts himself in the story to describe other necessary components of his work to create a complete gaming environment for the board game player--his new rating system and new tournament design.
This is a great read in and of itself because it blends mythology and science very well to create a very original work that has a lot of layers to it beyond the mere showcasing of the author's games, rating system, and new tournament design.
Dr. Siegbert Tarrasch, a prominent chess player of the past, said "Chess, like love, like music, has the power to make men happy." However, chess also has the power to make men unhappy. It has this power because it has a tendency to draws as the most recent world championship with 12 straight draws attests. Over the last 150 years of chess history, there have been many attempts to reduce the number of draws associated with the game, and all such attempts have failed in one way or another. Why is this the case? The answer is so obvious, really. It is because chess itself needs to be upgraded, which I have done. The new chess variant I created to solve this vexing problem is called Fighting Chess, and it is featured in the story.
I have invented five other board games, and these are all featured in the story, too. These games are all constructed very well. They all provide an excellent gaming experience, and they won't lead to the vexing draw problem as seen in chess because they were invented specifically not to have that problem.
Reading this story will expose the reader to my work in a nice setting that is entertaining. If you have read this far, then you should really consider reading my book. I have been developing board games for over 30 years, and I have gotten very good at it. My stuff is world class and will reward the student who embarks on the journey of learning the game's secrets in a more satisfying way than chess.
At some point (hopefully in the near future), we will host the games featured in this book on the website www.tinesandbarbs.com. Thank you.
Read more