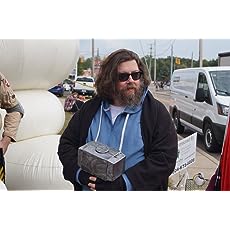 Tony Breeden is an author, creation speaker, apologist and Gospel preacher from West Virginia. He is the founder of DefGen.org and Exotheology.org. He got the writing bug as a child when his late aunt Sharon helped him make his very first book about dinosaurs, vigorously illustrated in crayon.

Luckbane, the first novel in the Otherworld series, was published on Friday 13th of September '13.

He is currently writing the next Otherworld novel, the next John Lazarus adventure, John Lazarus: Mann from Midwich, and a children's book called The T-Rex and the Fuzzy Bunnies: A Bedtime Story for Boys.


You can find out more about his books at http://TonyBreedenBooks.com and on Facebook at http://facebook.com/tonybreedenbooks

Read excerpts of his books at http://wattpad.com/TonyBreeden
Read more 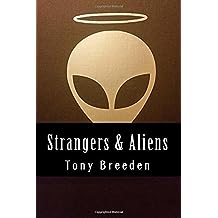 Strangers & Aliens: A Christian sci-fi author examines the argument for extraterrestrial life Nov 26, 2016
by Tony Breeden
( 2 )
$2.99
Strange lights in the sky? Tales of abduction and sinister cover ups? Are aliens behind the UFO phenomenon? Do they exist at all? Can a Christian believe that God created extraterrestrials? Would ET need to be saved? Does the Bible have anything to say about all of this? Are angels and aliens the same thing? Are aliens really just fallen angels in disguise? What is the truth?

Find out the answers to these questions and more with Christian apologist and science fiction author Tony Breeden in the book that has quickly become the Most Hated Book in Creationism.
Read more
Other Formats: Paperback 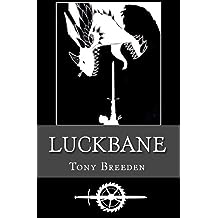 Luckbane (Otherworld Book 1) Sep 15, 2013
by Tony Breeden
( 16 )
$2.99
In a dystopian future, online gaming is the ultimate escape… until one corporation gives a few lucky players the chance to play their favorite sword and sorcery game live and in person on a distant planet. In the inaugural Øtherworld campaign, the winners will face monsters, magic, warriors, dragons, and betrayal as they quest to find a weapon capable of stopping the dreaded Firelord and his armies. For one lowly janitor-turned-alchemical adventurer, the stakes are much higher. Someone wants him very, very dead. And in a world where no one is who they seem to be, Jarrod Luckbane has no idea who he can trust. Everything is NOT under control.
Read more
Other Formats: Paperback 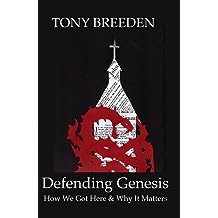 Defending Genesis: How We Got Here & Why It Matters Jan 19, 2015
by Tony Breeden
( 1 )
$2.99
How did we get here? Are we the product of a benevolent Creator who spoke the cosmos and everything else into existence over the course of six calendar days about 6,000 years ago? Or are we the product of all-natural processes consistent with those we observe today taking place over the course of millions and millions of years? Do we have to choose? Are science and religion two different but complementary forms of truth, or do we have to choose one as our ultimate authority? Can trust the Bible as true history, or must we interpret it as a teaching myth, like Aesop's fables? What are the consequences if we do?

Christian apologist and science fiction author Tony Breeden explores the ramifications of the Origins Argument and demonstrates that, ultimately, the debate is not about facts or even about science. It's about authority: The revealed Word of God versus the word of all-natural science. The question is: which authority best explains the world we live in?
Read more
Other Formats: Paperback 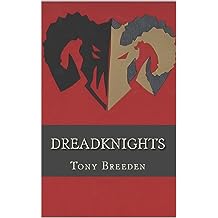 The future can be a dark place, but when a teenage girl gets the chance to play her Ogress Bloodskull character for the Dreadknights in Guild Wars, she also finds that she has a shot at a real future playing the game she loves on a terraformed alien world. Of course, nothing is a sure bet in Guild Wars. To win the prize, Bloodskull and her teammates will have to beat out rival guilds like the Golden Gears, Neverdeath and her old cronies in Doomsmack. Through betrayal, friendly fire, sabotage and impossible odds, Christine must prove she has what it takes both in and out of the game. But will she seize the prize or wind up toiling away in her aunt's earthbound dream of farm life?

Shake the pillars of Hades! The Dreadknights are coming!
Read more
Other Formats: Paperback 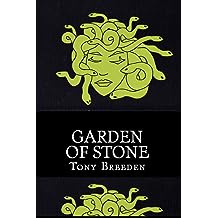 Garden of Stone: A Prequel to Soulbright (Otherworld) Sep 29, 2014
by Tony Breeden , Gremlin Graphix
$0.99
In order to find the next piece of the Soulbright amulet, an artifact with the power to turn even the most powerful vampires mortal, Copper "Gloryhound" Gallows braves the deadliest labyrinth in Impworld: the Garden of Stone. But can he get himself and his friends out of the Garden alive with vampyres and medusans trying to stop him? And will it be worth the sacrifice? 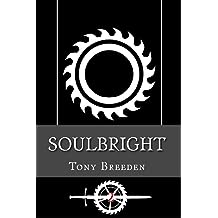 Copernicus Gallows faces orcs, vampyres, lycanthropes, technomancers, the living dead, and betrayal on his quest to find the next piece of an artifact that has the power to end his most powerful foe: Impunus, the brat prince of vampyres.

For glory or death.

To win the prize and foil an ancient prophecy that spells doom for his quest, Copper must brave the Accursed City of Mot Hadrall. Described a campaign killer and a gamer's graveyard, the City of Eternal Night boasts an 85 percent kill rate. Armed with a bloodthirsty render and an iron resolve, Copper will face his greatest enemy in Mot Hadrall’s Dread Quarter: his own dark heart.
Read more
Other Formats: Paperback 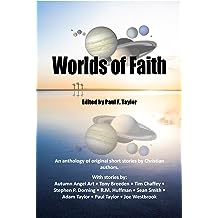 Worlds of Faith: An Anthology of Original Christian Short Stories Jan 24, 2014
by Paul Taylor , Sean T. Smith
( 2 )
$5.00
Worlds of Faith, edited by Paul F. Taylor, is a collection of short stories by Christian authors, mostly with a scifi or fantasy feel. Some of the included authors have had published novels. Others write non-fiction and are trying out fiction for the first time. Still others are completely new to publishing. We hope that you will enjoy this collection. For more information visit:
www.justsixdays.com/worldsoffaith
With authors:
Autumn Angel Art • Tony Breedon • Tim Chaffey • Stephen P. Dorning • R.M. Huffman • Sean Smith • Adam Taylor • Paul Taylor • Joe Westbrook
Read more
Other Formats: Paperback 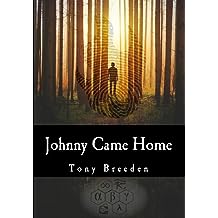 Johnny Came Home (A John Lazarus Adventure Book 1) Sep 30, 2012
by Tony Breeden
( 27 )
$2.99
Three years after the fire that took his home and his family, John Lazarus returns to the town of Midwich searching for answers to why he can do extraordinary things no one's ever seen outside of a comic book. Is he human? Alien? Something more? The answers lie within the Titan complex that overshadows Midwich. But someone else wants Titan's secrets too and will stop at nothing to make sure that she alone possesses them. One young man and his friends stands between Pandora and world domination in an action-packed, white-knuckled thrill ride that will leave you breathless!
Read more
Other Formats: Paperback