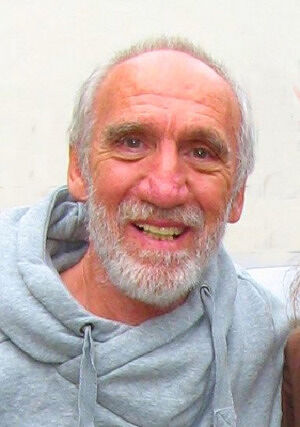 Tony Crisp is an internationally renowned expert on dreams and their interpretation and author of the best-selling Dream Dictionary: An A to Z Guide to Understanding Your Unconscious Mind, which has been translated into seven languages worldwide. Tony has worked at the vanguard of the personal development and self-help movement for more than fifty years, co-founding in the 1970s one of the first human growth centres in the UK. He has five children and lives alone in a cottage in Wales.

"Throughout more than four decades I have been involved in a personal search for the secrets of mind and spirit. In those years I have also been involved in teaching thousands of people techniques of deep relaxation, meditation, and methods of self exploration. Wanting to dig deep I explored the use of dreams and taught individuals and groups how to use these visions of the night to explore the deepest issues in themselves, and to touch the high ground of their spiritual awareness. I worked for twenty years as a psychotherapist using several approaches, one of which was a way of honouring the body as a doorway to the mind and emotions.

During the forty years of seeking the wild wondrous beasts of the soul and spirit, I dared my own inner adventure. But I also travelled with other people, sharing their experience of fear and wonder as they unveiled and set loose their fountain of perception. I have trod countless dream pathways, traversed the timeless with those using drugs, and wrestled with the vitality of the body as it mimed and shouted its deepest intuitions through movement, dance and voice.

So I write about dreams, about daring visions, about the power of growth and creativity within a person that attempts to burst through the restrictions and fears hemming in ones transformative power. They break through because the person dares to allow their habitual response to the world to be silenced for a while, so other voices, other views can be known. I write about this voice and vision that arises out of the silence for the person who willingly faces the ferment of discovering what their life means, and what understanding they can gather from the world around them. It is for those who do not mind the discomfort of doubt and of conjecture, because they are alive in spirit and forever taking in the new and restructuring their perception of life.

Very often we treat our own native genius, our own thrusting, living and magnificent perceptions like dangerous beasts to be held at bay lest they tear apart our attempts at building a safe concept of the world. But there is a natural bond linking us with these untamed forces in us that arises from the process of our life itself. The bond is that the forces active in the unconscious constantly strive for survival, and part of that striving is in the area of feeling, of knowing, of understanding. The struggle we see in our cells to maintain their equilibrium and identity exists also in our soul and mind. In finding an alliance instead of a state of war or suppression with this process within us, our life is enhanced, perhaps transformed." 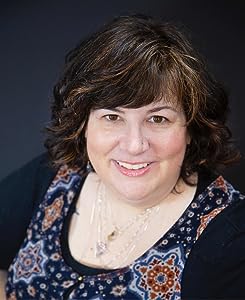 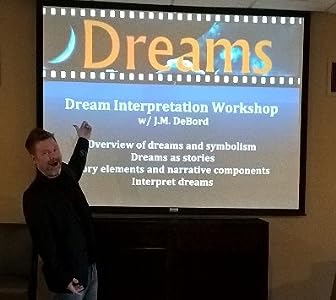 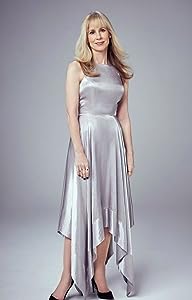 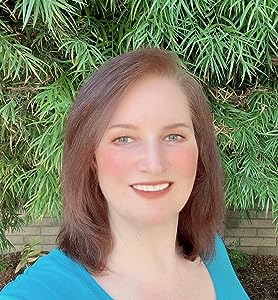 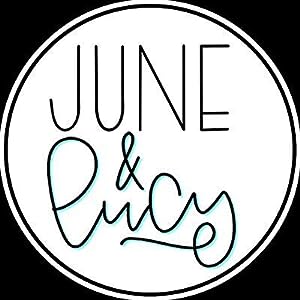 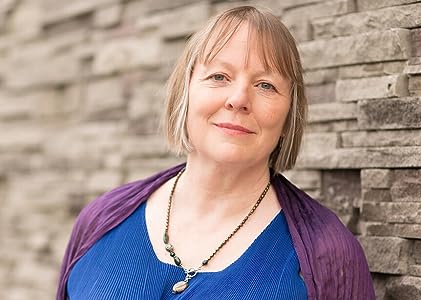 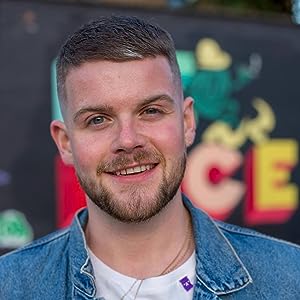 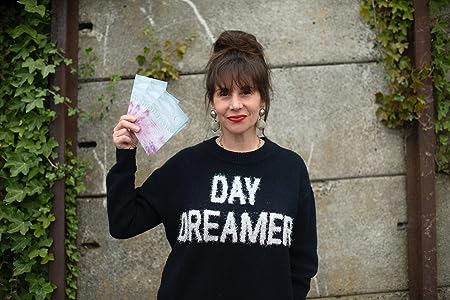 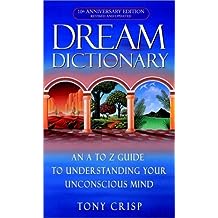 Dream Dictionary: An A-to-Z Guide to Understanding Your Unconscious Mind Dec 18, 2007
by Tony Crisp
( 616 )
$7.99
The ultimate Guide To Your Inner Self. Let dream therapist Tony Crisp be your guide on one of the most enlightened journeys you will ever take: into the world of your own subconcious mind. Based on material from thousands of dreams gathered during 22 years of research, Dream Dictionary is alphabetically organized to give you instant reference to:

Dream Symbols and their meaning.

Recurring dreams and their significance.

Nightmares -- what they reveal and how to banish them.

Sex, money, and color in your dreams.

Health and your dreams.

Dream archetypes -- what they mean and how to work with them. Problem solving -- how to unlock the extraordinary creative potential of your dreams, and much more!

From Abandoned To Zoo, here is the unique encyclopedia handbook that provides an authoritative history of dreams and dream research as well as original insight and essential information that will allow you to understand and use the rich material of your dreams.
Read more
Other Formats: Hardcover , Mass Market Paperback 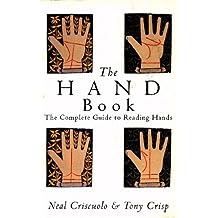 The Complete Guide to Reading Hands Jan 13, 2011
by Neal Criscuolo, Tony Crisp
$8.00
The hand is an ever changing part of the body which can reveal a wealth of information abo9u your character and life. This book will explain how you too can tap into this great source of information and insight. 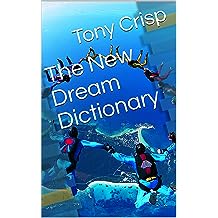 The New Dream Dictionary Mar 17, 2021
by Tony Crisp
( 3 )
$9.00
This is a new and much enlarged and improved version of the classic Dream Dictionary. The improvements include the working links that were missing in the previous version; also the book is massively enlarged because of the added Enyclopedia of Dreams. The enlargement has, in my opinion, made it a leader in its field. Not only has almost all entries been enlarged and improved, but the Dream Encyclopedia is a wonderful addition for those who want to delve deeply into their dreams.
Read more 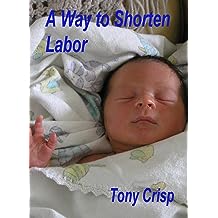 A Way to Shorten Labour Aug 30, 2011
by Tony Crisp
$4.00
The main statement in the book is that energy moves in straight lines unless it meets a resistance. When contractions occur the baby's body is pushed in a certain direction. If you imagine a line running through the baby's body and head, then the contractions push along that line to the head.

The wonderful thing that Janie McCoy King shows, is how to alter that situation, so the contractions push the baby towards being born. The personal description of the last three births is also given.
Read more 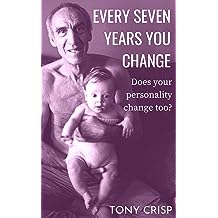 Every Seven Years You Change: Does Your Personality Change Too? Dec 10, 2011
by Tony Crisp
$8.00
A much enlarged version of are you the same person now that you were fifteen years ago? In fact, are you the same person you were just seven years ago? Most of us have heard the old saying that every cell in the body is changed over a period of years; but recent investigation has uncovered facts of far more significance to us as human beings. This concerns the emotional, physical and mental changes that seem to occur in approximate seven-year intervals. Renowned author and dream expert Tony Crisp takes you through each of the seven year cycles, from birth to old age, identifying the key stages of life along the way. A must-have for anyone interested in exploring and making sense of their own life's journey, enhanced by references to many of the great thinkers through the centuries along the way.
Read more 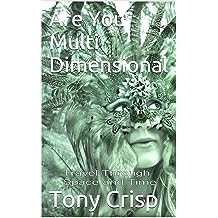 Are You Multidimensional: Travel Through Space and Time Nov 27, 2018
by Tony Crisp
$6.00
We all exist in a multi-dimensional world. You have a physical body which you can hold onto with your hands; but you also experience emotions and thoughts that you cannot hold with hands. Also, your consciousness is an extraordinary dimension of personal experience that science still does not understand. You are used to experiencing these different dimensions of human experience, but here is a way to use them.
Read more
Other Formats: Kindle , Paperback 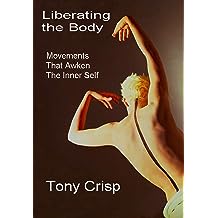 Liberating The Body: Movements That Awaken the Inner Self Nov 23, 2018
by Tony Crisp
( 2 )
$7.00
LEARN EXERCISES that allow your innate spontaneity to express as physical movements which tone your body, release tensions, and stimulate overall health.

LET THE NATURAL WISDOM IN YOU communicate through subtle feelings and body impulses. This balanced interaction between the facets of your being, never manage by most exercise systems, is a remarkable feature of Liberating the Body.

YOUR UNBELIEVABLE CREATIVITY is locked in the unconscious processes of your own body and mind. By liberating your body you can liberate your mind and discover the treasures of your own experience. 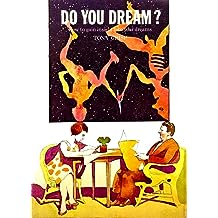 Do You Dream Dec 11, 2010
by Tony Crisp
( 2 )
$7.00
Originally published in 1971, it was one of the first books to deal with a personal approach to dreams in a meaningful and non clinical manner. It was also among the firsts to include a dream dictionary that was not about good and bad luck, and the ridiculous statements found in the books still published purporting to be about dream meanings. There was an attempt to base the dictionary on research into what people actually met when they explored their dreams.
Read more
Other Formats: Hardcover , Paperback 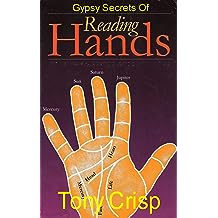 An Intuitive Look At Phalanges

An Intuitive Look At Fingernails

An Intuitive Look at The Life Line

An Intuitive Look At The Head Line

An Intuitive Look at The Heart Line

An Intuitive Look At The Fate Line

An Intuitive Look at The Sun Line

An Intuitive Look at The Hepatica or Health Line

Intuition as The Highest Probability

The High Art of Intuition 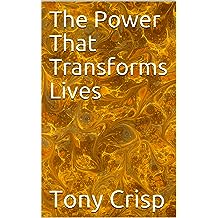 The Power That Transforms Lives Jul 9, 2020
by Tony Crisp
( 2 )
$4.00
Animals, being the unselfconscious manifestation of how life expresses, when they are ill are spontaneously moved to seek or do things to help the healing process. Animals seek to survive, and learn in the process. Often they are informed by what we call intuition and instinct. But we have those possibilities also, but often muffle them by our conscious desires and thoughts. So open your mind and imagination to the mystery at your core. Let it unfold its wisdom to you intuitively or in images.
Opening to the Life Streaming through you in this way starts the process during which you remember your origins. It is a time of letting the power that gives you Life flow more fully into awareness. It is a time you allow your potential and creativity to unfold. It is a time of cleansing and healing, equally as important as your daily wash. It is also a time when you open to allowing your hidden needs to be known and dealt with. In opening to the mystery you also become more conscious of being an integral part of the society and world you live in. You begin to feel your connection with the life of this planet and the universe that is the constant stage upon which you live your life.
Read more
Other Formats: Paperback 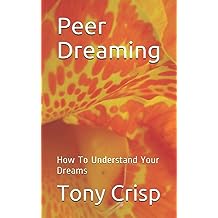 Peer Dreaming: How To Understand Your Dreams May 30, 2020
by Tony Crisp
( 1 )
$4.00
The way of working known as the Peer Dream Group came about from our experience that dreams are largely self explanatory if approached in the right way. An exterior expert or authority is not necessary for a profound experience of and insight into dreams if certain rules are respected and used. The dreamer is the ultimate expert on their own dream, and when treated as such, and supported in their exploration of their dream drama, they can powerfully explore and manifest the resources of their inner life.

The suggestions that follow have arisen from fifty years of dream work. They have been particularly tested with a number of small groups, and are usually employed with groups of three to five people, but often with just two people working together.
Read more
Other Formats: Paperback 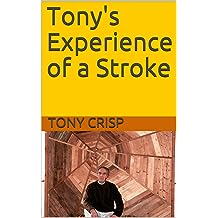 Tony's Experience of a Stroke Aug 6, 2016
by Tony Crisp
$3.76
An unusual and even inspirational description of this man's wondrous journey into having a stroke.
Read more
Other Formats: Paperback