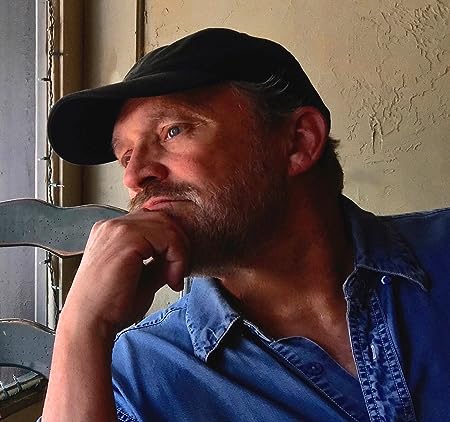 Tony Funderburk has been writing and singing about the rhyme and reason for life for most of his life. Tens of thousands of families have enjoyed his live shows as well as his CD releases. Tony's books and music for kids and families can be found in homes all across America and in a variety of other countries.

He had to memorize the songs he wrote because he didn't have any way of recording. Back then, studios were too expensive for the average singer songwriter. So...the words and music lived in his head...except for the scribbled chords above the lyrics he kept in those notebooks.

Tony transitioned his singer songwriter skills into full-time work as a professional musician for 25 years. During that time he also wrote and produced jingles for radio and eventually website commercials. These days Tony writes and produces songs and books in his own digital micro studio in the foothills of the Rocky Mountains in Colorado.

In Tony's world you can always...

* and dream all the way up to smiling moons and stars

Here's to Rhyme and Reason! 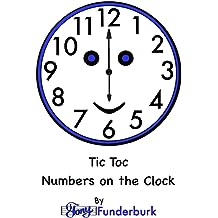 Tic Toc Numbers on the Clock Apr 30, 2019
by Tony Funderburk
$2.99
Take a trip around the clock with this super short bedtime story for kids. It helps little kids recognize the numbers and remember them with rhymes. Next time your boy or girl says, “Read me one more story” pick up Tic Toc Numbers on the Clock. They’ll love the rhymes, and you’ll love finishing fast.
Read more
Other Formats: Paperback 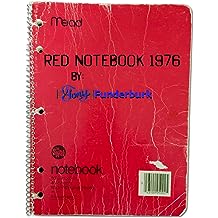 The Red Notebook 1976 Apr 12, 2019
by Tony Funderburk
$2.99
The Rhyme and Reason author, Tony Funderburk, shares ramblings, musings, and imaginary thoughts written down in a spiral notebook back in 1976. Each page is a scanned image of the actual handwritten prose and poetry.
Read more 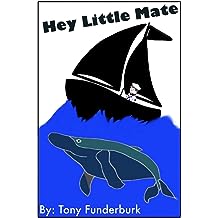 Hey Little Mate Apr 10, 2019
by Tony Funderburk
$4.00
You might not think nautical books for kids would make good short bedtime stories, but you'll change your mind when you read, Hey Little Mate. It's a rhyming book that takes your little one on a short, high seas adventure, as the first mate, in search of the humpback whale.
Read more
Other Formats: Paperback 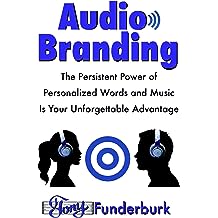 Audio Branding: The Persistent Power of Personalized Words and Music is Your Unforgettable Advantage May 16, 2018
by Tony Funderburk
$2.99
What do clients say after working with Tony Funderburk, the author of this book? Things like this:

"As a business owner who relies heavily on video and creative ad copy for marketing to prospects, I have to look no further than the services of Tony Funderburk." Scott Evans

"...he is creative, timely and reliable. I am more than pleased with the quality and professionalism of his work. Thank you Tony!" Ronda Macrory

“Great song” Ruth – “That’s awesome! Great work!” Nikka – “So creative and awesome!” Carol – “Cool Beans” Kevin – “Wow! How fun that you put this together, Tony! It’s pretty catchy and put a smile on my face; so thanks!” Lorina – “Love it!” Linda – “Great Song Great Message Great Tunes.” Edie – “Very cool Tony!!” Ryan – “Hey Tony… do you mind if my kids do a puppet version of this song to share?” Jenni (from Jim Cockrum Events - CES V Seminar 2017)

Whether you're looking for a way for your business to stand out from the advertising crowd...or a way to help others stand out, Audio Branding is filled with methods, principles, and strategies to help spark your ideas and creativity. 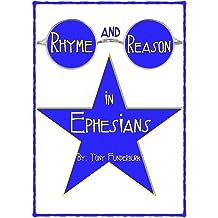 Rhyme And Reason In Ephesians Apr 29, 2016
by Tony Funderburk
$3.99
Discover more of God's love for you in the Rhyme and Reason you'll find in Ephesians. And enjoy simple rhymes to help you remember different passages.
Read more
Other Formats: Paperback 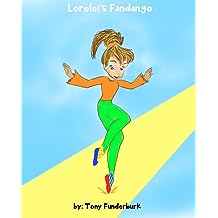 Lorelei's Fandango Jul 14, 2015
by Tony Funderburk
$1.99
Lorelei is shy. But a whole lot of tapping is gonna change all that. Have fun flying with her as she dances on Fandango Street in the sky.
Read more 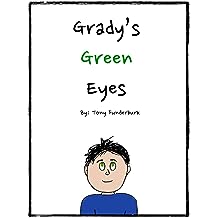 Grady's Green Eyes Jan 5, 2015
by Tony Funderburk
$2.99
You wouldn't think green eyes would keep you awake at night. But then, you're not Grady. And Grady's green eyes do something very strange at night. They glow. So, what's a glowing, green-eyed boy to do? Well, read this rhyming picture book and find out.
Read more 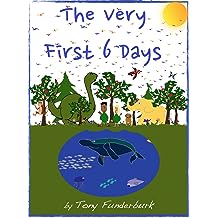 The Very First 6 Days Sep 12, 2014
by Tony Funderburk
$4.99
“The Very First 6 Days” is all about how your living, loving God created the universe, all the stars, the birds and sea creatures, the sun and moon, the grass and trees, the land animals, and the first man and first woman…all in only 6 days…just because it pleased Him.
Read more
Other Formats: Paperback 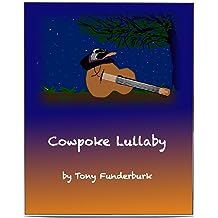 Cowpoke Lullaby (Bedtime Buckaroos Book 4) Mar 2, 2013
by Tony Funderburk
$3.00
Imagine a night under the stars with only the crickets and the cattle and coyotes to sing you to sleep. OK, close your eyes and let the cowpoke lullaby yodel you to sleep.
Read more 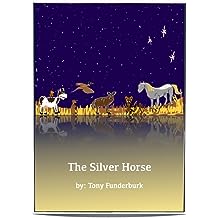 The Silver Horse (Bedtime Buckaroos Book 3) Feb 8, 2013
by Tony Funderburk
$3.00
Don't have time for a long reading...but still want to share a bedtime story with your little one? "The Silver Horse" is a quick read about some prairie creatures who spot a sparkling silver horse. See what they do when the horse lands right by them and they see how beautiful it is. Based on the song by the same name from the popular "Bedtime Buckaroos" series...
Read more 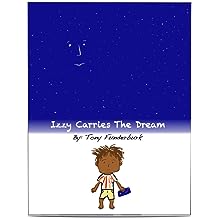 Izzy Carries The Dream Jan 19, 2013
by Tony Funderburk
$3.00
What would you do...what could you do, if you didn't know if you were asleep or awake? That was Izzy's problem. And he didn't even see how close his dream was. 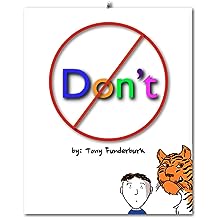 Don't Oct 9, 2012
by Tony Funderburk
$3.00
Children's writer, Tony Funderburk, has compiled a list of things you don't want your kids to ever ever do. But don't worry. They can't do any of these things even if they try.
This is another of Tony's ebooks for kids that goes with a special song.

Read the book, enjoy the pictures, and then go get the song. You "Don't" wanna miss out on the fun.