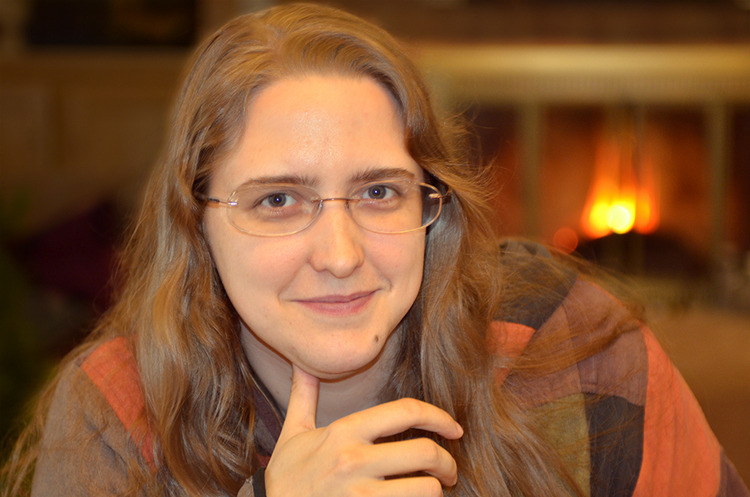 Palmer's fiction debut is the ambitious and colorful first installment of her Terra Ignota series, following the political intrigues of Mycroft Canner, a convict who, as punishment for his crimes, becomes the servant of all he meets. The setting is a richly depicted future where gender is concealed, people live in carefully coded sects, and theology is pick-and-choose. Mycroft is tasked with hiding a child whose existence could cause chaos; this is no easy feat, and he and those around him are soon plunged into the world of high politics. Palmer's prose is written with an Enlightenment sensibility, deliberately dense and ponderous. This stylistic decision can be engaging, especially in the tÃªte-Ã -tÃªtes between Mycroft and the reader, but the heaviness detracts from what might otherwise be an engrossing plot. Mycroft is a witty unreliable narrator whose own biases color the world brought before the reader; it lurches between hellish and utopian. Palmer proves that the boundaries of science fiction can be pushed and that history and the future can be married together. Agent: Amy Boggs, Donald Maass Literary. (May)\n

Praise for Book 1 of Terra Ignota, Too Like the Lightning

“More intricate, more plausible, more significant than any debut I can recall…If you read a debut novel this year, make it Too Like the Lightning.” ―Cory Doctorow

“Astonishingly dense, accomplished and well-realized, with a future that feels real in both its strangeness and its familiarity.”―RT Book Reviews (Top Pick)

“A breathless and devious intellectual page-turner, Seven Surrenders veers expertly between love, murder, mayhem, parenthood, theology, and high politics. I haven't had this much fun with a book in a long time.” ―Max Gladstone

“A breathless and devious intellectual page-turner, Seven Surrenders veers expertly between love, murder, mayhem, parenthood, theology, and high politics. I haven't had this much fun with a book in a long time.” ―Max Gladstone

"Palmer crafts one of the most compelling narrative voices around in describing this impossible, fascinating and plausibly contradictory world." ―RT Book Reviews, 4-1/2 stars

“Devastatingly accomplished…An arch and playful narrative that combines the conscious irreverence of the best of 18th-century philosophy with the high-octane heat of an epic science fiction thriller.” ―Liz Bourke

“Palmer proves that the boundaries of science fiction can be pushed and the history and the future can be married together.” ―Publishers Weekly

Praise for Book 3 of Terra Ignota, The Will to Battle

"It is increasingly clear that we are in the hands of a new master of the genre....There's a resonance and richness to the Terra Ignota series that is like almost nothing else being written today." ―RT Book Reviews, 5 stars

"One appreciates the wry humor and the ingenious depth of her worldbuilding. The interplay between reader and narrator is especially enjoyable." ―Publishers Weekly

"Any reader who has ever thrilled to the intricate machinations of the Dune books, or the Instrumentality tales of Cordwainer Smith, or the sensual, tactile, lived-in futures of Delany or M. John Harrison... will enjoy the mental and emotional workout offered by Palmer’s challenging Terra Ignota cycle." ―Locus

"This series is one the best things that has happened to science fiction in the 21st Century and I can’t hardly wait to see where Ada Palmer is going to take us with Perhaps the Stars." ―SffWorld

ADA PALMER is a professor in the history department of the University of Chicago, specializing in Renaissance history and the history of ideas. Her first nonfiction book, Reading Lucretius in the Renaissance, was published in 2014 by Harvard University Press. She is also a composer of folk and Renaissance-tinged a capella music, most of which she performs with the group Sassafrass. Her personal site is at adapalmer.com, and she writes about history for a popular audience at exurbe.com and about SF and fantasy-related matters at Tor.com.

The third book of her Terra Ignota series, The Will to Battle, will be released December 2017.

Page 1 of 1 Start overPage 1 of 1
This shopping feature will continue to load items when the Enter key is pressed. In order to navigate out of this carousel please use your heading shortcut key to navigate to the next or previous heading.
Back
Next
Pages with related products. See and discover other items: tor books