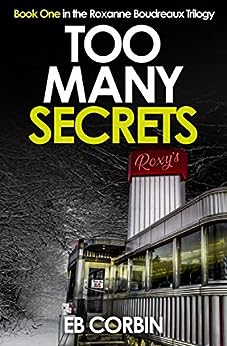 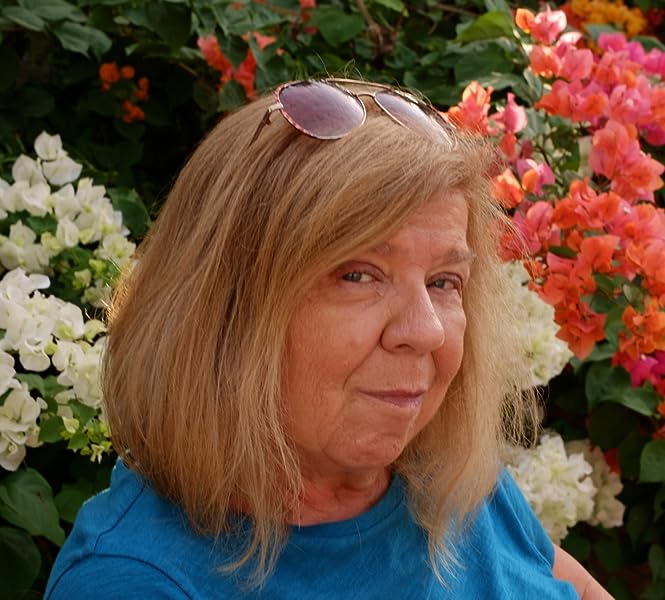 Too Many Secrets: Book One in the Roxanne Boudreaux Trilogy Kindle Edition

A suspenseful mystery/thriller with a hint of romance

Roxanne never knew her Aunt Roxy existed until notified of the woman's death. Named as sole heir to her aunt's estate, the Pittsburgh attorney finds herself in a world of trouble she never anticipated.

Intent on securing a partnership in her law firm, Roxanne at first dismisses her inheritance as irrelevent. But after an abrupt end to a serious relationship, she travels to Oilville, PA where she runs into more problems than she expected. She reluctantly accepts help from Diplomatic Security Service agent, John Callahan, whose grandfather was a neighbor of Roxanne's deceased aunt.

They encounter several deadly obstacles, including a member of the Irish Republican Army sent to retrieve money hidden years ago.

She also has no idea what to do with her small-town legacy when a shocking revelation from her mother adds to Roxanne's confusion.

As the chaos in her life grows, can she overcome the threats and turmoil?

Will she let Callahan defend her or go it alone?

"I would definitely recommend this to my cozy mystery customers." Bookseller in Michigan

This trilogy by EB Corbin is a new addition to the cozy mystery/romantic suspense tradition of Melinda Leigh, Kendra Elliot, Leigh Ann Dobbs and Josie Brown.

Limited-Time Offer
3 Months FREE of Audible Premium Plus. Get this deal
All 3 for you in this series See full series

Exceptionally well-written, Edana Corbin has churned out an absorbing, but easy-to-read mystery for her readers. Lots of dialogue keeps the action moving along quickly; an interesting assortment of colourful and realistic characters come alive on the page; romance is in the air; and best of all, the plot just never stops unfolding: even the last sentence of the story throws readers an unexpected and definitely unforeseen curve ball. What a way to interest us in the second book of the Roxanne Boudreaux Trilogy. Can't wait to read it!

The Roxanne Boudreaux Trilogy is a mystery/suspense/romance novel by the author, using pen name of EB Corbin to include all the great input and developmental editing from her husband, Bob. First and second books of the trilogy were released in fall/winter of 2017, third book was released in May 2018. All books are available at amazon.com under the author name of EB Corbin.

A new series based on two characters from the final book of the trilogy is also available.Titled, "Death With Dignity" if follows Sam Turner and Henry Samuels as they travel around the US to return the money Sam's father stole from many in his notorious con game.

She lived in Pittsburgh, PA until 2015 when she "temporarily" moved to Ecuador with her songwriter/musician husband. They currently live in Ballenita, Santa Elena Province, Ecuador on the western coast of South America with the Pacific Ocean as their front yard. The term “temporary” is questionable after three exciting years.

Since her move, she’s completely focused on writing the fiction that had been accumulating in desk drawers in Pennsylvania.

Nuyrsev1
4.0 out of 5 stars An enjoyable read.
Reviewed in the United States 🇺🇸 on January 15, 2019
Verified Purchase
Roxanne inherits from an aunt she never knew existed. Thus begins her journey for the truth as she finds it. She meets several people along the way, some good, some bad. She slowly discovers a lot about herself and the life she now wants to lead. I'm glad I took this trip with her.
Read more
One person found this helpful
Helpful
Report abuse

Louise C
5.0 out of 5 stars Highly recommend this book, it is a great read.
Reviewed in the United States 🇺🇸 on December 28, 2018
Verified Purchase
Loved this action packed book with a great story line and twists and turns you don’t expect. The situations Roxanne found herself in were almost unbelievable! I was thrilled with the ending but what a surprise. Can’t wait to read the next book.
Read more
Helpful
Report abuse

Lisa from PA
5.0 out of 5 stars Wonderful first book
Reviewed in the United States 🇺🇸 on August 3, 2017
Verified Purchase
A new author with a book set in Western Pennsylvania, hmmm, a murder mystery too! Right up my alley!
I enjoyed this book from the couple pages. Fast moving, easy to keep the characters and the plot straight. A couple typos but nothing too bad. I can't wait for book 2 in December. Good job!
Read more
7 people found this helpful
Helpful
Report abuse

Cookie
5.0 out of 5 stars Good read
Reviewed in the United States 🇺🇸 on September 27, 2019
Verified Purchase
I enjoyed the story line very much. Great book. I liked the historical references but I was a little sad that Patty couldn’t be redeemed.
Read more
Helpful
Report abuse

billie Jo
5.0 out of 5 stars I'm in love again.
Reviewed in the United States 🇺🇸 on February 2, 2019
Verified Purchase
I have not had a book to get me so wrapped up since before Thanksgiving. I have stayed up all night to finish this book. It was everything a book should be.
Read more
One person found this helpful
Helpful
Report abuse

Amazon Customer
4.0 out of 5 stars A nice casual read.
Reviewed in the United States 🇺🇸 on August 19, 2017
Verified Purchase
Well written, a nice easy read. Good character development for the 1st of a trilogy. ome of the scenarios were a little predictable though.
Read more
Helpful
Report abuse

musiclover
5.0 out of 5 stars Kept me intrigued until the very end
Reviewed in the United States 🇺🇸 on July 7, 2018
Verified Purchase
This book kept me interested until the very end. Good book by a first time novelist. I enjoyed the setting as I’m originally from Pittsburgh. Looking forward to reading the next book in the series.
Read more
2 people found this helpful
Helpful
Report abuse
See all reviews

mqdiesel
5.0 out of 5 stars A great read!
Reviewed in Canada 🇨🇦 on September 28, 2018
Verified Purchase
Well written & action from the beginning to the end. The characters were engaging & credible, just when I thought
I had it all figured out.... surprise!!!!
Read more
Report abuse
See all reviews
Report an issue
Does this item contain inappropriate content?
Report
Do you believe that this item violates a copyright?
Report
Does this item contain quality or formatting issues?
Report