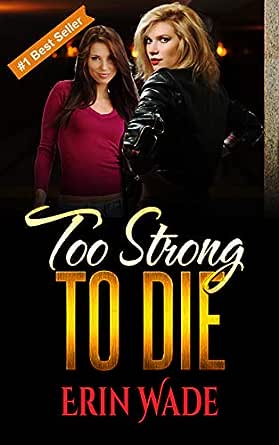 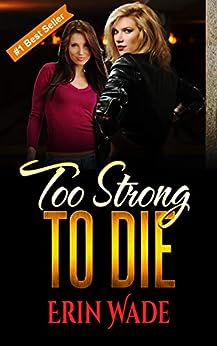 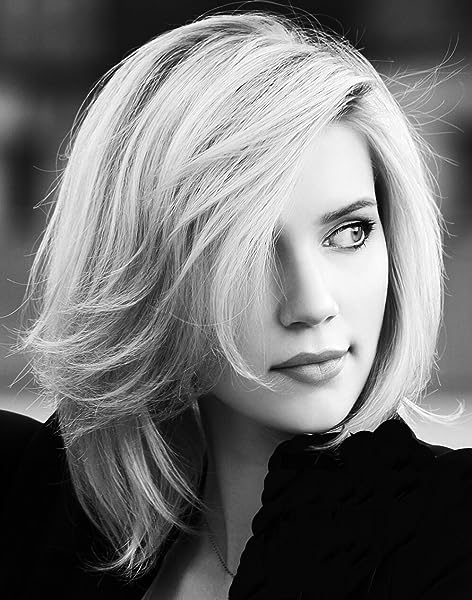 Too Strong to Die Kindle Edition

With a degree in accounting, I set out to conquer my quiet little corner of the world. My plan was to work for a major accounting firm and live a comfortable life. One never knows where fate will lead. I soon discovered I liked taking chances and started acquiring small parcels of land to resale. Within a year, I found myself immersed in the fast world of land brokering. My native state, Texas, is a wide-open community of wonderful people and vast amounts of land. Opportunities in Texas are limitless. Texas and the fact that I am a workaholic were the perfect recipe for success. I have visited every state in the U.S. and lived in some, but Texas is always the one that calls me home. I thought I had the world by the tail; a nice little ranch that bordered a Texas lake, a horse and a few head of cattle. Life was good. Then I met a woman and life was no longer good, it was amazing. Now my life is an adventure of love and laughter. My partner encouraged me to begin writing. I published my first book in 2014 and have been successful in the Mystery/Suspense genre. Too Strong to Die is my first gay book. I am proud to say that after one week, on 2/1/2017, it is the #1 (Paid) Lesbian book on Amazon. Thank you so much for making it happen. --This text refers to the paperback edition.

Karen Wood
2.0 out of 5 stars Authors Derogatory Statements take Away from her Storytelling
Reviewed in the United States on August 17, 2017
Verified Purchase
Erin Wade is a good storyteller. This book had a juicy mystery, an interesting romance, and was just the kind of enjoyable candy I like to read for relaxation....EXCEPT I kept being jarred by praise of all things conservative and right wing, with derogatory descriptions of other points of view. Hearing another side to controversial social issues doesn't bother me -- it could have been a 'teaching moment' for Ms. Wade to explain why Texans want a wall between them and Mexico. But her views were stated in a derogatory way - not just by her characters (which could be understandable), but in the narration as well. I read to relax and enjoy, not be irritated every five pages by smug political rants (i.e., "liberal nuts," "lame-stream media," etc.). I started to wonder if the book were written by a male Trump supporter and apologist! All of this aside, there were some proofreading errors that were also distracting. She needs a better editor and proofreader. Someone who might have tempered her derogatory statements a bit and corrected the errors. Example: Going back and forth between "Senator Richmond" and "Senator Richardson." It's really too bad, because, as I said, she's a interesting storyteller. I am a voracious reader of lesbian books--I buy a lot of them. When I find a good book, I read everything by that author. I won't be reading any more of Ms. Wade's stuff. Her bias is so distracting, it takes away from her story. Really too bad.
Read more
37 people found this helpful
Helpful
Comment Report abuse

Dog4
3.0 out of 5 stars Don't read this if you are a democrat
Reviewed in the United States on January 31, 2019
Verified Purchase
While the writer is a decent but not spectacular writer, she has made a mistake inserting strong far right politics in this book--policies she supports. Honestly, I am not sure she even deep down likes gays. I am so sorry I wasted money on her other books before seeing this one.
Read more
13 people found this helpful
Helpful
Comment Report abuse

Diane F. Dodson
4.0 out of 5 stars A Good Read for Those Rainy Days
Reviewed in the United States on April 9, 2018
Verified Purchase
Great story line and suspenseful to the end. I would have liked to have seen the author develop the two main characters a bit more. Perhaps she will make this into a series and the characters will be expanded upon for the reader. A wonderful read to drift off into another world with these two main characters. I found the book entertaining and I am grateful that the author is churning out novels with a lesbian theme and strong female characters with a happy ending. I will continue to read her novels and encourage others to do as well. I read her books for entertainment and not for any political comments or justification for anything written in the book that may be perceived as political and different from my own beliefs, experiences. For example, the Texas border/wall. It is part of the story line and setting and could be considered a bit distracting; but it is a fictional novel set in Texas. Easy enough to keep at bay, ones thoughts if different from the written one, as the reader reads the developing relationship between the two characters.
Read more
One person found this helpful
Helpful
Comment Report abuse

Kindle Customer
5.0 out of 5 stars A Wonderful Read
Reviewed in the United States on February 3, 2017
Verified Purchase
I'll be honest, I didn't have a clue who the bad guy was right up till I had read 99 percent of the book, and that's only because they told me! I believe that Ms. Wade could continue with the adventures of Christine and Rickey! Of course, it's a great stand alone read. This one will keep you on your toes from beginning to the end. Follow these two gorgeous ladies all the way to the Governor's mansion with a few twists and turns along the way.
Read more
4 people found this helpful
Helpful
Comment Report abuse

Love2Read
5.0 out of 5 stars I will never see a motorcycle without thinking of this book
Reviewed in the United States on April 1, 2020
Verified Purchase
I have never seen so much action/romance and suspense packed into one book. The hot romance between a Texas Ranger and a Texas Senator sizzles but nothing compares to the situations they get themselves into. I still get chills when I recall their motorcycle chase. So well written and such a great job of bringing two people together from two different worlds. Congratulations Erin Wade for showing us how problems can be resolved in a contentious world.
Read more
Helpful
Comment Report abuse

Mirtha Siblesz
5.0 out of 5 stars Good book
Reviewed in the United States on June 19, 2019
Verified Purchase
I liked the story very much but I didn’t like the political slant so much. I understand that it was needed. It was Texas after all! The story line was intense and very suspenseful to the very. I liked Ricky and Chris and their chemistry was off the charts! It was a good story.
Read more
One person found this helpful
Helpful
Comment Report abuse

Snoho Rose
5.0 out of 5 stars This was riveting
Reviewed in the United States on April 6, 2019
Verified Purchase
Loved, loved this book. I couldn’t put it down. What Erin does is brilliant. Let us wonder about the love scenes.... we don’t have to read the details... that’s their private time and if you are unaware, you’re reading the wrong book. This was a win.
Read more
One person found this helpful
Helpful
Comment Report abuse

Erin F
5.0 out of 5 stars Loved it!
Reviewed in the United States on January 16, 2019
Verified Purchase
I loved this story! The story was great with enough players to really keep you guessing about who the bad guy is. The romance between Ricki and Chris is also very well done. While I think both characters are well developed, Chris had a bit more growth to overcome first the relationship shock and then holding onto the relationship.
Read more
One person found this helpful
Helpful
Comment Report abuse
See all reviews

woody
5.0 out of 5 stars Another wonderful book by Erin Wade.
Reviewed in the United Kingdom on August 1, 2018
Verified Purchase
Christine Richmond US Senator is charged with making sure that the wall between USA and Mexico gets built, so she needs protection. Which comes in the shape of Texas Ranger Ricky Strong. I loved these two characters, and they make it a to be read again book.
There is also a serial killer to contend with. Lots sub plots going on, fast paced action, tender love scenes, whodunit to work out, making this a cracking great book to read. Erin Wade has become one of my favourite authors. Although I do not personally agree with most of the politics expressed in the book, I recommend this exciting book.

Kindle Customer
5.0 out of 5 stars Absolutely brilliant
Reviewed in the United Kingdom on February 23, 2017
Verified Purchase
What a fantastic read,so many twists and turns.Its a complicated read lots of well written characters but it all fits together like a jigsaw puzzle.Ive read lots of who done it / crime thriller books but this one kept me guessing to the very end.Keep up the good work I hope you have more books in the pipeline ,I will look forward to reading them.
Read more
Report abuse

Ms A Mehmet
5.0 out of 5 stars Brilliant
Reviewed in the United Kingdom on June 28, 2019
Verified Purchase
What a brilliant book from the first to the last page it will keep you guessing strongly recommend. A great book.
Read more
Report abuse

Dolores
5.0 out of 5 stars Excellent
Reviewed in the United Kingdom on November 18, 2017
Verified Purchase
Thoroughly enjoyed this book. Full of drama. Plenty of twists in the story. Showed the senator had humility when hiding behind a tough persona. Loved it.
Read more
Report abuse
See all reviews