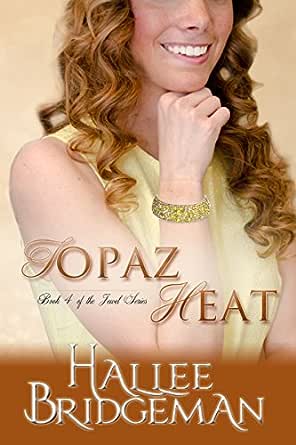 You've subscribed to The Jewel Series! We will preorder your items within 24 hours of when they become available. When new books are released, we'll charge your default payment method for the lowest price available during the pre-order period.
Update your device or payment method, cancel individual pre-orders or your subscription at
Your Memberships & Subscriptions
There was an error. We were unable to process your subscription due to an error. Please refresh and try again. 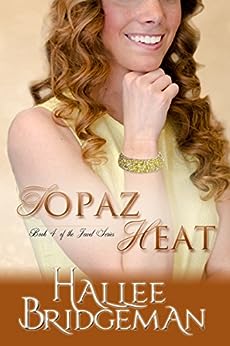 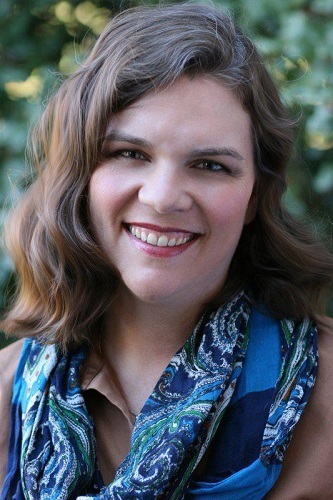 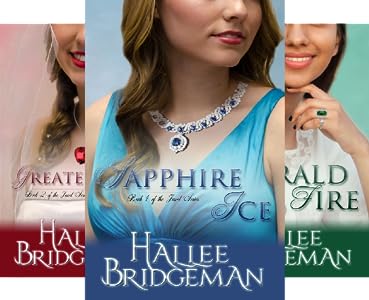 Hallee Bridgeman lives with her husband and their three children in small town Kentucky. When she's not writing Christian romance novels, she blogs about all things cooking and homemaking at www.HalleeTheHomemaker.com. Hallee started writing when her oldest child and only daughter was a baby, but a busy professional career and being the wife of a deployed soldier had her shelve her books for another time. Two more children, a cross country move, and God's perfect timing brought the books back to be dusted off and presented to you now. Hallee loves coffee, campy action movies, and regular date nights with her husband. Above all else, she loves God with all of her heart, soul, mind, and strength; has been redeemed by the blood of Jesus Christ; and relies on the presence of the Holy Spirit. She prays her books are a blessing to you and would love to hear back from you. --This text refers to an out of print or unavailable edition of this title.

4.8 out of 5 stars
4.8 out of 5
146 customer ratings
How does Amazon calculate star ratings?
Amazon calculates a product’s star ratings based on a machine learned model instead of a raw data average. The model takes into account factors including the age of a rating, whether the ratings are from verified purchasers, and factors that establish reviewer trustworthiness.
Top Reviews

Value Shopper
5.0 out of 5 stars A must read book!
Reviewed in the United States on February 16, 2020
Verified Purchase
I read the stories of her sisters, which touched me deeply, but this book is by far my favorite because of how it portrays the tender love as it develops. Both Sarah and Derrick have overcome such traumatic early lives, and faith has brought them forward and made them the strong, faithful individuals they are......but their path to love is bumpy and filled with trials. It struck me that there are many of us whose lives are filled with trials, and faith makes all the difference in whether we approach it with grace, or if we struggle and rail and rant. Derrick portrays such grace, both in the steadfast love he nursed for Sarah for ten years before she really saw him and appreciated him, and when his past catches up and threatens to swallow him.

Robin’s story was about her exhausting struggles to make ends meet before she met Tony. Maxine’s story was about Barry’s troubled marriage and their friendship and then the accident just as they begin to get close. So those books, while beautiful stories, dwelled only briefly on the love story. Sarah’s story on the other hand shows us many glimpses as their love unfolds, despite external drama.

Barbara Ann Derksen
5.0 out of 5 stars Nice ending to a great series
Reviewed in the United States on November 19, 2012
Verified Purchase
Robin, Maxine, and Sarah are introduced in Sapphire Ice as three young women working hard to overcome a background of fear, deprivation, and neglect, raised by a drug addicted mother. Robin's sense of responsibility pushes her to work two jobs, both in the food industry, to put her sisters through college. Maxine has graduated and is a very successful advertising executive but Robin refuses her help paying for Sarah's nursing degree.

These women, while coping with the fallout of their pasts, have landed on their feet with some real hang-ups about any long term relationship with a man. Robin does not entertain any relationship but comes face to face with a man just as determined to win her heart in Sapphire Ice. Tony, a born again believer with a street gang background appears to be the one person who might change her mind about the opposite sex.

Emerald Fire opens with Maxine and Barry on a collision course to a lasting relationship. Barry, best friend to Tony Viscolli and his corporate lawyer, discovers his estranged wife is pregnant with another man's child. His faith in a faithful God is tested when she dies in a skiing accident after Barry prayed for God to mend his marriage. Maxine comes to the rescue but before their relationship blossoms, Maxine is involved in a life threatening accident. Barry comes to her rescue while sister's Robin and Sarah look on.

In Topaz Heat, Sarah takes center stage as OB/GYN nurse in the large Boston Hospital. Her nemesis, Derrick, uses every opportunity to gain her attention after returning to Boston to run one of Tony Viscolli's hotels. Sarah has no memory of her early childhood. She was the only sister who was adopted out of her circumstances as a child and raised by loving Christian parents. Sarah cannot relate to Derrick's street wise background.

Rachel B.
2.0 out of 5 stars Not impressed
Reviewed in the United States on March 24, 2018
Verified Purchase
This was not the story I was looking for. The main character Sarah was completely FAKE. She went from hating the main male character Derrick, to being oh so in love with him in a matter of a few pages! I mean she really hated him! I'm still kind of confused on how the love thing even happened...(Oh wait, she suddenly got her memories back, everything is so clear now....)The whole relationship between these two was so unbelievable and the story itself so predictable that I really had a hard time finishing it. But I refused to be beaten by a book....thus 2 stars. Just a couple of other things that I shook my head at, the first being the lawyer Barry trying to convince a vegan to consume animal products. Vegans are vegan for a reason. I find it hard to believe that she would begin eating non vegan foods just because she remembered the reason she didn't like meat. If anything, it should have strengthened the resolve to be a vegan. The other thing was at the end of the book during Derrick's "life saving surgery" when the anesthesiologist tries to get the surgeon's attention by saying "doctor". Really? An anesthesiologist IS a doctor. The author made it seem like they didn't have the same credentials behind their name. Lastly, the last chapter of the book was nauseating...I puked 3 times before I finally made it through...and OMG the epilogue...
Read more
Helpful
Comment Report abuse
See all reviews from the United States

Valerie Baker
5.0 out of 5 stars Five Stars
Reviewed in the United Kingdom on September 9, 2017
Verified Purchase
Loved all the books in the series. Great writer.
Read more
Helpful
Sending feedback...
Thank you for your feedback.
Sorry, we failed to record your vote. Please try again
Report abuse

Sal
4.0 out of 5 stars Four Stars
Reviewed in the United Kingdom on February 26, 2015
Verified Purchase
Enjoyed the whole series but this book was my favourite. Good read
Read more
Helpful
Sending feedback...
Thank you for your feedback.
Sorry, we failed to record your vote. Please try again
Report abuse

P.J.J.
4.0 out of 5 stars the last in the Jewel Series
Reviewed in the United Kingdom on June 30, 2013
Verified Purchase
I did really enjoy this, maybe the odd cliché but still a good ending to a great series. Will look forward to reading more from Hallee Bridgeman.
Read more
Helpful
Sending feedback...
Thank you for your feedback.
Sorry, we failed to record your vote. Please try again
Report abuse

Lid
5.0 out of 5 stars A great read
Reviewed in the United Kingdom on February 24, 2014
Verified Purchase
I enjoyed every minute of reading it. I was just sorry to finish. I look forward to reading more by her.
Read more
Helpful
Sending feedback...
Thank you for your feedback.
Sorry, we failed to record your vote. Please try again
Report abuse

Red
5.0 out of 5 stars True family
Reviewed in the United Kingdom on June 9, 2013
Verified Purchase
When god is with you who can stand against you. Lovely read with a strong christian message to have faith in God.
Read more
Helpful
Sending feedback...
Thank you for your feedback.
Sorry, we failed to record your vote. Please try again
Report abuse
Load more international reviews

may brown
5.0 out of 5 stars great series
Reviewed in the United Kingdom on June 12, 2013
Verified Purchase
as first book ,read them all, just want to keep reading for non christians too so enjoyable, loved each one
Read more
Helpful
Sending feedback...
Thank you for your feedback.
Sorry, we failed to record your vote. Please try again
Report abuse

kim cumner
5.0 out of 5 stars Five Stars
Reviewed in the United Kingdom on December 30, 2014
Verified Purchase
Loved it.
Read more
Helpful
Sending feedback...
Thank you for your feedback.
Sorry, we failed to record your vote. Please try again
Report abuse

fi
3.0 out of 5 stars Simplistic writing
Reviewed in Canada on December 8, 2013
Verified Purchase
This book was ok but I prefer meatier material. The Christian theme was also ok, but again, I love authors from whom I can learn.
Read more
Helpful
Sending feedback...
Thank you for your feedback.
Sorry, we failed to record your vote. Please try again
Report abuse