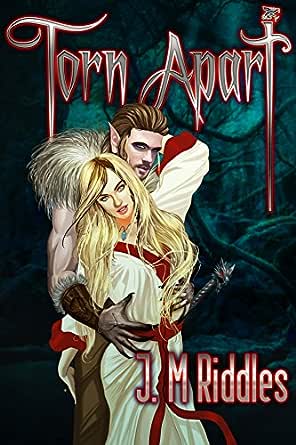 You've subscribed to Convergence! We will preorder your items within 24 hours of when they become available. When new books are released, we'll charge your default payment method for the lowest price available during the pre-order period.
Update your device or payment method, cancel individual pre-orders or your subscription at
Your Memberships & Subscriptions
There was an error. We were unable to process your subscription due to an error. Please refresh and try again. 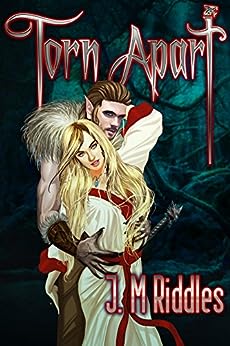 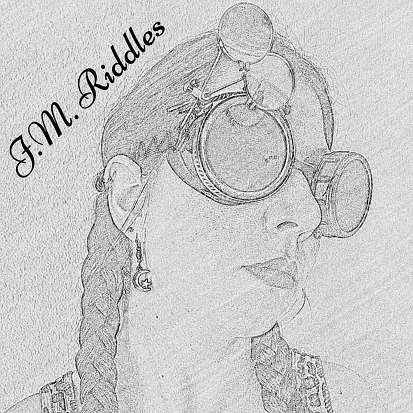 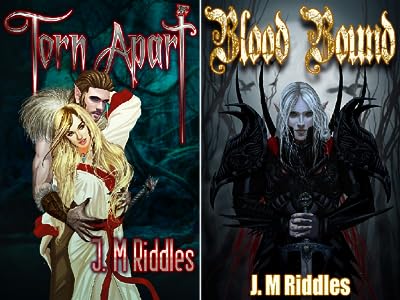 YesCyre
5.0 out of 5 stars A Must Read!
Reviewed in the United States on March 11, 2018
Verified Purchase
Torn Apart is an engaging and layered text. The author gives enough background information about the lore in the story to keep the reader informed.

The beginning of the story is sweet and paints a vivid picture of the history between the two main characters. As a person who loves children's stories I was sad for the characters to grow up because this part of the story is so inviting and sincere.

Once the characters grow up the story takes on a different quality as an action and romance text. The villians are easy to imagine and fear. You can't help but root for the progragonists and the story ends in a devilish cliffhanger.

I can't wait to read the next two books!
Read more
One person found this helpful
Helpful
Comment Report abuse

Nelly B
5.0 out of 5 stars Spell-binding book, great value
Reviewed in the United States on September 4, 2017
Verified Purchase
What a great read. I feel like it was the perfect balance of fantasy, action, and romance for what I want in a book. The storyline is amazing and the characters vibrant and empathetic. I'm excited to see a book II.
Read more
One person found this helpful
Helpful
Comment Report abuse

satxbookworm
VINE VOICE
4.0 out of 5 stars Star-Crossed Lovers Torn Apart
Reviewed in the United States on June 1, 2019
Pleasantly surprised by this fantastical story about a young girl who grew up different than the other children and an outcast by her peers because of her strength and otherness. Halea grew up knowing, at a young age, she would serve the dragon goddess killing demons and sealing tears to protect the world. Retreating to the forest after another failed attempt to play with neighborhood children, she crosses paths with Varg, a young shifter who is being groomed to become the next alpha to his people.
They keep their friendship hidden from their families and secretly meet in the forest. However, one night, both their families are forced to flee their homes and believe the other to be dead due to the overwhelming number of tears and Chaos Dimension breaches.
Never forgetting each other, their paths cross again years later but their lives have taken different paths which do not allow the other to be part of it.
I wasn’t sure what to expect from the book description and cover but soon discovered I truly enjoyed this heart felt story about star crossed lovers defeating all odds and would recommend to others.

Lord Froylan's fan
5.0 out of 5 stars So. Much. Fun!
Reviewed in the United States on February 22, 2020
This book was so much fun! Just because I take 4-6 months to read a book doesn't necessarily mean I DMFed it, and from the very start I knew I would enjoy this book.

A brief synopsis is this: Halea is a human girl who was born with nascent priestess superpowers from the dragon goddess Tiamet. She can run fast, heal injuries a bit faster than normal and punch really hard. Without training, she would live a normal life but as a slightly stronger and resilient human. For better or worse, her uncle is a cleric of the Tiamet order and feels very proud that his own descendant was chosen and is just waiting for her to get older to begin her training as a formal priestess that will be granted immortality in exchange she might end up chosen as the sacrifice for a magical ritual that seals the tears of the demon dimension that threatens to destroy her world.

All of these difficult revelations mean little to Halea as a child. She suffers from loneliness because she is bullied by the village kids due to her superpowers. One day, she runs away to the forest and bumps into a strange sight: locked inside of a magical barrier field designed to purify demons is a scraggly wolf-boy named Varg and she offers to release him in exchange he doesn't harm her. Humanoid demigod beasts also known as therians are a separate race that live among humans and can be of many different subspecies (wolves, cats, dragons, mermaids...). They generally dislike humans and mostly live in their own lands without disturbing anyone. Varg is the son of the current Wolf King with high expectations he will become the next ruler. However, his father is aloof and distant to him and he too feels lonely. Can two children separate their differences and find true friendship... and perhaps even love?

The book starts a bit slowly, delving into the friendship that starts to form between Varg and Halea which can drag quite a lot but it is still endearing in a way because it cements the strong bond that forms between both friends that becomes a pivoting thing when they find each other as adults.

I would not like to spoil much about the story, but even though I generally have eye rolls for urban modern paranormal fantasy, I had a lot of fun reading this book. Maybe a part is because it takes place in a medieval era and there is also a brooding and undeniably appealing dragon therian high lord named Anshar who is such a cool character, albeit I can't spoil much about him.

Varg can start to act very macho and perhaps overprotective of Halea at times, but I think the book strikes a very nice balance because Halea is very well aware of Varg's different cultural views since she knew him most of her life and understands Varg doesn't do a lot of these things out of malice but because his bestial nature pretty much forces him even though he works very hard to always remain within Halea's comfort zone. The book ends in a really high note and I would definitely like to read the second book.

Jennifer Hines (Hines and Bigham's Literary Tryst)
4.0 out of 5 stars "We smell like sex, don't we?"
Reviewed in the United States on August 18, 2019
*I received this book free from the author.*

Halea was born to be a priestess. It was what she'd spent her life training for. But normal humans were scared of her. Her strength. Her speed. He was not. Varg was a lycan and he just didn't like puny humans...until her.

"I've missed you so much. I'm greedy, and I don't care. I want every moment I can have with you."

Halea is dedicated to her cause, to her people, and to her heart. Just as much as Varg. Only problem she had was that a priestess couldn't have attachments. She couldn't mate with him. She had a job to do first and foremost.

Varg goes from a scrappy cub to a fierce alpha and Wolf King. He tries to be the best leader he can, but he'd sacrifice all for her. He'd lost her once, he was never losing her again.

""Varg, if you do this the world will be destroyed. There is no other way!"
"Then let the world be damned," he said as he walked away."

Their love and dedication to each other develops over the years, moving from friendship to more, especially after they both thought each other lost.

Torn Apart is a non-stop, what's going to happen next?, oh my goodness did they just do that? kind of book. However, you spend half the book getting back to where it began, which is probably why I couldn't put it down because honestly the first half is a little slow, but then it gets even more addicting.

I do have to say that it felt complete, until the last two sentences!
Read more
Helpful
Comment Report abuse
See all reviews from the United States