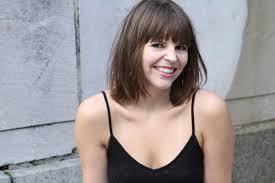 Gr 9 Up—The concluding volume in this duology focuses on the deadly Narxis virus that has been secretly killing off Priors, genetically modified humans. After contracting Narxis, even though she is not a full Prior, Davis is sent off to TOR-N, a corrupt quarantine facility. Thinking that her beloved Cole is dead, she plots with Mercer, a fellow Neither, to escape to his hometown of Durham with the hope of finding a cure for the others. At the same time, Cole is busy training for the Olympiads competition. Despite his genetic disadvantage, Cole will do whatever it takes to win the prize money and reunite with Davis. With Cole and Davis separated for the majority of the novel and the effects of the virus looming over them, the tone of this installment is more somber than in Feuds (St. Martin's Griffin, 2014), and a feeling of urgency pervades the protagonists' actions. World-building, including fleshed out details of the Narxis virus, an integral part of the series, remains thin, which may impede some readers from fully connecting with the narrative. Further, characters with great potential, specifically Cole's training instructor, a young, spunky and extremely powerful girl, fall flat in their development. VERDICT Purchase only where there is a following for the first book.—Marissa Lieberman, East Orange Public Library, NJ

AVERY HASTINGS is an author and former book editor from New York City. She grew up in Ohio, graduated from the University of Notre Dame and earned her MFA at the New School. When she's not reading or writing, Avery can usually be found in the park with her affable dog, and like the protagonists in her Feuds Series novel Feuds, Rival and Torn, she knows how to throw a powerful right hook and once dreamed of becoming a ballerina. In addition to New York, Avery has recently lived in Mumbai and Paris, but is happy to call Brooklyn home (for now).