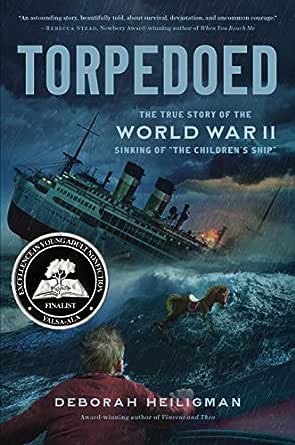 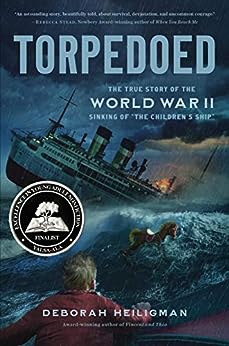 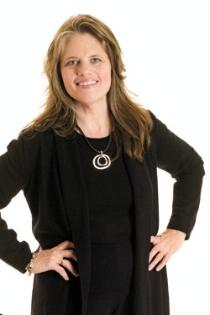 Torpedoed: The True Story of the World War II Sinking of "The Children's Ship" Kindle Edition

"Heiligman tells a story of bravery, courage, and despair . . . a must-read for all, and a beautiful memorial for those who perished in this tragic event."―School Library Journal, starred review, on Torpedoed: The True Story of the World War II Sinking of "The Children's Ship"

"[A] harrowing yet inspiring look at a little-covered historical event" ―Publishers Weekly on Torpedoed: The True Story of the World War II Sinking of "The Children's Ship"

"[R]iveting accounts of terror, death, heroism, and sacrifice, and foreshadowings of either doom or rescue give the pace a breathless urgency . . . a fascinating look at the intersections of “fate, human, error, accident, and bad luck” that so often bring about tragedy." ―The Bulletin on Torpedoed: The True Story of the World War II Sinking of "The Children's Ship"

"Heiligman explores a harrowing moment in history with clear, insightful prose." ―Shelf Awareness on Torpedoed: The True Story of the World War II Sinking of "The Children's Ship"

Deborah Heiligman has written many books for children, including Printz Honor and YALSA Nonfiction Award Winner Vincent and Theo: The Van Gogh Brothers, National Book Award Finalist Charles and Emma: The Darwins' Leap of Faith, and The Boy Who Loved Math. She lives with her family in New York City. --This text refers to the audioCD edition.

4.5 out of 5 stars
4.5 out of 5
51 global ratings
How are ratings calculated?
To calculate the overall star rating and percentage breakdown by star, we don’t use a simple average. Instead, our system considers things like how recent a review is and if the reviewer bought the item on Amazon. It also analyzes reviews to verify trustworthiness.

Sandra K. Stiles
5.0 out of 5 stars A Must Read
Reviewed in the United States on October 26, 2019
Verified Purchase
This was a story unfamiliar to me. I am aware that during wartime they had the Kindertransport that took predominantly Jewish children away from parts of Europe that the Nazis were beginning to take control. There was an effort I was unaware of until this book. The CORB was an organization that took both poor and wealthy children and relocated them to Canada. From there some went to live with relatives or friends either in Canada or the United States.

The passenger ship SS City of Benares was one of these ships. There were 406 people on board this ship. This passenger ship was torpedoed and sank in 30 minutes. Only 148 people survived. This book tells the story of many of those courageous people. It shows how hope, determination and sometimes just human decency can mean everything when it comes to survival. The author has done a tremendous amount of research and her bibliography is so informational for people like me who would like to learn more. It was truly one of the best books for kids I have read on this time period. I highly recommend it.

Sunday C
5.0 out of 5 stars Riveting read. Book talk this with 5th-9th grade for independent reading!
Reviewed in the United States on December 31, 2019
Verified Purchase
EDGE-of-your-SEAT READ. Brilliantly written. Heiligman's research is thorough but the brilliance is in how she weaves it all together to tell this riveting story—a tragic and courageous adventure our grades 5-9 students will not forget.

Chapters 1-6 introduce the reader to the time period, the context and many of the children aboard the ship City of Benares. There were ninety traveling through a government relocation program (CORB) with adult escorts and then several others traveling with family or family-hired escorts. Their families made the hard decision to send them to the safety of Canada or the U.S., away from the German bombs falling on England. The ship is a fascinating experience for the children as they wait a few days to leave and then begin the journey. Heiligman shares plenty of enchanting details about the children's enjoyment of the ship - the games they played, the endless availability of ice cream eating and so forth. Amidst her introduction to the context of the story, Heiligman also introduces the debate over how to keep this ship with so many children safe - whether the ship should identify itself as carrying so many children or not, whether it should be escorted by war ships or not, whether it should try to move away from territory where German u-boats have sunk other ships as quickly as possible or stay with the convoy. While readers learn about the context for this voyage, they also begin to notice the danger of that period and the tension.

In Chapter 8+ narrates the ship being torpedoed and what follows. Heiligman's picks up speed and FULLY CAPTIVATES THE READER for the next 200 pages! (AND just a heads up, the drama of this story does not end with the rescue immediately after the City of Benares sinks because one lifeboat of survivors is overlooked.)

The DESIGN OF THIS BOOK is notable for the many aspects that will appeal to 5th-9th grade readers. The chapters are mostly brief and each is broken up into short sections. In the first seven chapters there are black and white photos that give the reader just enough information to help them visualize what's going on. Then chapters 8-19 have charcoal-looking illustrations of the tragedy, struggle, courage that occurred as the ship began to sink and the passengers attempted to escape and survive. Then for chapters 20-27 there's nothing--just printed text. These chapters describe what happened to Lifeboat 12 (I don't want to give away too much). The final chapters again include actual photos of the surviving children and so forth.

Heiligman’s THANK YOU notes and lists of SOURCES are worthy of reading through as well—they serve to reveal how thorough her research was and assure the reader of accuracy and authority. (Her “thank you” section has a journey at sea theme ;).

R. Lee Hadden
4.0 out of 5 stars In war, children die
Reviewed in the United States on June 10, 2020
Verified Purchase
Books don't usually move me, but this one did. It is the story of a paasenger ship that was used to take children from England to safety from nightly bombers and possible invasion, to security in Canada and other Commonwealth countries. The City of Benares, a former passenger ship, was a revelation to some of the children who had never been outside of London before, and the first time many of them had eaten at a dinner table with silver service, linen napkins and second helpings of ice cream But the ship was selected by a German submarine and torpedoed, killing many children outright, and causing many more casualties in the sinking of the ship and later rescues. Some of the stories are cute others interesting, and a few amazingly heroic. 90 children were evacuated by the CORB or the Children's Overseas Reception Board, who were sending children overseas. Of those 90 children, only 13 survived, of the ten adult escorts or chaperones, six died.
The majority of the book recounts the stories of the survivors and what could be gathered from eyewitness accounts. Of the adult escorts, Mary Cornish was a hero. She had gone to her assigned lifeboat, which was one of the few that were lowered safely, with a number of children. For 12 days they were at sea, and Mary Cornish entertained the children and kept them alive with little food, water or warm clothes.
In many accounts of sinking ships, only the adults are recounted. Here there were kid's stories of a warm coat, a lost toy, and guilt when an older child could not save their younger sibling.
Lifeboats were always a problem in shipping, since many of them capsize when lowered from a listing ship. Also, in a convoy, if one ship is torpedoed, the other ships continue on, trying to get away from the region with U-boats underwater. After this event, one ship is designated as a rescue ship in each convoy, elected to stop and save as many people as possible.
A true regret is that many of the native workers from India on the ship were never interviewed at the time, nor can they or their families be located today. Their stories would have been riveting, but are now all lost.
A good book, but a sad one.

Sharon
5.0 out of 5 stars A Gripping Story of Heroism, Loss, and Survival
Reviewed in the United States on November 24, 2019
Verified Purchase
Written in a voice accessible to middle school students, Torpedoed provides a gripping account of the stories of the hope, survival, and loss of the passengers and crew of the City of Benares. Known as "The Children's Ship," the Benares was attacked by a U-boat while on the way to Canada. The richly researched narrative brings to life the excitement of the initial adventure, the fear and fortitude of those who were rescued, and the heroism of the youth and adults both.
Read more
One person found this helpful
Helpful
Comment Report abuse

Wizard of WID
4.0 out of 5 stars Well-written history
Reviewed in the United States on February 25, 2020
Verified Purchase
This book was reviewed as a children's book, but tells of a tragedy that beset a ship carrying children away from the NAZI terror at the start of WWII. It is thorough and treats the reader as a peer.
Read more
Helpful
Comment Report abuse
See all reviews

PrayerRider
4.0 out of 5 stars Pretty good book
Reviewed in Canada on October 8, 2019
Verified Purchase
The enormous scope of this tragedy hits the reader hard. Not an easy book to read, or to put down once you get into it. Quite graphic. Why did the British government choose not to put out word that certain ships had children aboard? Maybe they wouldn't then have been attacked. Those poor babies. All those children dead, their parents left devastated, and a young U-boat commander (yes, I know, he was "the enemy" but he was still a human being) left broken in mind and spirit. Stupid wars!
Read more
Report abuse
See all reviews