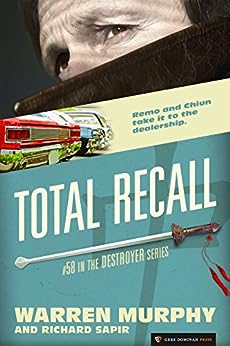 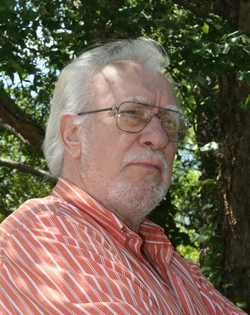 by Warren Murphy (Author), Richard Sapir (Author) Format: Kindle Edition
Book 57 of 112: The Destroyer
See all formats and editions
Sorry, there was a problem loading this page. Try again.
Drug-dealing appears to be down in several major American cities, but it’s really just a statistical oddity: someone’s got teenagers doing the dealing, and juvenile charges don’t appear in the crime stats. The trail leads Remo and Chiun to Detroit, where they discover that the newest engine of commerce in the Motor City may be high octane heroin, lining the pockets of some very well-off autoworkers’ kids. Autoworkers who are all congregants of a rather…unusual…new church.

Remo Williams is The Destroyer, an all-American cop recruited—through highly unorthodox methods—into a secret government law-enforcement organization. Trained in the esoteric martial art of Sinanju by his aged Korean mentor, Chiun, Remo is America's last line of defense against mad scientists, organized crime, ancient undead gods, and anything else that threatens the Constitution. An action-adventure series leavened with social and political satire, the Destroyer novels have been thrilling readers worldwide for decades.
Read more
Previous page
Next page

Warren Murphy (1933–2015) once worked on a pig farm, then as a movie usher, a sequin polisher, a public relations man for a brothel, a newspaper editor and a Democratic politician in Jersey City, New Jersey. "And then I went bad," he said, "and became a novelist."

And what a novelist! After 200 books, and despite several threatened retirements, Warren continued writing until his final days. Always a futurist, he moved full-bore into the world of electronic publishing, and, with his sons, formed his own publishing company, Destroyer Books.

Murphy is probably best known for the Destroyer series, which he created with the late Dick Sapir. With over 150 books and worldwide sales of over 50 million copies, the series is one of the longest-running and bestselling series of all time. The books were made into a movie, "Remo Williams: The Adventure Begins" (a second movie is in the works), a TV pilot, as well as more film and TV rip-offs than anyone could ever imagine.

Called "a mentor and teacher to a whole generation of crime and thriller writers" by Encyclopedia Mysteriosa, Murphy was no one-trick pony. The St. James Guide to Mystery Writers states that "The breadth of Murphy's talent staggers the imagination. Comic detectives, caper novels, large suspense novels, sword and sorcery spy novels, and locked room mysteries, together with short stories, comic books, movies, and countless collaborations do not even begin to mark the parameters of his creative genius...Murphy is the professional's professional, with work of consistently high quality."

Some of the other work on Murphy's resume includes:

- The Razoni and Jackson series

Not to mention Leonardo's Law, Ceiling of Hell, Grandmaster, The Forever King (those last two written with Molly Cochran), along with dozens of other works.

Murphy has five children. Most of them, he said, "wash up pretty well."

His website is http://www.warrenmurphy.com, where you can find free lessons on how to write a book.

His new book, Bloodline -- an epic saga of the Mafia's beginnings, seen through the eyes of the Falcone family -- will be published on November 10th, 2015 by Forge Books. Preorder it here: http://www.amazon.com/Bloodline-A-Novel-Warren-Murphy/dp/0765377969

W. R. Kramer
5.0 out of 5 stars Good read
Reviewed in the United States on July 30, 2019
Verified Purchase
Not as thrilling as the original series but still interesting. Sure wish they would go back and be closer to the original stories
Read more
Helpful
Report abuse

Croc
5.0 out of 5 stars Chiun the crusader.
Reviewed in the United States on August 10, 2017
Verified Purchase
The legend of the beginning of Sinanju where the children are sent to the sea plays a big part in Chiun going on a crusade to save the children from a greedy new age preacher who is using them as drug dealers. This is old fashion Desstroyer
Read more
Helpful
Report abuse

Rick Z.
4.0 out of 5 stars Detroit Drug Dealer's mistake...
Reviewed in the United States on November 14, 2014
Verified Purchase
A Detroit, Michigan man of the cloth runs to the dark side. Rev. Moorcock has a drug business that goes bottoms up. He has mucho Mexican support, but, makes the mistake of connecting with a Iranian supplier. Once CURE finds out about it the dynamic duo of Remo and Chiun are dispatched to put an end to it. Twists and Turns almost side-rails their efforts. A good read !
Read more
Helpful
Report abuse

Mel Customer
4.0 out of 5 stars Popcorn for the mind.
Reviewed in the United States on June 2, 2017
Verified Purchase
My biggest worry is that I am running out of stories to read. Love the character, consider it popcorn for the train ride to work and home.
Read more
Helpful
Report abuse

MWGTop Contributor: Star Wars
4.0 out of 5 stars Another good one
Reviewed in the United States on August 29, 2014
Verified Purchase
I have been reading this series since 1973 and each one is as good as the others the legacy series is a refreshing change. I would recommend that you read those as well the New destroyer series is more up to date though.
Read more
One person found this helpful
Helpful
Report abuse

Sally Bengel
5.0 out of 5 stars GREAT BUY
Reviewed in the United States on March 4, 2014
Verified Purchase
I HAD BEENTRYING TO FILL IN MISSING BOOKS FROM MY HUSBAND'S COLLECTION OF BOOKS. WAS HAPPY TO FIND ONE OF THE MISSING BOOKS.
Read more
Helpful
Report abuse

johnwise
4.0 out of 5 stars Destroyer
Reviewed in the United States on June 9, 2014
Verified Purchase
The series is very different from the Stone Man series that I read all the time. But just the smae, the series is very enjoyable.
Read more
Helpful
Report abuse
See all reviews

chef
5.0 out of 5 stars I love it
Reviewed in the United Kingdom on September 8, 2014
Verified Purchase
a another good book in the collection
Read more
Report abuse