You've subscribed to The Midwest Series! We will preorder your items within 24 hours of when they become available. When new books are released, we'll charge your default payment method for the lowest price available during the pre-order period.
Update your device or payment method, cancel individual pre-orders or your subscription at
Your Memberships & Subscriptions
There was an error. We were unable to process your subscription due to an error. Please refresh and try again. 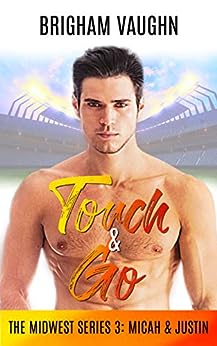 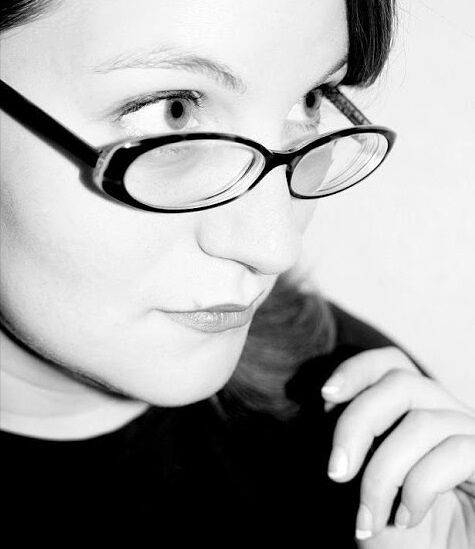 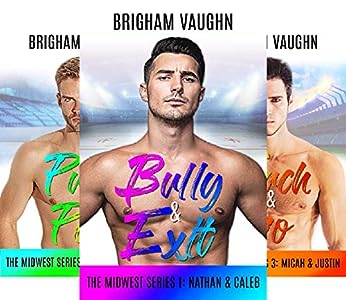 padme35
VINE VOICE
5.0 out of 5 stars Great entry in an already great series
Reviewed in the United States on July 12, 2020
Verified Purchase
I was so glad to hear that Brigham Vaughn was continuing her Midwest series. Maybe it was being a lifelong midwesterner(born and raised Wisconsinite here), maybe it was the love I had for books 1 & 2, maybe it was being a huge baseball fan(and not nearly enough baseball stories in the LGBT genres), or maybe it was a little(okay a lot) of all three. What can I say? I'm a glutton when it comes to Miss Vaughn's work. Whatever the reason, I was loving the idea that it was continuing, now I'll admit that even though I was excited and purchased Touch and Go immediately late September 2019, I was snowed under my paranormal reading for October, then an early start to my Christmas reading, then mom's hip surgery, then Covid19 and before I knew it she was getting ready to release(and re-release 1-3) #4. So, I haven't been able to read Advance and Retreat(#4) yet but I finally said "ENOUGH!" and jumped in and read Micah and Justin's journey.

With the re-releases of 1-3 reaching new readers I don't want to give anything away(not that I would have anyway😉😉) but just WOW! I know the Cougars are a minor league team and despite being a huge baseball fan I don't really follow the minors, it was still a nice treat especially as 2020 has thrown the MLB for a loop(as we all have), it was nice to have "baseball back". Having followed Brigham Vaughn on facebook and recalling her questions about the game at a minor level, I knew I would be reading a well researched book, occupation-wise, which personally always makes the story better. I know it's fiction and I'm not strict in wanting no leeway when it comes to accuracy or lack-there-of but knowing the author went that extra step is always a plus.

Now, as for Micah and Justin. Love them both, and as so often I was in equal moments of smacking them with a frying pan and smothering them in mama bear hugs. It's almost become a measuring stick for me because I think wanting to take both actions to all parties involved makes the characters that more even-minded and perfectly suited. It's no fun for me when one character is always right and the other is always wrong, and it certainly not that way in Touch and Go. I think Micah has more growing to do because he is so far in the closet that at times it seems almost impossible for him to claw his way out. It's hard to imagine a story being enjoyable when one of the MCs is so self-hidden but watching these two men come together, grow stronger, and find that HEA(and I'm not giving anything away there because Miss Vaughn's stories always are HEAs) really warms the heart.

When you find a beautifully written journey such as Micah and Justin's in Touch and Go, you know you have found not only a winning read but also an author to keep an eye on.
Read more
Helpful
Report abuse

Ashlovesbooks
5.0 out of 5 stars Wonderful addition to an amazing series
Reviewed in the United States on October 11, 2019
Verified Purchase
Ok so I read book one ‘Bully & Exit’ in this series a while back and fell in love with the MCs. I initially read it because one of the MC, Caleb, is a Theatre major and for a brief time I too was a Theatre major. But here is the thing with the first book, not only did I fall in love with Nathan and Caleb, I fell in like with secondary characters. Brent and Lowell, who got their own book, Push & Pull, were awesome secondary characters who I couldn’t wait to read about. But as it is with most books, there are characters that you kinda want to throat punch. Micah was that character for me in books 1 & 2.
I don’t know what its like to be an athlete and gay, living in the closet for fear that if he came out it would be the end of his career. So I can’t understand the fear of someone else doing or saying something that would make people question my sexuality. This was Micah’s fear, but I just couldn’t comprehend some of the harsh and truly awful things he said to people he was with. I really thought I hated him.
But then Brigham went and changed my mind. She brought him to life for me, she made me feel his pain, DEMANDED I understood his fear. God Micah broke me in this book.
Then there is Justin, this adorable bisexual physical therapist for the Cougars, the minor league baseball team Micah plays for. Yall can see where this is going right? Oh man I love Justin, he is the calm to Micah’s storm, the ying to his yang. They just don’t realize that when they start out, what was suppose to be a mutual, casual fling. But you know what they say about best laid plans and all. Feelings start to become involved and Justin knows that sooner or later Micah is going to break his heart without even meaning to. Because for Micah the Cougars are just a stepping stone to the big leagues.
Till the game Micah loves leads to a career ending injury. An injury that proves to everyone even wild horses can’t keep Justin away from Micah.
This is when things get really tough, Micah now has to come to terms that he might never get to play again, and the possibility of being out of the closet. Can he give up what he has loved all his life, and be happy? Is he willing to keep hiding his sexuality? And Justin? Is he willing to walk away from love, a love that isn’t baseball?
I am the first to admit there were times in this book, I needed to put it down, walk away to regroup. Moments when I wanted to smack Micah upside the head, moments when my heart started to shatter. But here is the thing about that, Brigham Vaughn knows how to piece it back together. She heals you while she heals Micah and Justin. These two characters changed me, made me see sometimes fear has a way bring out the worst in people. That fear can be crippling, and you never know what someone is going through. She also showed me bravery. Micah truly becomes someone I would want my kids to look up to. He shows Justin he is going to make them his top priority. And I melted a bit.
I didn’t think it would be possible to love Micah as much as I do, but that just goes to show you how brilliant an author Brigham Vaugh is. She turns the unliked into loved, the broken into healed, the scared into fearless, when you finally find the one person you are willing to give up everything you thought was your dream. Because sometimes dreams change for the better.
Read more
One person found this helpful
Helpful
Report abuse

Sara
4.0 out of 5 stars Skeptical but won over in the end
Reviewed in the United States on August 1, 2021
Verified Purchase
I was so skeptical about reading Micah’s HEA because he was such a jerk in the prior books but I couldn’t deny my curiosity. I almost skipped this book entirely. And honestly, it wasn’t that bad. (Nathan still bugs me the most. :)) Micah seemed less harsh through both his own eyes and Justin’s. He also owned his mistakes of the past, so that helped redeem him for me. Justin was so easy going and calm about him that it made it easier too. And if Lowell can forgive him and move on than I can too.
Read more
Helpful
Report abuse
See all reviews