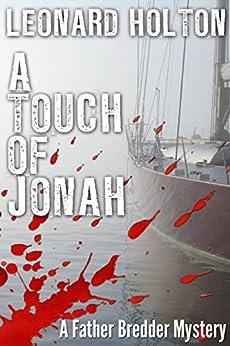 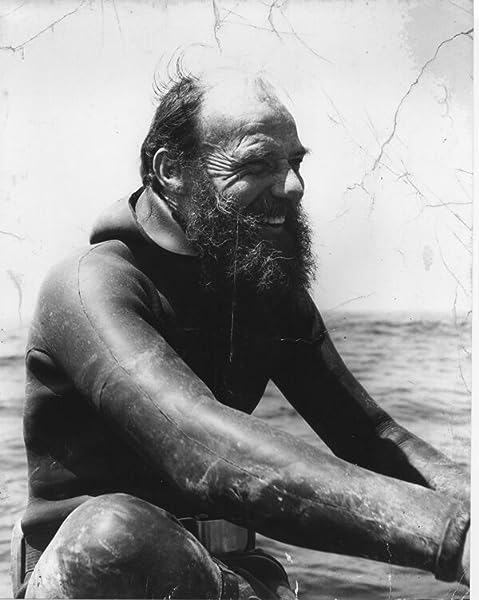 by Leonard Holton (Author) Format: Kindle Edition
Book 7 of 11: The Father Bredder Mysteries
See all formats and editions
Sorry, there was a problem loading this page. Try again.
When Father Bredder gets involved with murder--Heaven only knows what will happen next...

This time, Father Bredder finds himself embroiled in a mystery reminiscent of Murder on the Orient Express set on a boat during the Transpac Yacht Race to Honolulu.

Father Bredder joins the crew of the Fair Maid to determine if the captain of the boat is cursed or if someone is trying to kill him.

"A Touch of Jonah gives us landlubbers the next best thing to being part of that exhilarating, grueling and wonder-filled obstacle course that is the Transpac ocean race without our having to run its dangers. This is a superior piece of craft--the transference of the actual sensate quality of race sailing to words on paper. And Holton has done it, surprisingly enough, in the form of a mystery book, one of his Father Bredder series"--The Los Angeles Times

"I have been sailing since boyhood," writes Leonard Wibberley "and have always wanted to enter an ocean race. I had a 40-foot yawl named Bahia and tried to enter her in last year's Transpac but she was ruled out as being of an old-fashioned gaff rig on her main.

"So I sold the yawl and bought a modern 34-foot racing sloop. Alas, she did not qualify in on particular measurement and was also ruled out. But I decided to race this new boat Cu Na Mara (Gaelic for "Hound of the Sea") anyway.

"She proved almost impossible to handle in the waves of the ocean. For 1500 miles we fought her, being twice knocked on our beam ends when she would not answer her helm and ran across the wind. We finally put in at Maui in lead of Oahu, 17 days out of San Pedro. We had suffered rudder trouble and some damage to the center board.

"On our return to California, my son Christopher resolutely turned his back on the sea and look to football as being less hazardous."

Leonard Holton is the pen name for Leonard Wibberley, author of The Mouse That Roared. As Leonard Holton, Wibberley wrote the "Father Joseph Bredder" murder mystery series which were named A Red Badge Novel of Suspense. There are eleven books in the series (all coming to Kindle soon):

THE FATHER BREDDER MYSTERIES:
The Saint Maker
A Pact with Satan
Secret of the Doubting Saint
Deliver Us from Wolves
Flowers by Request
Out of the Depths
A Touch of Jonah
A Problem in Angels
The Mirror of Hell
The Devil to Play
A Corner of Paradise

Sign up for his monthly newsletter at bit.ly/LeonardNews to receive columns written by Leonard Wibberley that were syndicated by newspapers nationally over his lifetime. You will also receive news of the upcoming releases of the ebook editions of his many novels.
Read more

Leonard Holton is the pen name for Leonard Wibberley, author of The Mouse That Roared.

Wibberley was an adventurer. He enjoyed traveling, scuba diving, ocean sailing, an road racing. He also enjoyed playing the violin, painting and shouting at his six kids.

There are eleven books in The Father Bredder Mystery Series available exclusively on Kindle:

A Pact with Satan

Secret of the Doubting Saint

Deliver Us from Wolves

Out of the Depths

A Touch of Jonah

A Problem in Angels

The Mirror of Hell

The Devil to Play

A Corner of Paradise

Sign up for his monthly newsletter at http://bit.ly/LeonardNews to receive columns written by Leonard Wibberley that were syndicated by newspapers nationally over his lifetime. You will also receive news of the upcoming releases of the ebook editions of his many novels.

To read more about Leonard and his life, check out his biography on Amazon:

A MOUSE THAT ROARED: The Life and Writings of Leonard Wibberley by Dennis M. Duffy.