You've subscribed to Beyond the Pale! We will preorder your items within 24 hours of when they become available. When new books are released, we'll charge your default payment method for the lowest price available during the pre-order period.
Update your device or payment method, cancel individual pre-orders or your subscription at
Your Memberships & Subscriptions 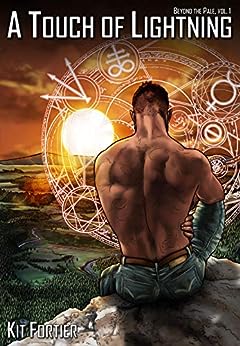 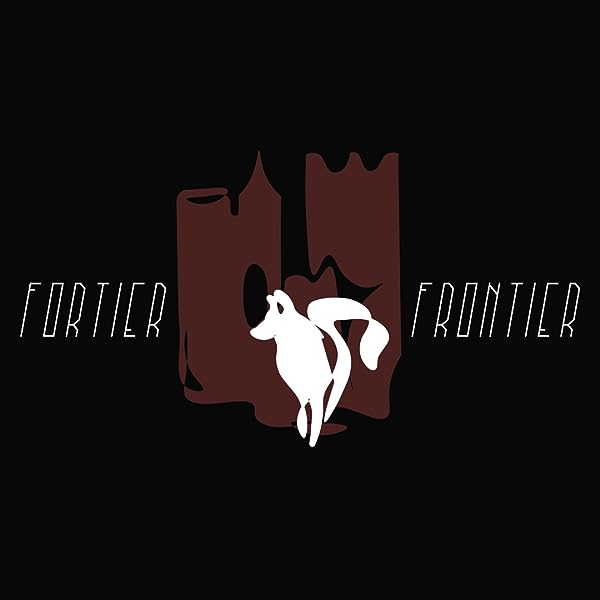 A Touch of Lightning: Beyond the Pale, vol.1 Kindle Edition 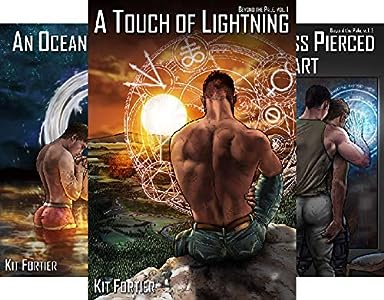 Kit has been a writer practically all his life. Travelingacross the northern hemisphere will do that to anyone! When he's not writing,Kit can be found acting on stage, directing in front of the stage, rehearsingoff-stage, or coaching acting both on and off stage. He's a veteran, apart-time educator, and a doting cat-dad, living in Southern California.

Amazon Customer
5.0 out of 5 stars Captivating and Beautifully Written
Reviewed in the United States on September 10, 2019
Verified Purchase
I finished the book within a day, ansI loved it! The characters were very captivating and written in a way that speaks to very real traumas that made them appear whole. Also, as someone who is heterosexual I really appreciated the way thw author wove in common concerns and dangers that people in the LGBTQA+ carry around with them. I've definitely seen males struggle to be out during my time in a conservative community. It was also eye-opening to realize that gay men and women, even today, still have to be mindful in ways others dont. Furthermore, there is a powerful use of imagery that captures setting and emotions beautifully.
Read more
One person found this helpful
Helpful
Report abuse

Todd H
5.0 out of 5 stars Good 1st Novel. Look forward to More
Reviewed in the United States on September 8, 2019
Verified Purchase
The story is a slow burn but at high heat. Good world development and mythos. The magic system is fleshed out as are the MCs are and likable. Writing is descriptive. Look forward to reading more of the author's work.
Read more
One person found this helpful
Helpful
Report abuse

Bookworm
3.0 out of 5 stars Woooo! Get me some ice water!!!
Reviewed in the United States on October 30, 2019
This is one of the steamiest books I've ever read (that actually had a plot, lol). There was certainly a slow burn at the beginning, with lots of flirting and will they/won't they, but once the fire was lit, WOOSH🔥🔥🔥🔥🎆🎇✨

The world Jake and Fox inhabit is nearly ours, with just enough uniqueness to create a vibrant and entrancing experience. I found the characters easy to relate to and with which to emphasize. This is nearly an insta-love, only barely missing the mark.

If I enjoyed this book so much, you might be wondering why I only gave it a 3* rating. Because of ALL the editing/grammar issues I ran into - and I DO mean "ran into"! It felt at times like I was simply grading a paper, not trying to immerse myself in a work of art. Without those problems, this would have easily been a 4* - 4.5* book.

And yet....I can't wait to read book two. I just hope that the editing/grammar issues have been resolved!
Read more
One person found this helpful
Helpful
Report abuse

This book is set on a really interesting premise. The characters are well developed throughout the story, and the writing is done well. There are quite a few editing issues. Not enough to ruin the story, but they did get distracting at times. If not for those, it might have been a higher rating. Also, this book is not just fantasy with a romance; it is hot and heavy sexy times consistently throughout. I haven't read that many sex scenes in the last five or more books combined, lol. But, if you know what you're getting into (which I didn't;), it's totally worth the read.

This world is full of magic users, alchemists, and the creatures created by their combined forces in the past; shifters. Jake is an alchemist, and has been keeping to the plans his mentor laid out before his great "sacrifice." It's taken him years away from his family, but he's almost done. He stops for a rest in a small town near his destination where he meets Fox.

Fox is much younger than Jake, and is currently running the business for his father and trying to figure out what he wants to be when he grows up. He's not that young, he just doesn't want to disappoint his dad, but he knows he doesn't want to keep doing what he has been doing. In walks a wanderer, and Fox is smitten.

When events lead to Jake realizing that Fox has the potential to be an alchemist himself, he is given a warning. He asks Fox to leave his life behind and come with him on his quest. Fox agrees, and learns extremely quickly how to use his newfound power.

They have many stops to make, and several tasks to complete, but not a day goes by that they don't find time for some seriously hot sexy times. Jake brings Fox more deeply into his plans, and they both gain more than expected along the way. Eventually, the time comes to reunite with Jake's family. It's hard at first, but soon the angst turns to love and acceptance.

There is a plot twist thrown in at the denouement of the story, and tragedy seems immanent. But the betrayal of one trusted leads to a broken promise by one loved. This sets off a course of action that could have been catastrophic under other circumstances. But love and sacrifice bring about a miracle that saves hearts from being shattered; but not the anger of the promise broken.

With patience and a different form of communication, apologies are made, anger is expressed, and forgiveness is granted. And, for now, our characters are facing a happy future...at least until the sequel. Who knows what will happen next.

* I received an ARC of this book and I am leaving my honest review. *
Read more
Helpful
Report abuse

angie
5.0 out of 5 stars Sexy and Magical
Reviewed in the United States on April 5, 2020
This a new to me author and now a repeat. This book is very different from what I previously read. Loved the alchemy aspect and how the captivating characters evolve throughout the story. It was a little hard to understand at first but Mr Fortier does not leave you in the dark. Everything is explained, drawing you more into the story. Fox and Jake begin slowly but boy do they make up for lost time 🔥🔥 so HOT. Story full of action, suspense, love emotional and magic. And definitely will be reading book 2
Read more
One person found this helpful
Helpful
Report abuse

AllAboutThoseBooks
3.0 out of 5 stars It could have been really good
Reviewed in the United States on September 18, 2019
Characters? Complex, good, a little sweet, a little broken. World Building? Pretty good. The alchemy stuff was satisfyingly rich. Plot? Some nice anticipation, although the pacing suffered a bit in the last 10%. That was a lot to squeeze in there. There was also a bomb dropped in the bad guy's monologing that was never addressed. Still, the book as a whole could easily have been a 4+.

However, it wasn't professionally edited. My understanding is that there is a plan to fix this in the future. For now, expect turbulence. There were enough errors to throw me out of the story often enough to be tempted to quit. I'm glad I didn't.
Read more
One person found this helpful
Helpful
Report abuse

tdb
3.0 out of 5 stars Hard to rate
Reviewed in the United States on October 12, 2019
While there were some great moments in the story (I really liked the alchemy and magic) but, there were other flaws that kept me from loving this story. While the author attempted to keep pov’s straight, they often flip flopped within the same paragraph. Also there were some continuity flaws and basic editing errors. The sex was good at first but then it became strange with the dirty daddy kink. The ending was a twist but it felt rushed. Things came too easily for them.

Not a bad read but not stellar.
Read more
One person found this helpful
Helpful
Report abuse
See all reviews