You've subscribed to Signs of the Zodiac Series! We will preorder your items within 24 hours of when they become available. When new books are released, we'll charge your default payment method for the lowest price available during the pre-order period.
Update your device or payment method, cancel individual pre-orders or your subscription at
Your Memberships & Subscriptions
There was an error. We were unable to process your subscription due to an error. Please refresh and try again. 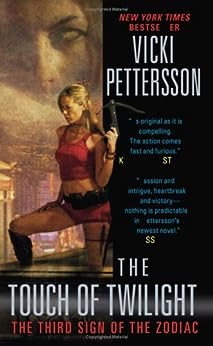 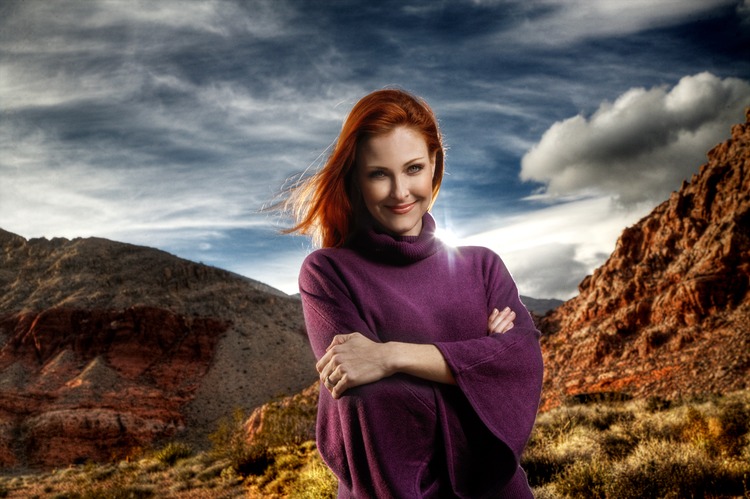 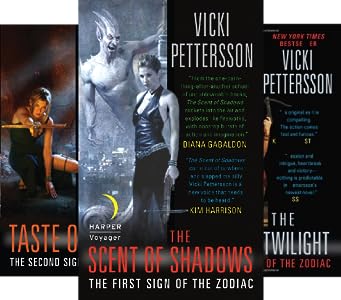 “The Scent of Shadows came out of nowhere and slapped me silly. … You’re going to love this.”

Vicki Pettersson is the New York Times bestselling author of the Sign of the Zodiac novels, a six-book urban fantasy series set in her hometown of Las Vegas. Though she'll always consider that glittering dust bowl home, she now divides her time between Vegas and Dallas, where she's learning to like good Tex-Mex (easy) and the Dallas Cowboys (easier than you'd think).

--This text refers to the audio_download edition.

AngieTop Contributor: Coloring
2.0 out of 5 stars The Touch of Twilight
Reviewed in the United States on July 8, 2014
Verified Purchase
The Touch of Twilight felt like a filler book to me. It jumps between several different plot threads, and only one of them actually held my attention. In fact, I can't even remember how the book began even though it's been less than 24 hours since I started it. However, at some point Joanna has a lot of stuff to deal with: something is creating black holes all over the city, Regan is still leading Ben on and probably trying to kill him, Regan and the something creating black holes want to kill her, and she somehow broke Jasmine, her changeling. There's a lot on her plate, and Joanna doesn't know how to fix all of it, especially in the face of the third sign coming to pass.

My biggest annoyance with The Touch of Twilight was the doppelganger plot. The idea behind the doppelganger was pretty interesting, but it it felt randomly thrown in. Plus, I am so sick of doppelgangers thanks to The Vampire Diaries, even though this one was nothing like the ones in the show. In addition to just not liking this plot, I found the conclusion to be very unbelievable. Joanna knows nothing about doppelgangers and doesn't have the slightest idea how to stop it or give it what it wants (or even what it wants). But all of a sudden she's enlightened and goes into this whole speech about it at the end. What? Where did all of that come from? I don't even know.

The Jasmine plot thread was all but abandoned for most of the book. Sure Joanna needs to watch out for herself, and Ben is her number one priority, but she didn't even try to help Jasmine or her sister Li. She has no idea what she did to her, so of course she doesn't know how to fix it, but the only thing she had to say about it was "I'm working on it." Um, no, she wasn't. She has plenty of resources at her disposable but she didn't use any of them. She should just take the direct route like everyone was telling her to: kill Jasmine.

The only part of The Touch of Twilight I really enjoyed was the whole Joanna, Regan, Ben fiasco. It's just so messed up! Ben knows Joanna is around somewhere, but he's dating Regan who happens to look just like her, and he runs into Olivia all the time but can't tell that it's really Joanna. Joanna wants to tell him the truth, but she's careless and lets Regan in on it, who of course, takes matters into her own hands, and OMG, that was horrible! I'm still rooting for those two, but it's looking less and less likely.

The Touch of Twilight was disappointing. I don't think it progressed the overall series plot that much. The third sign happened, but it felt very disconnected to me. Thankfully, City of Souls will get it back on track.
Read more
Helpful
Report abuse

Angela Risner The Sassy Orange
5.0 out of 5 stars So real that you want to smack Joanna for her stupid decisions
Reviewed in the United States on January 10, 2011
Verified Purchase
In the last book, Joanna used her changeling, Jasmine, to visit her (supposed) one true love, Ben. This apparently "broke" Jasmine and now the graphic novels that tell the stories of the Light superheroes cannot be written. Without a written history, the Light superheroes run the risk of failing to exist.

Regan, who was introduced in the last book as well, continues to be a scourge on Joanna's life. She has come of age and reinvented herself as a copycat of the real Joanna and is now dating Ben. She continues to push Joanna's buttons, which makes Joanna make decisions emotionally rather than thoughtfully.

Finally, there is a doppelganger of Joanna running around, trying to kill her so that she can be brought fully into existence.

There's plenty of action to keep you going. Again, Joanna makes a lot of stupid mistakes, which can be infuriating. I know that she's damaged from her past, but she needs to try to think with her head rather than her anger. And yes, I did just talk about her as though she is real.

In other words, Vickie Pettersson is a genius.
Read more
One person found this helpful
Helpful
Report abuse

J. Hanses
5.0 out of 5 stars Girl Fight!
Reviewed in the United States on August 30, 2008
Verified Purchase
Our heroine, Joanna Archer, the Light Sagittarius, comes from a lineage of superheroines. Though if you didn't know that, you should probably read the first two books or you're just going to run into a pile of spoilers.

Touch of Twilight focuses largely on girl fights and how women fight, which is perhaps why a number of other reviewers commented on the lack of action. Regan, the Shadow Cancer, has stolen Joanna's identity, man, and life as of the end of the last book. This book focuses on the two women taunting each other. Regan has everything, but Joanna is constantly watching. The battle heats up when Joanna finds cracks in Regan's heart and targets the things she loves. It's a battle of trying to push your opponent to despair rather than a battle of physical pain. It's the way women are taught to fight, attacking what's dear to a foe's heart, and Pettersson acknowledges this, which makes her world that much more believable.

Meanwhile, having lost her human identity, Joanna is in peril of losing her superhero identity as an unknown doppelganger has appeared. If Joanna doesn't solve her double's riddle soon, the doppelganger will eat her heart and assume her identity. This may or may not have something to do with Jasmine the Changeling who it turns out Jo accidentally "broke." The Tulpa, head of the Shadows, is equally afraid of the doppelganger taking over, as it seems to possess abilities he can't match.

Speaking of girl fights, just as Joanna and Chandra (her rival for her place within the superhero troop) might be moving to an understanding, the new Light Libra, Kimber, gets her nose out of joint about Joanna's position in the zodiac.

On the romantic end, Joanna cleaves to her dream of being with Ben, who thinks she's abandoned him. Her conflicts with Regan push her closer to coming clean with him about who she is now and what's going on in her life. Despite her loyalty to this man, Hunter, the Light Aries, continues to court her. The two of them have some truly great moments together discussing general relationship difficulties and ideals as he encourages her to move on.

This is the best of the series so far, as Joanna works both with the group and by herself and seems to be making a place for herself with the troop. Jo faces many difficult circumstances, and the ending provides only temporary happiness. It does, however, explain the secret identity Joanna/Olivia thing that got confusing in the second book as to which identity was secret. Pettersson also sets up a continuing arch, as not all of the problems are solved in this book.

If you like dark fantasy or classic superhero tales, you'll love this book. If you like relationships in conflict you'll love this book. Pettersson never fails to make me hate her villains and love her heroes with a passion that makes me devour the books as quickly as possible. I look forward to the next one.
Read more
9 people found this helpful
Helpful
Report abuse
See all reviews