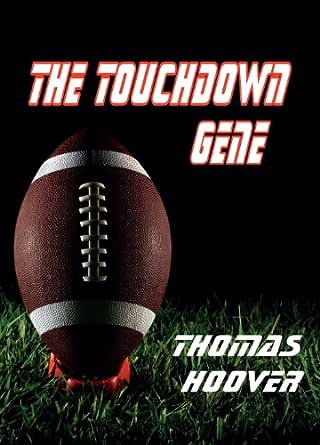 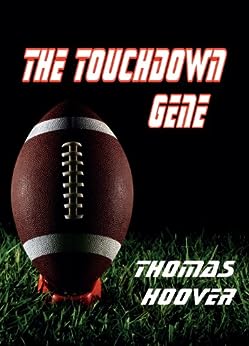 Linda
4.0 out of 5 stars Good Book
Reviewed in the United States on July 14, 2020
Verified Purchase
The book was really good, but I didn't like the ending. It ended, but left a lot of stuff unfinished unless he's planning on coming out with a sequel. It was still worth reading.
Read more
Helpful
Comment Report abuse

s03
5.0 out of 5 stars Five Stars
Reviewed in the United States on November 23, 2015
Verified Purchase
i really like this author
Read more
Helpful
Comment Report abuse

Hard2Please
5.0 out of 5 stars Partial spoilers.
Reviewed in the United States on October 24, 2016
First, I really enjoyed the book. It's well written: an exciting plot and interesting characters. But sometimes it's like a bad horror movie. You know the type. The pretty lady says to her friend that she thinks the maniac serial killer is hiding in the old deserted factory and she is going to check it out. You want to tell her to call the cops. Cut to a scene of the lady driving into the weed infested parking lot. You think to yourself that she should drive away. Cut to an exterior shot of a broken second story window where a shadowy form can barely be seen. Cut to the lady approaching the door. Her hand reaches for the doorknob. You want to scream at the screen that she better not go in, she better run away, she's gonna get killed if she goes in there. So what happens? She goes in and the maniac serial killer grabs her. You clench your fists in sheer disbelief and scream at the screen, "How can you be SO STUPID"!?! But then I calmed down and reflected that only James Bond is perfect. So every other chapter, the people in the book do something SO STUPID you can't believe it. That only proves they are human. It also shows the difference between book smarts and street smarts. Besides, if I were faced with trying to deal with genetic monsters, I might do something stupid too. Just saying...
Read more
Helpful
Comment Report abuse

Christina Paige
4.0 out of 5 stars Football Goes Wild
Reviewed in the United States on June 13, 2011
This is the third medical speculative thriller written by Hoover to consider the technological possibilities of genetic manipulation.
Gene-Tech, a team of young genetic researchers have been given a directive: find a way to enhance athletic performance that will not set off any blood test alarms. Oh, and never mind preliminary studies - here's a football team to use as your test subjects, and we want results fast!!! The team hasn't had a winning season in years, so they're desperate enough to sign waivers, try anything, and ask no questions. The sponsoring drug company, Nolan Pharmaceuticals, needs a quick success to offset some annoying lawsuits and patents on the verge of expiration. Now the team leader, Harley Ryan, has delivered the goods. All it took was to interpolate some extra-species DNA. Now the team members REALLY play like animals! But side effects are beginning to manifest that could ruin everybody's game.
Charlize Russell is doing genetic research of her own to find a cure for muscular dystrophy. Nolan Pharma funds her research, so when she's told to fix a problem, she hasn't much choice in the matter. She finds herself sent to a tropical island, surrounded by football players who are turning feral, with a hostile ex-lover stonewalling her efforts to identify the origin of those pesky side-effects.
Fortunately, someone with relevant experience shows up on the island, summoned by an increasingly worried chief of police.
There are chase scenes, confrontations, romantic interludes and an absolutely wild pre-season game. Hoover gives the reader plenty to think about, while telling an exciting story.
Read more
One person found this helpful
Helpful
Comment Report abuse

John Chamberlain
5.0 out of 5 stars The Touchdown Gene Scores
Reviewed in the United States on March 30, 2011
WOW!!

I was a big fan of Thomas Hoover books back in the 80's and 90's; then he kind'a dropped off the map. That's why I was so surprised to see him publish a new book in 2011, and even more surprised to see he hadn't lost his touch.

The Touchdown Gene will grab you from the opening chapter and simply not let you go. A down on their luck pharmaceutical company combines with an even more down on their luck NFL football team, to enhance player performance through genetic manipulation. They will play like animals, it is said, and no NFL drug test will ever discover the reason why. The problem is that the scientist in charge really does splice in animal genes--predatory animals--which spirals the whole project more than a bit out of control.

The football scenes are accurate, believable, and very well done. It has action, adventure, romance, and a preseason football game that is for the ages.

NYC
5.0 out of 5 stars WINNER!
Reviewed in the United States on July 26, 2011
I knew Thomas Hoover was good,very good, but with THE TOUCHDOWN GENE I barely know what hit me. It's an astonishing read! A breathless thrill ride for sports and medical research fans, it's a wham-bam powerhouse that never lets down - and characters? A dynamic, tender plus sexy couple that rediscover each other are at the center of this scheme to create a super football team that's literally gone wild, and they're only the beginning of unforgettable characters - the power-brokers (football and pharmaceutical), the salts of the earth, the mesmerizing but insane, the innocents caught in ambitions bound to derail them all - from a surf-drenched tropical island to urban Manhattan, the urgency builds to a season's opening game you couldn't in your wildest dreams imagine. This is entertainment on steroids!
Read more
One person found this helpful
Helpful
Comment Report abuse
See all reviews

bonnie
5.0 out of 5 stars Fantastic
Reviewed in Canada on May 2, 2014
Verified Purchase
I found this book absolutely terrifying in spots. I gave it 5 stars because of the way it was presented from page 1 to the end. I would recommend this book to anybody who likes edge of seat & can't put it down to the last page readers!
Read more
One person found this helpful
Report abuse
See all reviews