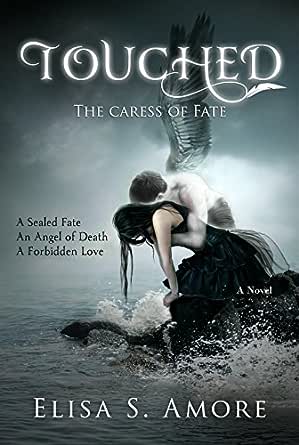 You've subscribed to Touched Saga! We will preorder your items within 24 hours of when they become available. When new books are released, we'll charge your default payment method for the lowest price available during the pre-order period.
Update your device or payment method, cancel individual pre-orders or your subscription at
Your Memberships & Subscriptions
There was an error. We were unable to process your subscription due to an error. Please refresh and try again. 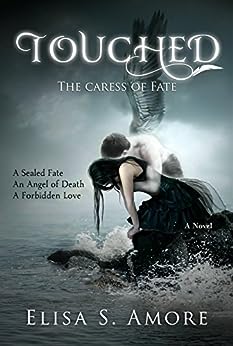 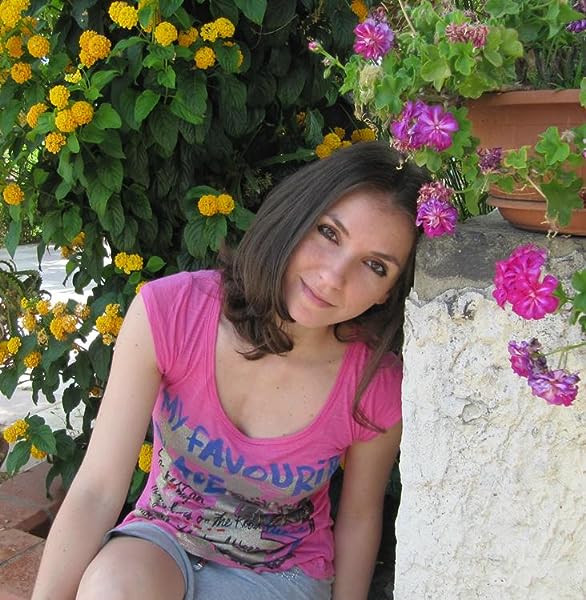 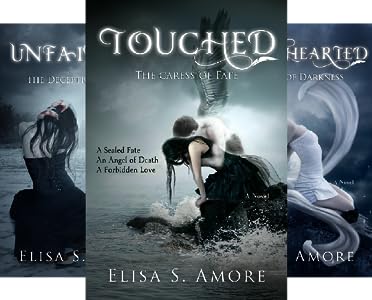 PRAISE FOR THE TOUCHED SAGA.

"Elisa S. Amore is one of the few phenomena in Italian self-publishing." Vanity Fair

"Girls who dream of love, a new novel just for you has come out in bookshops." Marie Claire

"The Caress of Fate is the literary success of the year." Tu Style

"For those who think emotions shouldn't die out as you grow up, this novel has a lot to offer you." Vero

"A memorable love story told in a sublime way. There is definitely something unique about Elisa Amore's style: it grabs you like a magnet, showcasing the author's skill." Luna Effy Blog

"As fascinating as Meet Joe Black, but for young adults. And not only." The Bookworm

"I am certain that this wonderful story could be made into a film. I really hope a producer somewhere out there gets his hands on this novel because it would definitely be a big hit in theaters." Glenda Lissandrello, Goodreads

"It's a drug--it creates a dependency on Evan and Gemma. I can say with absolute certainty that this has become one of my all-time favorite books. One of those that enters your heart and touches your soul, never to leave you again." Bliss, Goodreads

"A modern version of the Italian masterpiece Death Takes a Holiday." Elena, Goodreads

"I couldn't put this book down. I read it three times, and each time I was just as moved as I was the first time! I hope it's translated into every language in the world, that it's made into a movie, a television series, a comic book. I want to see Touched Halloween costumes and rearview-mirror ornaments! This book should even have fanfiction spinoffs--it deserves all this and more." Valentina Canella, Goodreads

"I just started reading this book and I'm already madly in love. In addition to the exciting story, the writing is really excellent. Gemma's feelings are described so well I feel like I'm inside her head." Vanny Styles, Amazon

QUOTES FROM THE BOOK:

"I'd always preferred the peace and quiet of a good story to the noisy company of other kids." Gemma

"That's when I saw him. His icy gray eyes were fixed on me with fiery intensity, narrowly assessing me. How was it possible for ice to melt as if it were fire? My heart was pounding so hard I could distinguish every upbeat and downbeat. It was like a concert of emotion--the most beautiful melody I'd ever heard." Gemma

"It was so strange how fast you could go from walking on a cloud to sinking into the deepest despair. But life doesn't always ask you what you think is fair. Moods change, like the seasons; the only difference is how quickly everything transforms." Gemma

"This night belongs to you. Rise up and gather the brightest stars." Evan

"Shyness is a lasso that binds the wings each of us has. Only if you untie it can you fly." Gemma

"There was something in her eyes that roused a part of me I couldn't control, making me feel like a wild man at the mercy of his desire." Evan

"A gust of wind ran over my skin, ominous yet familiar, making me shiver. Evan looked up cautiously, as if afraid of frightening me. I swallowed with difficulty, my throat dry from emotion. My breathing grew irregular as his eyes, suddenly as gray as molten silver, searched mine inexorably. He'd transformed. The emotion paralyzed me, taking my breath away.
"Can you see me?" Evan's voice enveloped me like a warm mantle as our gazes remained silently entwined, exploring the mystery." Gemma

"I walked out of the room, reaching the bathroom in my human form. I didn't want to shed my physical body, even though I was sure that was where the sensations I was feeling were coming from. They were human, even though they'd put down roots within me. Or maybe I was afraid that in my angelic form, in which everything was amplified, I wouldn't be able to bear it.
I turned on the water in the shower and pulled off my jeans. In moments, the room was filled with steam. I leaned my palms against the wall and let the water run down my back.The image of Gemma in the shower came into my mind. I thought about how she'd closed her eyes, the way she'd pushed her hair to one side as the water flowed down her skin . . . and the longing I'd felt.
Spying on her was wrong. I knew that, but I couldn't help it.
I closed my eyes and my vision seemed to become reality. Suddenly she was there in the shower with me. I ran my nose down her shoulder, breathing in the scent of her wet skin. It was so intoxicating. I slid my hand down her side and clasped her flesh, overcome by an unknown desire. Overcome by the longing to draw her to me. I was shaken by the madness of my own thoughts.
She lifted her chin and I looked into her big, dark eyes. A shiver washed over me. I was breathless.
A knock on the door snapped me back to reality. I clenched my fist and slammed my palm against the stone wall, cursing. The wall cracked under the blow.
I shook my head, my hair dripping wet, and ran my hands down my face. I felt like I was losing my mind. I had to stop torturing myself. That new part of me trying to emerge had to be held back.
I was a Soldier. And Gemma was my target." Evan

"Fate had led us back to our roles: the doomed mortal and the Angel of Death. Prey and predator. One against the other in a battle in which I felt I'd already lost everything. As Evan strode toward me, I decided I wouldn't put up a fight. I didn't care about dying any more if it was Evan who wanted me dead. I didn't care about living any more either, for the same terrible reason." Gemma

Leah Janeczko (translator): Originally from the suburbs of Chicago, Leah D. Janeczko has lived in Milan for half her life plus a few months. Her translations have been published by Random House, Scholastic, Hyperion, Elle, Volo, Harper Collins AudioBooks, Fazi Editore and Disney.
Annie Crawford (editor): Born in Cambridge, Massachusetts, Annie likes to think editing is in her blood. From the age of five, she knew she wanted to be just like her grandmother, a highly-regarded literary editor. Annie has copy/line edited everything from memoirs to academic projects to novels. Fluent in Spanish and competent in Italian and French, she's created a niche for herself as a translation editor as well, and also does literary translations from Spanish to English. Annie has written two young adult books of her own plus a travel memoir.

Leah Janeczko (translator): Originally from the suburbs of Chicago, Leah D. Janeczko has lived in Milan for half her life plus a few months. Her translations have been published by Random House, Scholastic, Hyperion, Elle, Volo, Harper Collins AudioBooks, Fazi Editore and Disney.
Annie Crawford (editor): Born in Cambridge, Massachusetts, Annie likes to think editing is in her blood. From the age of five, she knew she wanted to be just like her grandmother, a highly-regarded literary editor. Annie has copy/line edited everything from memoirs to academic projects to novels. Fluent in Spanish and competent in Italian and French, she's created a niche for herself as a translation editor as well, and also does literary translations from Spanish to English. Annie has written two young adult books of her own plus a travel memoir.

Elisa S. Amore is the author of the paranormal romance saga Touched. She wrote the first book while working at her parents' diner, dreaming up the story between one order and the next. She lives in Italy with her husband, her son, and a pug that sleeps all day. She's wild about pizza and traveling, which is a source of constant inspiration for her. She dreamed up some of the novels' love scenes while strolling along the canals in Venice and visiting the home of Romeo's Juliet in romantic Verona. Her all-time favorite writer is Shakespeare, but she also loves Nicholas Sparks. She prefers to do her writing at night, when the rest of the world is asleep and she knows the stars above are keeping her company. She's now a full-time writer of romance and young adult fiction. In her free time she likes to read, swim, walk in the woods, and daydream. She collects books and animated movies, all jealously guarded under lock and key. Her family has nicknamed her "the bookworm." After its release, the first book of her saga quickly made its way up the charts, winning over thousands of readers. Touched: The Caress of Fate is her debut novel and the first in the four-book series originally published in Italy by one of the country's leading publishing houses. The book trailer was shown in Italian movie theaters during the premiere of the film Twilight: Breaking Dawn--Part 2.
Read more