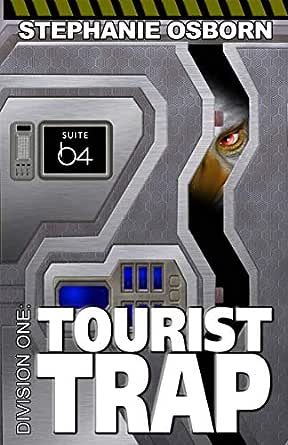 You've subscribed to Division One! We will preorder your items within 24 hours of when they become available. When new books are released, we'll charge your default payment method for the lowest price available during the pre-order period.
Update your device or payment method, cancel individual pre-orders or your subscription at
Your Memberships & Subscriptions
There was an error. We were unable to process your subscription due to an error. Please refresh and try again. 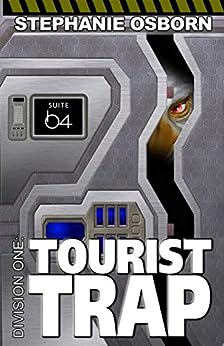 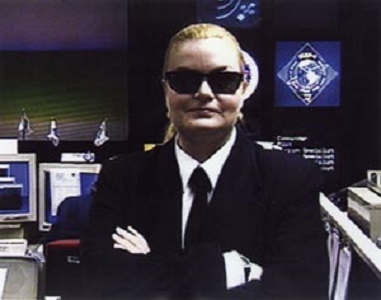 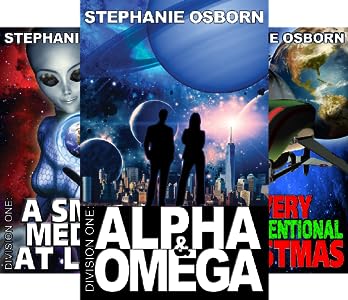 Few can claim the varied background of award-winning author Stephanie Osborn, the Interstellar Woman of Mystery. Veteran of more than 20 years in the civilian space program, as well as various military space defense programs, she worked on numerous space shuttle flights and the International Space Station, and counts the training of astronauts on her resumé. Her space experience also includes Spacelab and ISS operations, variable star astrophysics, Martian aeolian geophysics, radiation physics, and nuclear, biological, and chemical weapons effects. Stephanie holds graduate and undergraduate degrees in four sciences: astronomy, physics, chemistry and mathematics, and she is "fluent" in several more, including geology and anatomy. In addition she possesses a license of ministry, has been a duly sworn, certified police officer, and is a National Weather Service certified storm spotter. Her travels have taken her to the top of Pikes Peak, across the world's highest suspension bridge, down gold mines, in the footsteps of dinosaurs, through groves of giant Sequoias, and even to the volcanoes of the Cascade Range in the Pacific Northwest, where she was present for several phreatic eruptions of Mount St. Helens. Now retired from space work, Stephanie has trained her sights on writing. She has authored, co-authored, or contributed to some 40+ books, including the celebrated science-fiction mystery, Burnout: The mystery of Space Shuttle STS-281. She is the co-author of the Cresperian Saga book series, and has written the critically acclaimed Displaced Detective Series, described as "Sherlock Holmes meets The X-Files," and its pulp-bestselling prequel series, Gentleman Aegis, the very first book of which won a Silver Falchion award. She has dabbled in paranormal/horror as well, releasing the ebook novella El Vengador, based on a true story. Her recent popular science book, Rock and Roll, a discussion of the New Madrid fault and its historic quakes, was a multiple-genre bestseller! It was followed with the equally-popular Kiss Your Ash Goodbye, an explanation of the Yellowstone supervolcano. Currently she's launching into the unknown with the Division One series, her take on the urban legend of the people who show up at UFO sightings, alien abductions, etc. to make things...disappear. In addition to her writing work, the Interstellar Woman of Mystery now happily "pays it forward," teaching math and science through numerous media including radio, podcasting and public speaking, as well as working with SIGMA, the science-fiction think tank. The Mystery continues.

Around the Earth and into space. For the past 25 years Darrell Osborn has provided graphic support to everyone from first time authors to NASA. Acting as an "extension of their mind's eye," he allows people to actually see their ideas and dreams. --This text refers to the paperback edition.

Laura Peterson
4.0 out of 5 stars Action Packed
Reviewed in the United States on February 14, 2020
Verified Purchase
This story was action packed from beginning to end. The characters were dealing with some major traumas, and I couldn't put the book down.
Read more
Helpful
Comment Report abuse