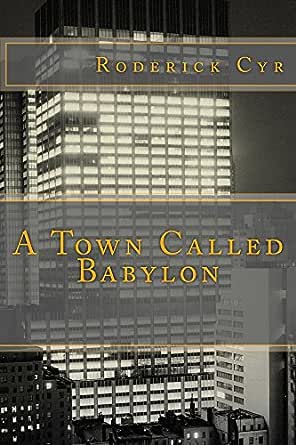 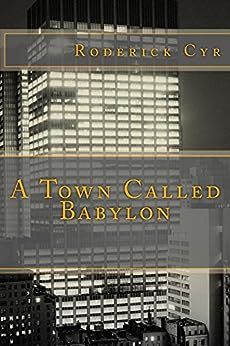 Unlike other dystopian novels that travel well-worn ground focused on tyrannical governments, A Town Called Babylon provides a glimpse into the alarming world of societal tyranny. Drawing on biblical prophecy and burgeoning social trends, the novel paints an unsettling portrait of what tomorrow will look like when society - working in concert with powerful institutions such as corporations, academia, and the media - threatens and attacks freedom, individuality, and religious liberty. The picture that emerges is at once frightening and hopeful, cautionary and insightful.

It is a book that sounds the alarm on the dangerous path we are traveling down as a society and offers an urgent wake-up call against the cacophony of voices that seek to eliminate freedom of speech, religion, and thought. To say it will change the way you view the world and listen to the news is no overstatement.

Roderick Cyr is the author of four novels and several screenplays. He lives in the Midwest with his wife and cat. You can learn more about him and his writing at his website: www.RoderickCyr.com --This text refers to the paperback edition.

Golden Girl
4.0 out of 5 stars 1984 style story relevant today
Reviewed in the United States on October 7, 2020
Verified Purchase
This was an interesting book. It was written by a Christian style author, but we can certainly relate to the story today in 2020. If this year hasn't been bad enough with the pandemic, economic struggles, racial unrest, and the upcoming Presidential election, the atmosphere is filled to overflowing with societal intimidation. People are cutting others off verbally in person, as well as through social channels because of their beliefs. It's even reached new physical heights through assaults, vandalisms and riots. This is what the book is basically about. The town's leaders, socialist in indoctrination, attempt to control their population through social pressure, mainly by smearing those non-conformers through social media. Nothing is off of the table, including posting pictures, whether original or doctored to influence the town's readers and to put more pressure on the individual to conform. If that doesn't work, the actions and retaliations are escalated.
Although this book was published in 2017, it could have been published today, with its relevance.
With the way it was written a sequel will probably follow.
Read more
Helpful
Comment Report abuse

Tray
5.0 out of 5 stars A Town Called Babylon
Reviewed in the United States on March 8, 2018
Without a doubt one of the most realistic stories I have ever read. I loved how the questions were answers, the messages that if you love Me keep My commandments. If you love Jesus would you want to be like Him, or could you just stay the same? The Babylonians seem so familiar, reminded me of home. I do not know how the author surpassed others with this book And I have never read anything by this author, where have you been? Please hurry and write the next book I read this for free, now I am buying it to keep and reread.
Read more
Helpful
Comment Report abuse

JT Sully
5.0 out of 5 stars Great book!
Reviewed in the United States on June 9, 2019
Excellent Christian story about the end times! I hope there is a part 2!
Read more
Helpful
Comment Report abuse