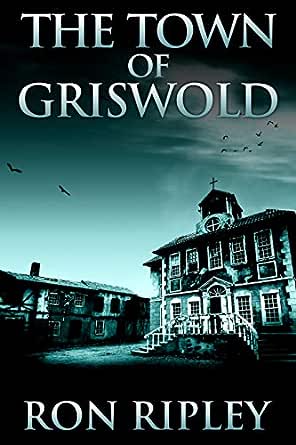 You've subscribed to Berkley Street Series! We will preorder your items within 24 hours of when they become available. When new books are released, we'll charge your default payment method for the lowest price available during the pre-order period.
Update your device or payment method, cancel individual pre-orders or your subscription at
Your Memberships & Subscriptions
There was an error. We were unable to process your subscription due to an error. Please refresh and try again. 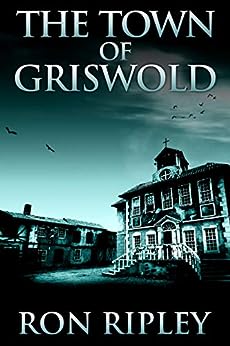 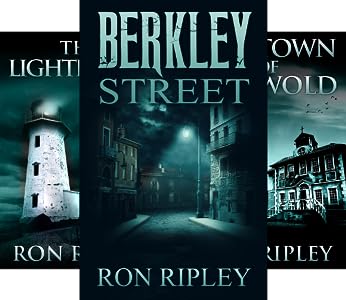 "Really like this author! Third book in this series, but each book is a stand alone read. I've read the 4th book and can't wait for Ripley's next one. Also devoured all his other books and signed up to his newsletter. A good shiver for a dark night's entertainment." -Donna
"I love Ron Ripley's work. He isn't as wordy as Stephen King or Dean Koontz, but he IS in that same class for me. He's scary with a touch of humor. Hard to pull off for others, but not Mr. Ripley." - Reader


"This man is one hell of a writer, Koontz, King and many others should bow before him! He's got them all beat! Always tops his previous book and I hate finishing a book of his unless I've got another of his to start. They are THAT awesome!" -Reader

"I love reading your books and look forward to the next and the next. Keep them coming. And thank you again for the great writings." -Reader

"Ron Ripley 's done it again; makes you want to sit down and read until the whole story is done Ghost horror at it's best." -Reader
"Another riveting Ron Ripley story with the flawed hero Shane Ryan. Shane goes on a day trip to of all places a ghost town and you know things are going south for him from there on. Maybe he's cursed that he makes it out alive but helps so many others find rest." -Alan

"I love reading your books and look forward to the next and the next. Keep them coming. And thank you again for the great writing." -Reader

"Ron Ripley certainly knows how to create suspense filled horror that can't be put down! Plenty of twists involved kept me wondering what might ultimately happen and a bittersweet ending was unexpected but fitting. I certainly plan on reading the next book in this series. Another great book provided by my kindle unlimited subscription." -Brenda

"Another gem from Mr. Ripley. Scary and pretty gruesome at times. Abel is one of Ripley's creepiest spirits. What more can I say about Shane Ryan?! He is right up their with my other favorite, Brian Roy. Two wonderful characters that I will miss immensely along with Leo, Carl and the other ghostly inhabitants of the Berkeley Street residence." -Reader

Chapter 1: Looking for a Place to 'Shine

John and Jimmy Quill drove along Route 111. They had 'Irish-ed' up their coffee with a good dose of bad whiskey, and they were feeling fine as the sun rose. John steered with one hand, held his travel mug with the other, and kept watch on his side of the road. Jimmy, younger by two years, examined everything which passed by on the passenger side.

"On the right, about two hundred feet, slow down," Jimmy said, rolling down his window to get a better look.

John pulled off onto the shoulder, came to a stop. A narrow road, the pavement cracked and in desperate need of repair, turned off and into the shadows. "What's this?"

John watched as his brother pulled out his phone, punched in their position, and waited to see what results showed up. With a flick of his wrist, John put on the hazard lights and kept an eye on the mirrors, making sure no cops showed up to ask what he and Jimmy were up to.

After several minutes, when John was finally feeling a buzz from the whiskey, Jimmy said, "Here it is, bro. Place called Griswold. Used to be a lumber town. Shut down sometime in the thirties."

"What's there?" John asked, peering down the tree-lined road which led into darkness.

John took it and looked at the crisp, black-and-white image on the screen. A clapboard church, a good-sized building, was the dominant feature in a town.

"That church," John said, grinning at his brother, "that church looks perfect."

Jimmy nodded, smiling. "Yeah, it sure as hell does."

John took his foot off the brake, made sure no one was coming up on them and pulled wide into the street before he cut hard to the right.

The street leading into Griswold was a mess. Every few feet John's old, restored Dodge pickup bounced along. John winced with every bump and thud.

Damn, he thought, I sure as hell better not break a damned spring.

Tree limbs slapped at the sides and the windows, but John continued to push on. The world consisted of nothing more than broken asphalt and the crowded road.

Then the forest opened up around them, and the town of Griswold appeared. Two buildings stood tall: the church, and a long but low structure with a faded sign that proclaimed it to be the Griswold Country Store. The remains of a few other buildings stood on either side of the narrow street, and empty plots stood close by. Hints of other roads branched off through the forest, which had encroached on the town. Young trees, no more than twenty or thirty years old by their size, were along both sides near the back.

"We could do it here," Jimmy said, looking around.

John nodded his agreement. "For a while at least. Eventually, they'll figure it out."

"Yeah," Jimmy said, sighing. "They always do. But it might take a little longer here."

"Will you be able to get the Chinaski brothers to help?" John asked. "They've got access to the college's trucks, right?"

"Yeah," Jimmy said. "Both of them still owe me for the bet they lost on the last Red Sox game. I'll tell them I'll get rid of the bet and the interest."

"Sounds good," John said. "We'll have to come back and check it out before we set up, though. Make sure nobody's squatting here."

Jimmy nodded his agreement as John started to turn the truck around. It took a few tries in the tight confines of the overgrown street, but he managed. As he pointed the truck back the way they had come, he looked in the rearview and almost hit the brakes.

For a second John thought he had seen a young woman by the church.

Probably a deer, he told himself, shaking his head. John pushed the thought out of his mind and guided the truck back towards Route 111.