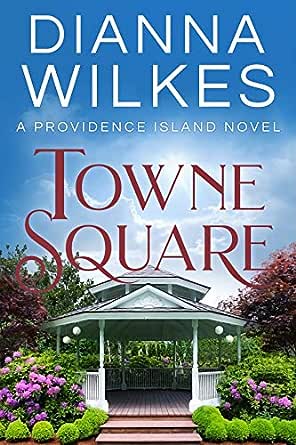 You've subscribed to Providence Island! We will preorder your items within 24 hours of when they become available. When new books are released, we'll charge your default payment method for the lowest price available during the pre-order period.
Update your device or payment method, cancel individual pre-orders or your subscription at
Your Memberships & Subscriptions
There was an error. We were unable to process your subscription due to an error. Please refresh and try again. 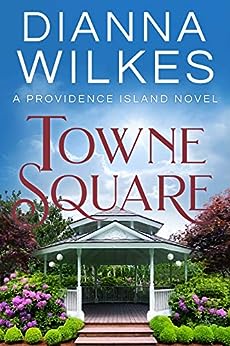 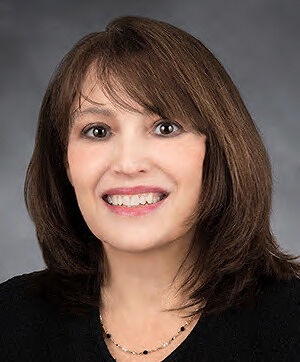 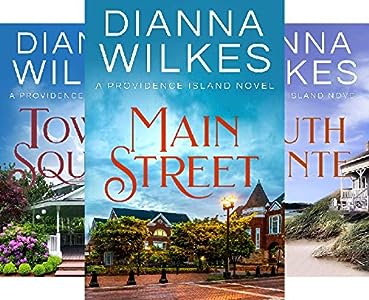 Dianna Wilkes is an award winning contemporary romance author.
Reading has always been an important part of her life. "I learned to read when I was four years old. Writing my own stories seemed a natural progression."

A West Virginia native now living in Delaware, Dianna has a B.A.in Visual Communication and a M.Ed.in Instructional Technology and works as an Education Consultant. Despite all that nerdy stuff, she loves creating stories of romance and mystery with touches of humor.

When she isn't writing or working, Dianna is deep in researching various twigs and branches on her family tree or fulfilling entries on her travel bucket list. Connect with Dianna on Facebook: facebook.com/DiannaWilkesAuthor or her Website: diannawilkes.com
--This text refers to the paperback edition.

Indy
5.0 out of 5 stars A sequel every bit as great as the first book!
Reviewed in the United States on August 24, 2018
Verified Purchase
I am LOVING this series! So looking forward to Paige and Sam's story (Sam, Sam, Sam. You big goofball. Don't loose that girl!), and the big reveal why Dana's "husband" did what he did.
Read more
Helpful
Report abuse

Kelly
5.0 out of 5 stars Dianna did not disappoint!!
Reviewed in the United States on February 28, 2018
Verified Purchase
The second book in this series was just as good if not better than the first. I could not put this book down!! I cannot wait until the next book comes out!!
Read more
Helpful
Report abuse

Kindle Customer
5.0 out of 5 stars Providence Island 2
Reviewed in the United States on October 5, 2019
Verified Purchase
I read the first and enjoyed it. This was just as intriguing and fast paced. I liked the warmth that Dana and her extended family generates. I can't wait to find out the why of the murder and mayhem going on. Thank you
Read more
Helpful
Report abuse

Kindle Customer
4.0 out of 5 stars The story keeps you interested with twists and turns.
Reviewed in the United States on October 24, 2018
Verified Purchase
The characters are becoming friends. You root for their success. It's great to read about friendly people. Enjoy the summer read.
Read more
Helpful
Report abuse

Anthony Avina
4.0 out of 5 stars Jamie Danvers’s luck changed for the better when she was hired to handle marketing and communications ...
Reviewed in the United States on March 25, 2018
I received a free copy of this book in exchange for a fair and honest review. All opinions are my own.

A woman reconnecting with her son after recovering memories of a life she never knew she had leads a small knit group of people through a mystery that shakes up the small town of Providence Island in the hit book Towne Square (Providence Island Book 2) by Dianna Wilkes. Here's the synopsis:

Jamie Danvers’s luck changed for the better when she was hired to handle marketing and communications for a Providence Island design firm. Although she’s learned from her past mistakes, her family continues to believe the worst about her. On PI, she’s making a fresh start—a home, good friends, and a challenging career. Her boss, Dana Canfield, believes in her, something Jamie hasn’t experienced for a long time. Falling in love with architect Rhys McCall wasn’t in Jamie’s plan, especially since he’s Dana’s son. Can she trust her instincts this time that Rhys might be The One?

Workaholic Rhys McCall put off having a personal life for too long. A fractured family life growing up left him cynical about finding eternal love. Jamie’s beauty catches his interest from the beginning. Her clever mind and quick wit keeps him on his toes, and he’s ready to become a believer in Forever After. She’s the perfect fit for him—personally and professionally.

But the path to love isn’t going to be easy. A killer roams the streets of PI. He’s murdered two people already, and Rhys appears to be next in his sights. Until Rhys discovers who’s targeting him, he can’t put Jamie’s life at risk. But Jamie’s not about to let Rhys shut her out. Will her determination to save their relationship put them both in jeopardy?

This book perfectly balances the mystery surrounding these characters with the personal relationships both romantic and familial that everyone loves to read. This romantic suspense thriller is the second in the acclaimed Providence Island series, and sees the story continue as a woman who learned she was lied to for years about who she was reconnects with her long lost son, trying to rebuild the life they never got to have together. However her son not only has to deal with a blossoming romance, a man swooping his mother off her feet and a huge business deal that could affect the entire town, but now he has to contend with a stalker who sets their sights on him, going after anyone he cares about.

The suspense is addicting to read, keeping the reader on the edge of their seat until the books final moments. Leaving room for the anticipated third book in the franchise, the story does a marvelous job of furthering the character's story developments while keeping the relationships fresh and heartwarming to read. Twist after twist keep the story flowing in this small town, as the island itself becomes a character that sets the scene for a coastal town becoming the home to a mysterious killer with an agenda all his own.

In the end, this was a wonderful read. While I hadn't read the first book in the series, the second book does a great job of balancing past events in the first book with a fresh new story that doesn't require the reader to go out and buy the previous book. It's an engrossing read that everyone should try, so if you haven't yet be sure to pick up your copies of Dianna Wilkes novel Towne Square today!
Read more
Helpful
Report abuse

Dana Provo
4.0 out of 5 stars Great book!
Reviewed in the United States on May 2, 2018
I received this book for free in exchange for a review. I did not read the first book and was a little concerned that I would feel left behind, but was pleasantly surprised when the book recapped everything enough for me to follow along. The mystery isn’t solved in this book and I’m okay with that because you get to learn more about all the characters. This book was fun and easy to read. I felt like I was in the town with the characters. I’m eager to read the third book and find out what happens with Rhys and Jamie!
Read more
Helpful
Report abuse
See all reviews

Diana
4.0 out of 5 stars Romance with a dash of mystery
Reviewed in the United Kingdom on December 1, 2020
Verified Purchase
Love following the characters from book 1. Once again more of romance than mystery....wish we could have found out what happened all those years ago to entwine all their destinies. ...but I guess we won't know before end of book 4! The author does enough to spike your curiosity and make you get the next book...which I have done!
Read more
Report abuse
See all reviews