You've subscribed to Secrets! We will preorder your items within 24 hours of when they become available. When new books are released, we'll charge your default payment method for the lowest price available during the pre-order period.
Update your device or payment method, cancel individual pre-orders or your subscription at
Your Memberships & Subscriptions
There was an error. We were unable to process your subscription due to an error. Please refresh and try again. 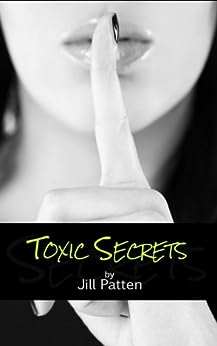 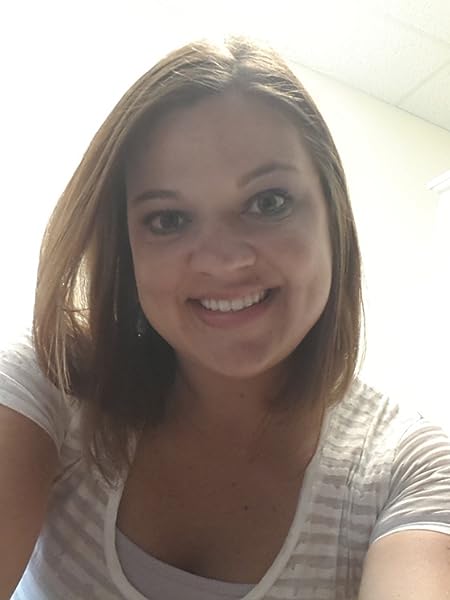 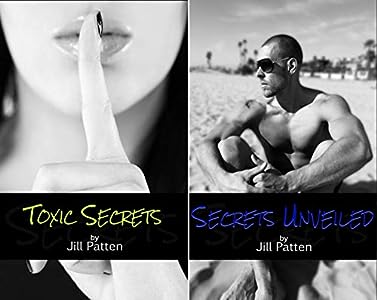 Jill Patten was born a Yankee, but raised a southerner. She lives in the small town of Mayberry, North Carolina which was made famous by a popular TV show back in the sixties. (Maybe there will one day be a statue of her at the end of Main Street. Ha! A girl can dream, right?) Jill has always loved to read, even during reading labs in middle school for reading comprehension. Judy Blume was her first author she hero-worshipped, maturing to revere the works of Stephen King. With all the fantastic authors today, she simply cannot choose a favorite. Her taste is very eclectic and she loves almost all genres. When she's not captivated by her fictional characters, she spends time with her sweet husband and two beautiful children. Music is her muse. Jill also loves elephants, sarcasm, and anything made with sugar, especially sweet tea. She enjoys all things rude and crude and laughs at stuff she probably shouldn't. She has been accused of being bossy a time or two, but doesn't really see it herself. All in all, Jill is just a small town girl in this great big world trying to enable your book addiction. Oh, and if you read her book, please leave her a review - good or bad, she'll love you forever. --This text refers to the paperback edition.

Sheena R Martin
5.0 out of 5 stars A great book, and up and coming author!
Reviewed in the United States on October 14, 2013
Verified Purchase
I love to read. I love nothing more than a book that I can personally relate to; one that makes my chest constrict and my stomach turn with its wonderful details. This book gave me all of that and more. I felt close to every character, even the secondary characters that play minor roles in the novel. Jill Patton describes them in such a way that you instantly fall into step with them. No book would be complete without the antagonist, and Phillip is the epitome of such. I found myself seething with hatred for him, and wanting nothing more than to land a few swift punches to his smug face...(shew, just describing him gets me going). All of these characters come together in a great, but tumultuous, love story. You are constantly rooting for Courtney and Jaxon, but also so uncertain because of the lingering secrets that they both keep. Most women can relate instantly to Courtney, her personality mirroring aspects all of us have, and some aspects some of us don't admit we struggle with. Men can easily take on the characteristics of most male characters in this book, making it great for everyone.

Kendra and Courtney share a friendship that most would envy; playful and charismatic. They are constantly telling it like it is, and picking up the pieces the other lets fall. Their friendship plays a key role in how Courtney deals with everything happening around her.

But nothing, I repeat nothing, compare to the strange triangle that exists between Courtney, Jaxon, and Phillip. Its full of big personalities, and comes to big climaxes. Phillip the manipulative jacka** who you hate even more after his true self is shown; Jaxon is a man that anyone would want by their side. He is strong, brave, and darkly conflicted. There is something so enduring about him as he struggles to show the side of him that has remained so hidden for so long. He is raw, and enticing. He is paired perfectly with Courtney. She is a strong 17 year old, but can't always seem to find her voice and project how she feels. The way her mother raised her, she has persevered through a series of faulty relationships; from her father to her ex-boyfriend Phillip. She becomes a better version of herself once she really connects with Jaxon. Its so full of real life issues, that pull at your heart.

All-in-all, it is a great read and I cant wait to dive into the second one.

**my only possible issue was in the beginning I felt like the backstories of each character was taking too long to build, but once I got farther in, I realized that was necessary. I wouldn't have been so intrigued by each characters actions if I didn't know as much as I did about their past experiences.
Read more
8 people found this helpful
Helpful
Report abuse

A7XNBK
5.0 out of 5 stars Wow ...
Reviewed in the United States on January 26, 2014
Verified Purchase
Great book. So many emotions that I can't get over at the moment. Total book hangover and I just want to wring the author's neck, not because of the cliffhanger itself, but because of what exactly the cliffhanger is!!! Courtney is a 17 year old girl, trapped in a demented relationship with her ex boyfriend, Phillip. Phillip is controlling and abusive, mentally and physically. For some reason, Courtney still makes excuses for loving him, even though technically they are exes. The problem is, Phillip still doesn't want her with anyone, even if he doesn't want her either. Courtney's best friend Kendra and her boyfriend Reed decide to set Courtney up on a blind date with Reed's cousin, Jaxson. Jaxson is older, much older than originally thought (not much though at 22). He is everything that Phillip isn't, only he has his own secrets for his attraction to Courtney. They don't get to spend much time together before Jaxson has to head back to Cali, but their feelings for each other grow. The two get to bond again on a ski trip. After Jaxson heads back home again, an accident happens, causing a huge mess. That's about all I can write without giving anything away. I am so emotionally invested in these characters that I can't wait to read the next book, Secrets Unveiled, due out in Feb/March 2014.
Read more
4 people found this helpful
Helpful
Report abuse

Lara
5.0 out of 5 stars You have got to read this!!!!!
Reviewed in the United States on October 13, 2013
Verified Purchase
Loved this book!!! I love the characters-Jaxon is some yumminess that I would love to get my hands on. He is sweet, moody and sexy all rolled up in one. Courtney, who got on my nerves in the beginning b/c she was acting like a shy little girl but slowly you can see her come out of her shell. She went from a naïve teenager to a young adult and I loved being a part of the change in her. I was actually falling a little for Phillip but was glad the author, Jill Patten, made me snap out of it quickly. I loved the friendship between Courtney and Kendra. Kendra is the friend that everybody can relate to.

The attraction between Courtney and Jaxon is instant, hot and will drive you mad! Here are 2 people who need to be together but both keep beating around the attraction they feel towards each other. Jaxon b/c he's afraid of his past coming back to bite him and Court b/c she keeps letting her 1st boyfriend toy w/her emotions. The last few chapters.......well I'm afraid to say too much b/c I don't want to give the story away before others get the chance to read this great book! This is a must read
Read more
7 people found this helpful
Helpful
Report abuse
See all reviews

KRISTA WEBSTER
4.0 out of 5 stars Enjoyable story.
Reviewed in the United Kingdom on June 12, 2014
Verified Purchase
At the start you get to know one of the first secrets to be revealed during this book and its about Jaxon and how there is a girl that looks like his princess. Then you meet socially awkward Courtney who is lacking in confidence and has a intimidating, controlling ex boyfriend. Her best friend Kendra and her boyfriend Reed try to help Courtney beat Philips mind-games. They introduce her to Reeds cousin Jaxon - 'sex on a stick' gorgeous but older , when he visiting Reed. They try being friends and she finds out there is more to his story than he actually telling her but then she is hiding stuff - so more secrets being kept. He also struggles because of her age and he is a very private person. Philip still has a huge control over her life and his Mum also involved when he plays her again. Jaxon holds onto Courtney as much as possible but it is a big shock to her to see his life in LAX. When her relationship with Philip comes to head which of the boys will she choose. You may be cross with some of Courtneys decisions but Philip has a very strong hold on her in an emotionally and abusive way. Can't wait to hear more about Jaxon and his life.
Read more
Report abuse

Jacqueline
3.0 out of 5 stars Good story, horrible ending
Reviewed in the United Kingdom on May 10, 2014
Verified Purchase
I really enjoyed this until the ending. She's a high schooler, but not too juvenile, he's a 22 year old with lots of secrets, only a few of which we learn about in this book, I guess all will become clear in the follow-up. There were lots of belly tingling happy times in this that made the ending even more brutal and, sad to say, spoiled the story for me. Nasty.
The writing was good, better than usual quality but I don't enjoy being left feeling like their future's bleak.
Read more
Report abuse

Claire
5.0 out of 5 stars Brilliant
Reviewed in the United Kingdom on May 22, 2014
Verified Purchase
I did not want to put this book down what a brilliant story that I can't wait to continue by reading book two I really need to know what happens next in Courtney and Jaxson story
Very entertaining and enjoyable book will definitely be recommending this one.
Read more
Report abuse

Kindle Customer
4.0 out of 5 stars A good read
Reviewed in the United Kingdom on December 27, 2013
Verified Purchase
I liked this book. it was a good read . good for younger readers. ill give it a 4 stars
Read more
2 people found this helpful
Report abuse

nichola j mcmaster
5.0 out of 5 stars loved this book :)
Reviewed in the United Kingdom on December 7, 2013
Verified Purchase
This book was great didn't wana put it down so finished it quite fast. Was gutted when it was finished :(
Read more
One person found this helpful
Report abuse
See all reviews
Back to top
Get to Know Us
Make Money with Us
Amazon Payment Products
Let Us Help You
EnglishChoose a language for shopping. United StatesChoose a country/region for shopping.
© 1996-2021, Amazon.com, Inc. or its affiliates