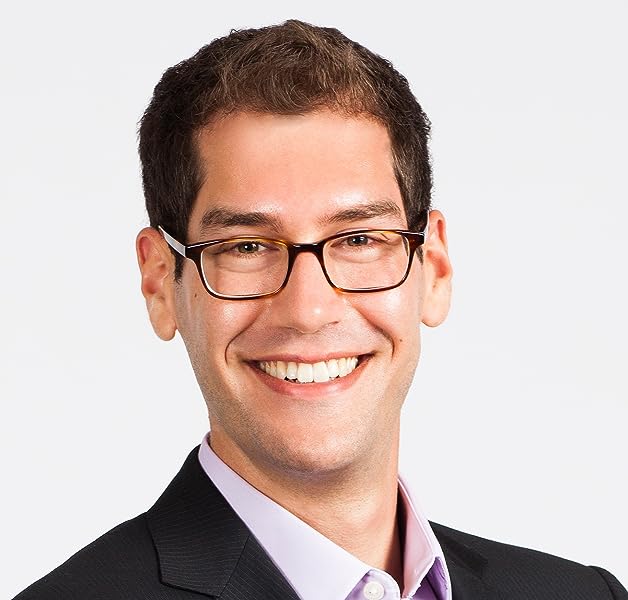 “The authors weave a complex tapestry of monetary, fiscal and social policies through history and offer opinions about what went right and what went wrong . . . Worth reading for their insights into the history of trade and finance.”—George Melloan, Wall Street Journal
"This is a very important book."—Martin Wolf, Financial Times
"[O]ffers a deeper argument about the source of the trouble”—Economist
“Trade Wars are Class Wars is a must-read from two of the most astute commentators on the global economy. Klein and Pettis offer an essential analysis of how domestic inequality and international conflict are interlinked, and provide an answer to the crisis of globalization.”—Adam Tooze, author of Crashed: How a Decade of Financial Crises Changed the World
“An erudite, original, and provocative explanation of the global economic imbalances that have been at the root of numerous financial crises.”—Ernesto Zedillo, Director of the Yale Center for the Study of Globalization
"This is a book that everyone concerned with the global economy should read. A fascinating account of the damage that rising inequality—especially in China and Germany—has done to all our economies"—Dani Rodrik, Harvard University

Matthew C. Klein is the economics commentator at Barron’s. Michael Pettis is professor of finance at Peking University’s Guanghua School of Management and a senior fellow at the Carnegie Endowment for International Peace.
Start reading on your Kindle in under a minute.

4.8 out of 5 stars
4.8 out of 5
25 customer ratings
How does Amazon calculate star ratings?
Amazon calculates a product’s star ratings based on a machine learned model instead of a raw data average. The model takes into account factors including the age of a rating, whether the ratings are from verified purchasers, and factors that establish reviewer trustworthiness.
Top Reviews

fitzalling
VINE VOICE
5.0 out of 5 stars Globalization/Class Wars?
Reviewed in the United States on June 21, 2020
Verified Purchase
I have the hardback with 232 pages not including Notes and Index. The book is well-written, but, to its credit, it contains economic research and analysis that requires the reader to stay focused. Nonetheless, it didn't take too long to read it.

The wealth of the 1% versus the wealth of all others lies at the heart of the authors' argument. As the book cover says: "How Rising Inequality Distorts the Global Economy and Threatens International Peace." I'll let the authors speak for themselves: "A core argument of this book is that the distribution of purchasing power within a society affects its economic relations with the rest of the world. People who cannot afford to buy what they produce must rely on foreign demand for their output." Pg. 176.

The focus is largely on the U.S., China and Germany. In China and once again I'll let the book speak for itself: "The financial system, in other words, produced a massive and sustained transfer from the Chinese people to large manufacturers, infrastructure developers, real estate developers, and provincial and municipal governments. The transfer was worth about 5 percent of Chinese GDP each year between 2000 and the start of interest rate liberalization around 2013. With such cheap capital, it is not surprising that entities with privileged access to loans embarked on a massive investment spree, often with little concern about the quality of the projects they were financing." Pg. 112.

Germany had much the same policy response particularly after the reunification with the former East Germany. "Although many in the former communist bloc eventually benefited from convergence with their richer Western neighbors, the after reunification proved traumatic for many Germans in the the East and the West. Poverty and insecurity rose, especially for Germans with jobs. Workers at the top saw rapid income gains even as most other Germans experienced outright wast cuts. National income shifted from workers to the owners of capital." Pg. 131.

In both China and Germany, this shift in income from workers to elites arose from deliberate policy choices. The book examines these same effects in the U.S. It also looks at the effect of the dollar being the world's reserve currency and concludes that rather than the reserve currency status being an "exorbitant privilege" it has rather become an "exorbitant burden."

The book has two authors, Matthew Klein, a writer in Barron's, and Michael Pettis, a professor at Peking University. I am surprised that Dr. Pettis is able to work at Peking University and write about the Chinese economy with the clarity that he does. Perhaps the Chinese permit more freedom of speech than I expected. Mr. Klein writes a regular weekly column for Barron's which he does well.

If you find your interest whetted by the quotes above, I think the book will reward your time to read it. In particular, the comments about Germany were enlightening and, to me, surprising about the effects of German elite's policies on the lives of average Germans. I recommend the book highly.

If the effect of globalization interests you, I have read and recommend the following books: Twilight of the Elites by Christophe Guilluy (effect on France), Trade, Conflict and the Perilous Road Ahead, by Michael Pettis (one of the two authors of Trade Wars are Class Wars) with a principal focus on China, The Nationalist Revival by John Judis (focuses on the political push-back against globalization), The Levelling by Michael O'Sullivan (Irish author that looks at a range of issues including a disturbing historical background on globalization - World War 1 may have had its genesis in a late 19th and early 20th century push-back against an earlier version of globalization) and The Only Game in Town by Mohamed El-Arian (examines the Federal Reserve's role).
Read more
17 people found this helpful
Helpful
Comment Report abuse

MC
5.0 out of 5 stars Very good
Reviewed in the United States on May 25, 2020
Verified Purchase
Very readable and timely book. It is a gem that explains global imbalances, curent upheaval in politics in various countries, in a clear prose. Very commendable effort. Thank you.
Read more
12 people found this helpful
Helpful
Comment Report abuse

Barron’s economics columnist Matthew Klein and Peking University economics professor Michael Pettis have written a widely discussed book bemoaning the global savings glut that they believe to be the cause of the increase in trade tensions over the past two decades. And it is the high rate of savings by the wealthy that reduces aggregate demand globally thereby suppressing output and wages. It is Keynes’ classic under-consumption view of the world. Klein and Pettis try to prove their point by examining the economies of China, Germany and the United States.

But before that they go through a serious history of trade policy and economic crises from the 1820’s on. Unfortunately they make a few mistakes along the way. They admire Henry Clay’s American System of tariffs, internal improvements and national bank. However they ignore the secret sauce of American protectionism in 1800s, that being a tidal wave of immigration. Instead of importing products, America imported labor, much of it skilled. When immigration was cut-off in the 1920s and record high tariffs were imposed, the economy collapsed into the Great Depression. Along the way the authors surprisingly have some nice things to say about the gold standard.

Klein and Pettis early on cite Keynes’ discussion of how well the French economy fared with the payment of an indemnity arising out of their defeat in the Franco-Prussian War. What they leave out is that the excess savings generated by the French economy in the 1850’s and 1860’s was the source of funds. Hence what the Asian nations and Russia learned after the 1997-98 crisis, was the need for central banks to establish precautionary balances. It is those balances that make nation resilient to the vagaries and vicissitudes of the international economy. And as Klein and Pettis rightly note, the Asian and Russian response to the crisis greatly contributed to the savings glut.

The overarching thesis of the book is that capital flows drive trade flows. Simply put a trade deficit in the U.S. requires a capital inflow and a trade surplus in China requires a capital outflow. The authors use accounting identities to make their point. However accounting identities do not define causation because other items are not held constant. For example an increase in government spending, other things being equal increases GDP, but other things do not remain equal as consumption or investment or exports could be simultaneously reduced.

The authors make a very straight forward case that China should reduce its exports, which line the pockets of the Communist Party Bigs and the industrial elite at the expense of the workers. In turn the economy should shift towards domestic consumption through a policy of higher wages and a stronger social safety net. That all makes sense, but the high wage-stronger social safety net policy is inimical for the trade deficit-prone United States. All that would do is increase the U.S’s trade deficit.

Klein and Pettis also offer up other polices one of which is akin to modern monetary theory. Simply put, if the world is short of safe assets, the U.S. should sell all the bonds the rest of the world is demanding. They leave unsaid the impact of that policy on the foreign exchange value of the dollar. They also believe that the Dollar Standard that the global economy is now is instead of it being an exorbitant privilege, it is now an exorbitant burden. They would substitute Keynes’ Bancor, an idea that failed at the 1944 Bretton Woods Conference, but it is certainly worthy of discussion today.

There was one line in the book that really intrigued me. The authors note that the three areas of intense government involvement; housing, healthcare and higher education are the primary drivers of U.S. inflation. I would suggest that it would be in keeping with their concern about the immiseration of the U.S. working class to focus their next book on this topic.

To sum up, the Klein-Pettis book is being taken very seriously in policy circles and it could very well have a real influence on a potential Biden Administration. It is worth a critical read.
Read more
2 people found this helpful
Helpful
Comment Report abuse

mmmmmmm
5.0 out of 5 stars An instant favorite
Reviewed in the United States on June 6, 2020
Verified Purchase
Fascinating book that should be required reading for modern citizens. The influence of capital accounts can be a struggle to understand and this book presents one of the clearest explanations I’ve seen.
Read more
7 people found this helpful
Helpful
Comment Report abuse
See all reviews from the United States