Trading Option Greeks: How Time, Volatility, and Other Pr... and millions of other books are available for Amazon Kindle. Learn more
Share <Embed>
Have one to sell?
Sell on Amazon 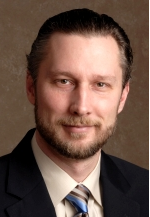 “A must-read for individuals who are serious about trading options.”—James Bittman, author, "Trading Options as a Professional"

“Dan’s book is a primer for options aficionados. Without bogging you down

with super-heavy math, he walks you through the key principles and shows you

"A must-read for individuals who are serious about trading options."
—James Bittman

Author, Trading Options as a Professional

"Dan's book is a primer for options aficionados. Without bogging you down with super-heavy math, he walks you through the key principles and shows you what matters the most to your trading portfolio."
—Fari Hamzei

Veteran options trader Dan Passarelli explains a new methodology for option trading and valuation, paying special attention to how more accurate pricing can drive profit. In straightforward language and making use of charts and examples, Passarelli explains how to use the greeks--the five factors that influence an option’s price—to trade more effectively. Understanding the greeks enables traders to quantify risk, trade components of price such as volatility, and, most important, profit in every kind of market: up, down, sideways, and volatile.

Veteran options trader Dan Pasarelli explains a methodology for option trading and valuation in this timely volume on option greeks. With an introduction to option basics as well as chapters on spreads, put-call parity and synthetic options, trading volatility, and advanced option trading, Trading Option Greeks holds new pertinent information on how the greeks can drive profit.

The greeks (delta, gamma, theta, vega, rho,) are tools to measure changes in an option's value based on corresponding changes in:

Using these tools can lead to more accurate pricing and trading and alert the option trader to a range of opportunities.

Dan Passarelli began his career as a floor trader at the Chicago Board Options Exchange (CBOE) trading equity options. He currently provides options education to retail and institutional traders at a premier brokerage firm.  Passarelli was an instructor at the Options Institute, which is the educational arm of the CBOE.  He also worked with the Options Industry Council (OIC), educating retail traders via podcasts, webcasts, live seminars, and has written numerous published articles.

In late 2006, just in time for the Christmas shopping season, Sony

released the PlayStation 3 (PS3). It was such a hot item that people

fi rst to own one. The problem was that many stores couldn’t stock

enough of the computer entertainment systems to meet the demand

on the day they were released. To keep the peace, some stores gave

out tickets that gave the holders the right to buy a game system. For

some of the more entrepreneurial PS3 enthusiasts, this was an op-

portunity. Some gamers sold their right to buy the PS3. The tickets

themselves had value. What gave these tickets representing the

right to buy the PlayStation 3 value? The same two things that give

everything value: supply and demand.

Price vs. Value: How Traders Use Option-Pricing Models

Like the PS3 ticket, the right to buy or sell an underlying security—

that is, an option—has value because of supply and demand. There

are several variables in an option contract, however, that can influ-

price. For example, a trader would rather own—that is, there would

tion than a shorter-dated option, all else held constant. And a trader

would rather own a call with a lower strike than a higher strike, all

else kept constant, because it represents the right to buy at a lower

Several elements contribute to the value of an option. It took

academics many years to figure out exactly what those elements are.

Fischer Black and Myron Scholes together pioneered research in

this area at the University of Chicago. Ultimately, their work led to

a Nobel Prize for Myron Scholes. Fischer Black died before he could

In 1973, Black and Scholes published a paper, called “The Pric-

ing of Options and Corporate Liabilities” in the Journal of Political

to the world. The Black-Scholes model values European call op-

tions on nondividend-paying stocks. Here, for the first time, was a

widely accepted model illustrating what goes into the pricing of an

option. Option prices were no longer wild guesswork. They could

now be rationalized. Soon additional models and alterations to

Start reading Trading Option Greeks on your Kindle in under a minute.

Christopher
5.0 out of 5 stars Perfect for getting to the next level
Reviewed in the United States on August 10, 2010
Verified Purchase
After starting to trade options I got burned on some bad decisions. Typical of starting out but what really killed me was not accounting for/understanding Theta. The "intro" book I read didn't cover this. Trading Option Greeks is perfect in that it's easy enough to follow but comprehensive enough to cover the Greeks...integral to options. Looking back I now see how option trading without understanding these concepts was foolish. This book covers some complex concepts which sometimes meant reading sections twice. This said, it's worth every penny. Just buy this book.
Read more
9 people found this helpful
Helpful
Report abuse

SkydivingNerd
5.0 out of 5 stars Uncommon Insights
Reviewed in the United States on May 15, 2011
Verified Purchase
This is not your average options book. You can tell it was written by a guy who did this for a living. The first few chapters are worth the price of the book alone.

It's the only book I've read that discusses when the time value (at what point during the day and week) time value comes out of an option.

We've all seen the time premium accelerating decay graph a million times. Did you know it's only valid for ATM options? This book is the only source (book, Webcast, seminar) that I've encountered that points this out. OTM options have a more linear time decay (page 41). Very valuable info for us sellers who were holding onto short positions for the expected big pay off during the week of expiration.

FYI, the author recently (5/2011) did a live educational Webcast on the CBOE's Web site on the greeks and adjusting iron condors that I found very informative. It should be in the CBOE Webcast archives (under the Education tab) by the time you read this.

Malcolm Bird
4.0 out of 5 stars Trading Greeks
Reviewed in the United States on April 15, 2014
Verified Purchase
I need to read at least one more time before I could absorb all this book explains.
It gets into the nitty gritty of the components of the Black Scholes option pricing model.
It explains why each component is important and when, as well as, how, they affect each other.
Read this book with a white board handy because you will need to draw diagrams to fully understand it.

Peter J. Hewson
5.0 out of 5 stars Up there with the best: trading by the greeks
Reviewed in the United States on January 25, 2011
Verified Purchase
"In my top half dozen options books worth buying".

As a long-term trader (and presenter) of options I've read mostly all of the serious options books that would be used as teaching resources. Whilst Natenberg, McMillan, Hull et al are all good there is something particularly honest about this book in it's style: the humor with which the topics are presented. The author carefully explains the greeks over dozens of pages with excellent examples then goes back over the elements of an option's price when a particular strategy is used. He derives and explains the changes as the underlying changes. His description rivals the computer-generated pay-offs. Excellent!

For a while now I have run courses in advanced retail trading (no, that's not a contradiction) but in these elite courses I teach strategies without using the words 'Put' or 'Call'. I'll just use expressions like long delta etc. as, in the end, all options trades are an arrangement of the greeks. Once that is understood positions can be conceptionalised instantly and a trader's probability of success shyrockets. Ultimately this is where this book takes us.

This book is a good introduction to trading by understanding the greeks and, yes, the author uses strategies with puts and calls.

Incidentally buying a good book is, essentially, a low long delta position with very low theta. Gamma this one to your success. But beware: the IV will keep you awake at night thinking of strategies!
Read more
22 people found this helpful
Helpful
Report abuse

Elias M.
5.0 out of 5 stars Excellent Book on Options
Reviewed in the United States on October 12, 2011
Verified Purchase
This is an excellent book on options especially because of how easy it is to understand complex concepts. The chapter on option arbitrage made market maker style trades such as reversals/conversions, boxes and jelly rolls very clear. I also found the chapters that described how the greeks change on each strike when different variables change to be helpful. For example, if vols rise or fall, what happens to the out of the money, in the money and at the money vegas, deltas and gammas. For people looking to advance their options to the next level I highly recommend Trading Option Greeks.
Read more
3 people found this helpful
Helpful
Report abuse

Susie Sanford
5.0 out of 5 stars Five Stars
Reviewed in the United States on November 5, 2015
Verified Purchase
Heavy on the math for the Greeks but a good place to understand the trading of the Greeks!
Read more
One person found this helpful
Helpful
Report abuse

Carolyn K
5.0 out of 5 stars Great book on trading the Greeks!
Reviewed in the United States on March 30, 2011
Verified Purchase
I really liked this book! It's a comprehensive introduction to the Greeks, and it was easy to read although it took me a while since I realized I have so much to learn that's not taught in options classes. I learned a great deal from reading it: the information was well organized with great examples also. Would definitely recommend it to traders who are not aware of how trade the Greeks.
Read more
One person found this helpful
Helpful
Report abuse

Delpacho
4.0 out of 5 stars A good start
Reviewed in the United States on May 18, 2015
Verified Purchase
Good introduction to option trading, very easy to read.
Read more
Helpful
Report abuse
See all reviews