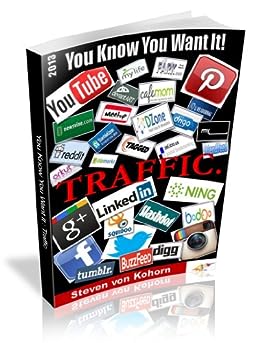 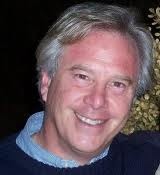 by Steven von Kohorn (Author) Format: Kindle Edition
See all formats and editions
Sorry, there was a problem loading this page. Try again.
Without Traffic there is nothing.
No income, no followers, subscribers, no viewers... nothing.
Internet Traffic is the key to every form of eCommerce success and internet marketing. Sending qualified and targeted traffic to your website is the foundation web marketing ability.

OK, I think we have that clear... and you know it as well as I do but... Traffic is often the most misunderstood and overlooked aspect of a business' web strategy.

Many books cover one traffic generating channel or another in varying degrees of complexity but, the 128 pages of Traffic 2013 represents the definitive Traffic building education reference covering all forms and channels of internet traffic from paid services to unpaid options including the latest social networks (and a few you didn't know of), SEO (onsite and offsite) best (latest) practice, offline marketing, articles, press releases, forums and blogs, hubs and lenses, video marketing (paid and unpaid) and mobile phones for traffic generation.

It's a Living Thing!
Traffic 2013 is a "living Book" which means that the publishers will send you updates of the digital version as they arise throughout 2013. The book is also accompanied by a website with handy reference materials and a blog as well as a resource centre with video training in internet traffic generation techniques.

It is an entertaining read at the same time as being highly informative, easy to follow and there are plenty of images and graphics to illustrate options and processes as you enjoy each section.

If you have invested time and money to create an online presence and survived the rigorous process of ensuring that your website or blog looks great, is fast and fully functional with compelling content... you must now invest a tiny bit more to ensure that your market can find you.

What is the price of this detailed reference and step by step guide compared to your investment in getting online...

Traffic 2013 is your simple and handy guide to this vital process. Pick your channel of interest and follow the guidelines laid out for you. It is that easy.

so...
Ignore what your parents told you... go out and play in the traffic!
It can be the most rewarding thing you have ever done.

Read it, apply it, love it and please leave a great review.
Keep an eye out for more great books in the IM-Rocket Guide series in business education references.
Read more
Previous page
Next page

Steven von Kohorn was born in New York, educated in Australia, studied literature and law before enjoying a 25 year career in advertising and media.

Steven sold his media business after the 2000 Sydney Olympics and moved to his country home with his wife for a sabbatical during which time, he turned his attention to the internet.

In 2008, one of the Australian internet companies Steven founded was awarded the Government Regional Enterprise Award. By this time, Steven was living the ‘Internet Lifestyle’ with everything managed from his laptop from wherever he was living.

Steven has a software development company, an internet publishing company, three companies that manufacture and distribute lifestyle products exclusively via the internet. With a diversity of interests and activities, his core is ‘internet marketing.’

In 2010, Steven and his wife Anette decided to pack up and move to France for two years and then on to England where Anette’s family live. The leisure and freedom of an internet lifestyle is possible because of one single factor that Steven credits with being the fuel that drives all internet commerce and internet lifestyles... traffic.

In this book, Steven outlines the foundations of online traffic generation and spills the beans on the latest tips and proven methods to get high volume visitors to your online activity.

This is the 2013 edition... post Google Panda and Penguin updates and in line with current thinking and developments at this period.

This book will be updated twice a year and registered purchasers will be able to access all published updates absolutely free of charge as digital downloads so that you are kept up to date.

Traffic does not just happen. It is engineered, planned and managed, measured and rewarded. It is both a science and a game.

It is a challenge with very significant rewards for those who take the time to study it. Above all else, Traffic is fun to create.

Traffic 2013 is the first of a series of books to be published by IM-Rocket Guides for internet education. 12 more guides are planned for release in 2013.

Scotty
5.0 out of 5 stars traffic 2013
Reviewed in the United States on January 21, 2013
Verified Purchase
Over the years I have spent thousands on my web site in upgrade, added material, but could never work out why I hadn't received increased interest in my products until I read this book and realized all the money I have spent in the wrong direction to create more traffic to my site, My graphic designer I'm sure had no idea on how to direct traffic to my web site using all the information supplied in this book. I wish it had been written years ago. It is great to have a brilliant web site, but that is not enough to create traffic to make sales, i would recommend this book to anyone that wants increased sales from their web site. [...]
Read more
One person found this helpful
Helpful
Report abuse
See all reviews

Mrs. Imogen M. Skirving
5.0 out of 5 stars Write your book
Reviewed in the United Kingdom on June 7, 2013
Verified Purchase
Everyone has a book inside them well worth writing. This is the best way to start without negative rejections from publishers. It is a clever book giving advice information and help to write a book and sell it all by yourself without cost or criticism! I can thoroughly recommend Traffic. It opens a whole new world, a new career or hobby and will keep you busy and happy for hours
Read more
Report abuse

Ann
5.0 out of 5 stars How to make your online marketing count
Reviewed in the United Kingdom on January 26, 2013
Verified Purchase
At last a comprehensive enjoyable and easy to follow book on how to make online marketing work - it's made me realise that I have been a very busy fool. This book helps you understand the many facets of online marketing and how to use social media to greater effect in driving more traffic to your website and making more sales. If you're struggling through all the many facets of online marketing then buy this book, you won't be disappointed.
Read more
One person found this helpful
Report abuse
See all reviews
Back to top
Get to Know Us
Make Money with Us
Amazon Payment Products
Let Us Help You
EnglishChoose a language for shopping. United StatesChoose a country/region for shopping.
© 1996-2022, Amazon.com, Inc. or its affiliates