You've subscribed to The Inspector Sheehan Mysteries! We will preorder your items within 24 hours of when they become available. When new books are released, we'll charge your default payment method for the lowest price available during the pre-order period.
Update your device or payment method, cancel individual pre-orders or your subscription at
Your Memberships & Subscriptions
There was an error. We were unable to process your subscription due to an error. Please refresh and try again. 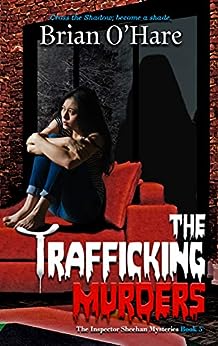 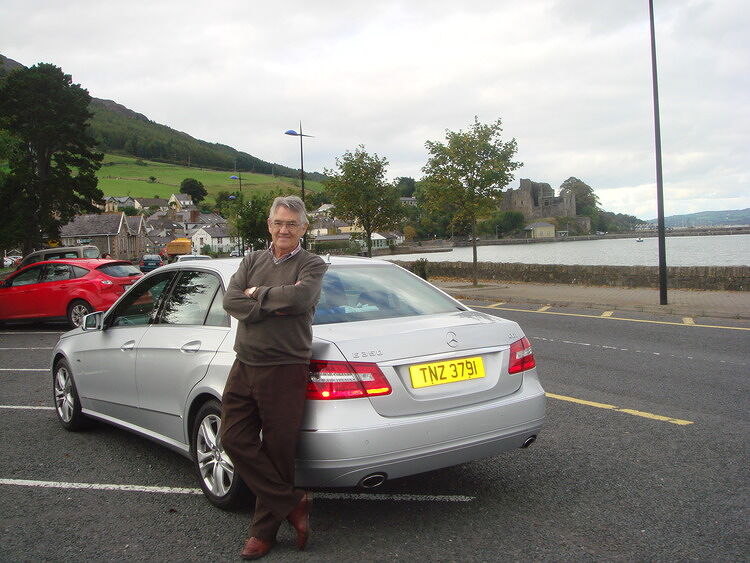 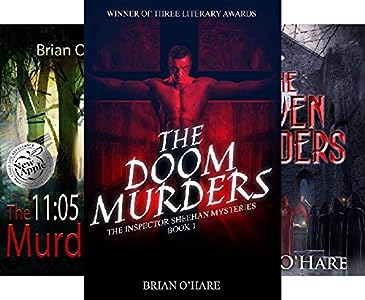 READERS' FAVORITE REVIEW Rating:        5  STARS  Reviewed By Viga Boland.   Increasingly these days, one hears about sex trafficking, but, like incest, it is very much a hidden reality that most believe doesn't happen in their neighborhoods. That's why well-researched novels like Brian O'Hare's The Trafficking Murders need to be written and read.    The truth about what happens to victims of trafficking is ugly indeed and explored excellently by this talented author. O'Hare's plotline revolves around two styles of trafficking in Belfast, Ireland. The victims come from two parts of the world, China and Romania, and from contrasting socio-economic backgrounds. All have come to Belfast for different reasons. The murder of a beautiful, well-manicured Chinese student, followed by the deaths of two handsome university lecturers, mobilizes local police. Almost simultaneously, a distraught Romanian man escapes his captors and risks his own life to free a group of young Romanian female sex slaves.           As the plot unfolds and police follow leads, the stories and fates of both sides intersect, but not before Brian O'Hare has provided readers with a riveting, albeit often horrific account of what actually transpires when people fall victim to greedy, malignant traffickers. It's gut-wrenching.          "According to the International Labour Organisation, an estimated 4.8 million women and girls are in forced sexual exploitation worldwide." Just think: these are someone's children. This could happen to your son or daughter. It is thanks to the concern and compassion with which Brian O'Hare creates his characters and writes his novel that readers get a thorough look at the emotional, physical, and psychological effects of trafficking on both victims and those who try to help them.            O'Hare's research and writing skills are top-notch. As a reviewer, I am thrilled to have discovered another author whose books I want to read. In fact, I was so impressed with The Trafficking Murders I've already ordered two of O'Hare's other books. I can't wait to read my next O'Hare novel.

Gordon A. Long
4.0 out of 5 stars A not-too-gritty approach to an emotional topic
Reviewed in the United States on December 13, 2020
This novel is a rather light approach to a gritty subject. The reason I use the term ‘light’ is that it tells a realistic story of a horrible situation but never goes into the grimy details. The details of the offences are balanced by the interactions of the members of the police squad, and again, the characters and interactions are rather pleasant considering the gravity of the situation. The interpersonal relationships are varied and interesting and provide a nice relief from the horror of the human misery. This soap opera part doesn’t interfere with the investigation, although it does reduce the suspense a bit.

The author strikes a nice balance between what the readers know and what the detectives know, which puts us in a comfortable position of smug superiority, but we still need the detectives to figure out how it all fits together.

This is a well-written police procedural, but a bit formulaic. There is a quick character sketch of each new character who is introduced, giving name, general age, one physical characteristic, one personality characteristic. There’s nothing wrong with this technique, but when it happens several times in rapid succession it draws attention to itself, at the same time producing an information overload that reduces its usefulness.

Then comes the usual hard-to-believe point where experienced officers step over the line of good policing for sentimental reasons, and get away with it because their hearts were in the right place. Late in the story, there was also an unnecessary recap of all the evidence, provided by the rather transparent device an officer on a stakeout, thinking it all through because he is bored. This is followed by a highly choreographed climax with great suspense, and then the old Poirot “reveal” at the end.

It is hard to place the readership for this novel, but the timely nature of the story, plus the avoidance of any gritty details leads me to recommend it to older Young Adults.
Read more
One person found this helpful
Helpful
Report abuse

Susan
5.0 out of 5 stars Suspense novel with plenty of red herrrings
Reviewed in the United States on March 23, 2021
I have received this book as an ARC through onlinebookclub.org.

In The Trafficking Murders, Brian O'Hare explores human trafficking on two levels. Firstly, the devious way criminals entice young girls into working abroad to help their struggling parents. But they don't know that they will be sold as sex slaves.

On another level, beautiful young Chinese students are charmed by handsome lecturers. They are put up in luxury apartments and groomed as escorts.

When a young Chines woman is found murdered, Inspection Sheenan and his team must investigate. There are few clues, many suspects, and no motives. It is only through interviews with these suspects that the team starts to make progress until they finally discover the killer's identity.

The author keeps the reader guessing with plenty of red herrings scattered through the narrative. We feel the team's frustration when they don't progress until they slowly start to unravel the clues.

The book contains profanity but no actual sex scenes. The author uses strong verbs to explain the effect of human trafficking on its victims.

Recommended for mature readers who love suspense novels with many twists and red herrings. Not for sensitive readers.
Read more
One person found this helpful
Helpful
Report abuse

Brianna Griffin
5.0 out of 5 stars This is a novel that will pull at the heartstrings.
Reviewed in the United States on March 25, 2021
A university in Ireland called ‘Queens’ offers beautiful Chinese women scholarships. When the women travel to Ireland, they must find ways to fit in. They meet men who are at first sight innocent and sincere towards them. However, something horrendous awaits them. Their shot at a new life crumbles in front of them and their lives are in danger. How will they escape? Moreover, sex/slave traffickers target Romanians from poor families. The Romanians are offered a chance at a new life. However, when they aboard a shady crew ship, their lives are in danger and there is no escape.

A team of police officers, detectives, and pathologists in Ireland will put their lives in the line of danger to find the hostages. Sheehan and his team members contribute their own personal skills, such as determination, to find every clue that will lead them to the culprits. Will Sheehan find the main mastermind who is pulling at all of the strings?

I rate “Trafficking Murders” by Brian O’Hare a score of 5/5 stars. This novel was an impressive piece of literature in the mystery genre. Readers need to be aware that there are inappropriate scenes that include rape, abuse, murder, and graphic details of crime scenes. Overall, it is a great read. The recommended audience would be mature adults. If you are easily repulsed, avoid this book.
Read more
One person found this helpful
Helpful
Report abuse
See all reviews

Bill
5.0 out of 5 stars Great crime story!
Reviewed in the United Kingdom on October 12, 2020
Verified Purchase
I have read and enjoyed several other books by this author and this is another excellent read, which I have finished in two sittings. It is a page turner about human sex trafficking, which is an abominable crime. There is a great mix of well described characters. The plot is clever with enough red herrings that I couldn't work out who was behind the murder of Chinese girls. Given the subject matter is sex trafficking, I thought the author nicely balanced the need to reveal the terrors the girls have to endure without too much explicit detail, thus making it a crime story everyone can enjoy. In my opinion, this author is as good as any other more famous author writing crime stories. Highly recommended!
Read more
Report abuse