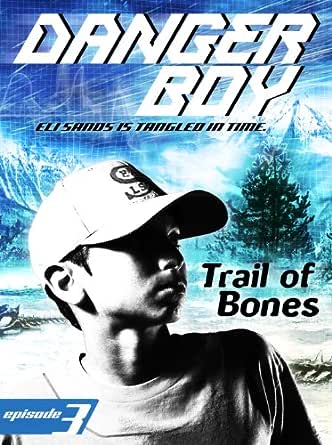 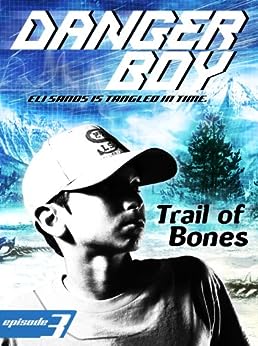 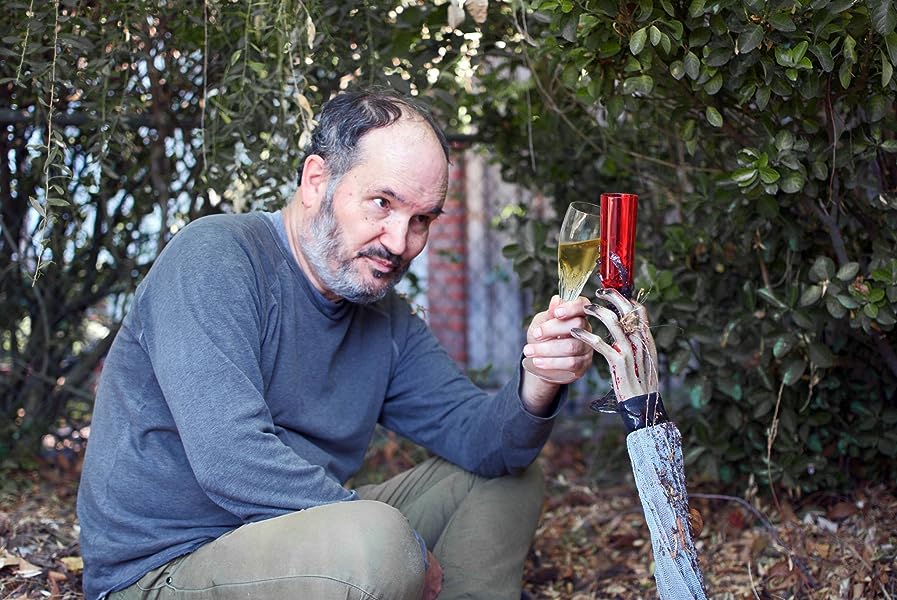 Mark London Williams lives in Los Angeles, where he writes articles, comics, plays, and Danger Boy books, and continues to draw inspiration from his two young sons and one old dog. In fact, when his oldest son was a toddler — long before he played his first video game — he ran down the hall one afternoon shouting, "I'm a Danger Boy!" and then quickly added something about dinosaurs. Mark London Williams has been thanking him for that inspiration ever since.


From the Hardcover edition. --This text refers to an out of print or unavailable edition of this title.

It feels like every eye in the world is watching me.

I slowly hold up the ball. And then I start to bend over and -- slowly, slowly -- lay down the rifle on the sand.

Clark and the others are casting glances at me, too, while trying to keep an eye on the Lakota. "Eli? What in thunder are you doing?"

Showing the Lakota I now only have the ball in my hand, I point across the river to the boy. He's confused and looks over to his chiefs for advice. The Partisan just shakes his head no, without knowing what I'm going to do. Black Buffalo, though, holds up his hand in more of a let's-wait-and-see gesture.

I make a sweeping arc with my hand, for practice, without releasing the ball. . . .

Cocking my arm back, I swing forward and throw it -- a nice, easy, underhand pitch -- across the water.

It lands at the Lakota kid's feet on the far riverbank. He doesn't know what to do. Black Buffalo looks at the ball, back at me, and then at his son. This time, he nods. The Partisan turns away in a huff.

The kid sets down his bow and arrow and picks up Floyd's ball like I hoped he would. He looks at me, and I mime the throwing gesture. He gets it, and without even practicing, throws the ball over the river, back to me.

We do that one more time. Though after I throw the ball to the Lakota side, I make another deliberate show of picking up a damp piece of willow tree driftwood and holding it aloft.

The Lakota kid is puzzled, but he throws the ball back again.

And now, as the ball comes flying toward me, I swing, make contact, and hit the ball toward the boy and the Lakotas. It falls a little short, landing with a plop in the water near their feet. . . .

"What game is that?" Black Buffalo asks. I'm so excited, I don't wait for the translator and answer, "Baseball!"

Clark and Lewis both give quizzical looks at my evident understanding of Lakota.

I see that the Lakota kid is picking up a stick, too. He stands, holding it the way I held mine, but not before tossing the ball back over the water to me.

I guess he’s ready for an at-bat.

Men on both sides are lowering their weapons.

It looks like the Corps of Discovery will make it through the day and off of Good Humor Island.

And if that means I've messed with history a little, it feels all right. --This text refers to an out of print or unavailable edition of this title.

Grade 5-8-Through intricate plot development and fleshed-out characters, this mixed-genre selection grabs readers' attention from the outset and holds it until the end. Eli, Thea, and Clyne have tumbled through the Fifth Dimension from 2019 to 1804 and 1805 and become entwined in the Lewis and Clark expedition and the struggle to help slaves escape to freedom. Thea is originally from ancient Alexandria and Clyne is a dinosaurlike creature. They mistakenly arrive in this time period as they are on their way back to 2019 from their last adventure with Merlin. The members of the Corps of Discovery come to life and the story is rich with historical details. Thomas Jefferson and Sally Hemings are integral to the tale, and Williams combines fact with fiction to make them well-developed characters. The hardships and problems faced by the members of the Corps and the injustice of slavery are embedded in the story, which is told in alternating chapters by the three main characters. It is not necessary to have read earlier selections in the series. Gradually, readers become familiar with the idiosyncrasies of the tale's underpinnings as they learn the secret powers of a baseball cap and how myriad languages are understood. This cleverly plotted, engrossing read will appeal to maturing fans of Jon Scieszka's "The Time Warp Trio" series (Viking).-Renee Steinberg, formerly at Fieldstone Middle School, Montvale, NJ
Copyright © Reed Business Information, a division of Reed Elsevier Inc. All rights reserved. --This text refers to an out of print or unavailable edition of this title.

An exciting new episode in the Danger Boy saga!

Fresh from a dangerous time-traveling mission, Eli Sands and his friends Clyne, the evolved dinosaur, and Thea, the scholar from Alexandria, are thrown into nineteenth-century America after an accident with their time-travel vessel. Unfortunately, Clyne is stranded alone in potentially hostile territory, while Thea and Eli pop up at the beginning of the famed Lewis and Clark expedition. After Thea is mistaken for an escaped slave and taken into custody, Eli joins Lewis and Clark's Corps of Discovery in hopes of finding Clyne, a means to rescue Thea, and transportation home. While trying to escape and regroup, Eli and his friends make important discoveries about their "accidental" stumble into 1804. It looks like they were lured by a Prime Nexus, which they may have caused, and which will surely change all of history to come. --This text refers to an out of print or unavailable edition of this title.