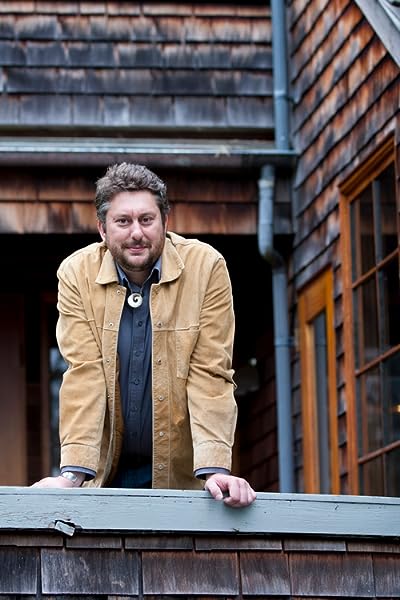 Jason McLennan sees the world in a boundless yet grounded way. His knowledge as an architect has been expanded to the entire world. It seems he was born seeing the world as being alive, intelligent and connected… and in his craftsman like way, he is reconnecting the rents and tears in our thinking and understanding about how to live on this planet. Every once in a while, someone shows up with a way of seeing and acting in the world that is astonishing. It is not that we do not understand what Jason is up to. What is hard to understand is how one person could know and accomplish so much in such a short time, how one person could dramatically influence the largest industrial sector in the world, the built environment, with such grace, elegance, and clarity. It is no accident that Jason was given the Buckminster Fuller Award. That award is a harbinger and provides the proper measure of Jason. --Paul Hawken, Environmentalist, entrepreneur, author and activist

Considered one of the most influential individuals in the green building movement today and the recipient of the prestigious Buckminster Fuller Prize, Jason F. McLennan's work has made a pivotal impact on the shape and direction of green building in the US and Canada. He is a much sought after designer, presenter and consultant on a wide variety of green building and sustainability topics around the world. Jason serves as the CEO of McLennan Design and is the Founder and Chairman of the International Living Future Institute, a leading NGO that focuses on the transformation to a world that is socially just, culturally rich and ecologically restorative. An Ashoka Fellow and an ENR Award of Excellence recipient, Jason is the founder and creator of the Living Building Challenge, widely considered the world s most progressive and stringent green building program. He is the author of six books, The Philosophy of Sustainable Design, The Dumb Architect's Guide to Glazing Solutions, The Ecological Engineer, Zugunrube, Transformational Thought, and Transformational Thought II.

Anthony Guerrero
5.0 out of 5 stars Inspirational Reading. read it twice!
Reviewed in the United States on November 17, 2016
Jason's book is inspiring. Jason has lead by example and by inspiration and his book Transformational thought is another example of how he chooses to use grand visions, inspiring messages and beautiful presentation to encourage and plead with us to be leaders and shift the way humans exist with the environment to a mutually positive existence. This book with created with great care and love.
Read more
One person found this helpful
Helpful
Report abuse
See all reviews