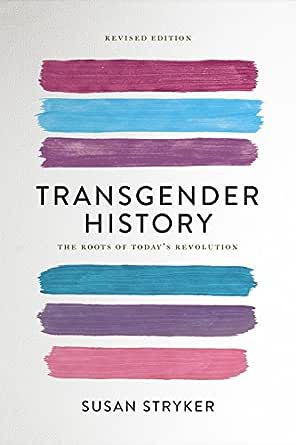 Flip to back Flip to front
Audible Sample Playing... Paused   You are listening to a sample of the Audible narration for this Kindle book.
Learn more
ISBN-13: 978-1580052245
ISBN-10: 158005224X
Why is ISBN important?
ISBN
This bar-code number lets you verify that you're getting exactly the right version or edition of a book. The 13-digit and 10-digit formats both work. 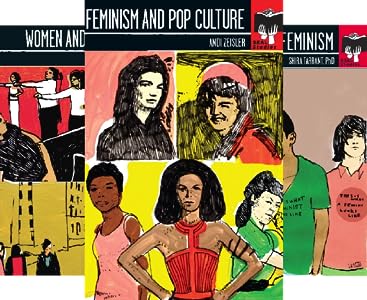 "This timely and relevant book should be required reading."―Portland Book Review

"An invaluable text for anyone who wants to better understand evolving concepts of gender. Essential."―CHOICE

"Ground-breaking and all-around excellent"―Autostraddle --This text refers to an alternate kindle_edition edition.

Susan Stryker is Associate Professor of Gender and Women's Studies, as well as the former director of the Institute for LGBT Studies at the University of Arizona. She is the author of many articles and several books on transgender and queer topics. She won a Lambda Literary Award for the anthology The Transgender Studies Reader (Routledge), and an Emmy Award for the documentary film Screaming Queens: The Riot at Compton's Cafeteria (Frameline/ITVS). --This text refers to an alternate kindle_edition edition.

4.7 out of 5 stars
4.7 out of 5
389 global ratings
How are ratings calculated?
To calculate the overall star rating and percentage breakdown by star, we don’t use a simple average. Instead, our system considers things like how recent a review is and if the reviewer bought the item on Amazon. It also analyzes reviews to verify trustworthiness.
Top reviews

Charlotte Hoffman
3.0 out of 5 stars Deeply flawed, but chapters 2 to 4 give a decent background on trans history in the United States since the 19th century
Reviewed in the United States on July 31, 2018
Verified Purchase
There aren't a lot of books on transgender history available at all, so was excited when I came across this one. Unfortunately, it was fairly disappointing. The first chapter is largely taken up by a glossary that is filled with the author's very opinionated takes on terms. It's very clear that the writer has a lot of "I just don't get why the kids do things the way they do" attitude, and you can see it in the way she defines transgender (vis-a-vis transsexual), genderqueer, non-binary, etc. It's incredibly odd and off-putting, and the whole section is largely unnecessary in a book published in 2017. (If nothing else, stick it at the end!)

Once you get past the first chapter and into the actual history, things get quiet a bit better, though there are odd choices throughout, such as where Stryker spends a page talking about how someone wrote a biography of a 19th-century trans man, but he himself is left out of the chapter on trans folk in the 19th century. There's also a huge amount of material that seems to be missing or ignored entirely, with Stryker spending most of chapter 3 talking about self-identified transvestites to the exclusion of groups like the "Fairies" discussed at great length in George Chauncey's Gay New York, many of whom appear in retrospect to have been trans feminine. (Chauncey's book, one of the best works of queer history in the United States, is not referenced at all.)

Sadly, the book then falls apart completely at Chapter 5, which was new for the Second Edition. Allegedly it looks at the shifting transgender identities and growing acceptance since the year 2000, but it feels like a long list of "and this thing happened, and this thing happened, oh and this other thing happened" without any compelling organization. There are section headings, but no real narrative structure within each. It may simply be the history here was too recent to write about effectively—a very real problem with recent history—but regardless the chapter is largely unreadable and can safely be skipped.

Long story short: chapters 2 to 4 are worth checking out, but definitely skip chapter 1 and 5.
Read more
64 people found this helpful
Helpful
Report abuse

Aurora H
3.0 out of 5 stars Slightly biased overview of Transgender history.
Reviewed in the United States on December 21, 2020
Verified Purchase
This product focuses largely on transwomen and their struggles in particular. There is little on the contributions of transmen, and the representation of NB/Genderqueer individuals is worse—Stryker fully rejects their validity and existence, saying the idea and term are a product of “younger generations who… think the terms [trangender and transexual] are either too old-fashioned or too conceptually enmeshed in the gender binary." I'm not here to fight about the validities of these genders, but to completely ignore them and devalue them is antithetical to the point of this book. If you wish to educate about transgender history, you have to include non-binary individuals. I would perhaps be more forgiving if this book weren't revised only four years ago.

Despite these rather glaring flaws, the book is well-written enough, and addresses an interesting subject well enough, that it is still a valuable read. However, I caution all who choose to read this—this is an incomplete depiction of a larger picture. Do not let this be the only book you read on the subject.
Read more
14 people found this helpful
Helpful
Report abuse

woahwoahwoahwhat
5.0 out of 5 stars Quick and Comprehensive Read that is Essential for our Current Political Climate
Reviewed in the United States on January 2, 2018
Verified Purchase
This is a spectacular book. It's academic, but still highly readable. It provides an incredibly clear and concise retrospective of the transgender community dating all the way back to 1850. Beyond events and major players, it also shares a great deal of valuable anthropological perspective on why things are the way they are. I was looking for context to assist me when this issue comes up in political debates, because those who oppose trans rights often display a profound misunderstanding of what it is and how it works. This text dispels many myths and provides compelling, little-known history. I have already helped illuminate the topic for a few skeptics in my family using the information this book supplied me with.

Stryker provides a great list of supplementary reading and viewing, as she only aims to provide a foundational understanding through this text. Other books go into greater depth on particular demographics within the community or decades within the movement, but Transgender History provides a broad overview of the most significant details. If you have the time to delve deeper it's wise to do so, but if you aren't able to this book equips you with what you need to understand the fundamentals.

Transgender History is enjoyable, thought-provoking, and comprehensive. It is one of the best books I read last year, and I've already recommended it to many people in my life. If trans rights are important to you, you will love this text.
Read more
16 people found this helpful
Helpful
Report abuse

Lyle Schwemley
5.0 out of 5 stars Essential for all trans people or cis people interested in LGBT+ history
Reviewed in the United States on March 4, 2019
Verified Purchase
This is a rich book filled with so many good stories about transgender history. When people think of LGBT+ history and rights, they often think of cisgender gay people, like Harvey Milk. It's true Harvey Milk was a hero, but there were countless other transgender people who were also important to the cause, like Sylvia Rivera, Miss Major, Marsha P. Johnson, and Lou Sullivan. This book is a wonderful introduction to these transgender heroes. As a trans person, I was thrilled to read about people like me in history. I recommend this book to other trans people as well; it's time we take back our history.
Read more
8 people found this helpful
Helpful
Report abuse
See all reviews

Kindle Customer
3.0 out of 5 stars An interesting account by a highly committed writer.
Reviewed in the United Kingdom on January 11, 2021
Verified Purchase
This history is often interesting in detail but as it progresses the passion of the author overwhelms the account. Worth it, tho, for the detail on the development of the Trans movement, for the exploration of the current terminology, for an appreciation of Trans perspectives, and of ideological conflicts within the feminist movement. I was ignorant on all of this until I read this book. At least I now know roughly what LGBTQ means. I am considering reading Irreversible Damage" next.
Read more
One person found this helpful
Report abuse

william
5.0 out of 5 stars Five Stars
Reviewed in the United Kingdom on April 18, 2015
Verified Purchase
very interesting path history that anybody studying the subject
Read more
One person found this helpful
Report abuse

Charlie
5.0 out of 5 stars A Must Read
Reviewed in Canada on August 28, 2020
Verified Purchase
I completely recommend this book, so much information. It is an enjoyable read! The end of Chapter 3 actually had me anxious to start the next chapter.
Read more
Report abuse

Aisha
5.0 out of 5 stars Extremely well written
Reviewed in Canada on September 14, 2020
Verified Purchase
There were so many things that I didn't know I didn't know. Very well written. Takes you through the stories of rights being stripped away and re-initiated. Acknowledges privilege and how POC experienced oppression differently. I would very much recommend this book to anyone that has a trans* person in their life or anyone who is on the path of educating themselves.
Read more
Report abuse
See all reviews