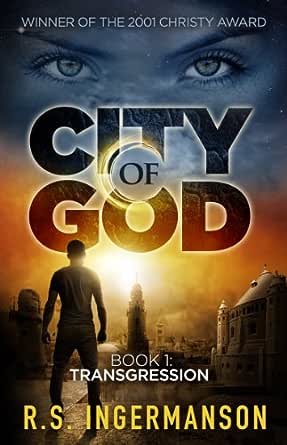 You've subscribed to City of God! We will preorder your items within 24 hours of when they become available. When new books are released, we'll charge your default payment method for the lowest price available during the pre-order period.
Update your device or payment method, cancel individual pre-orders or your subscription at
Your Memberships & Subscriptions
There was an error. We were unable to process your subscription due to an error. Please refresh and try again. 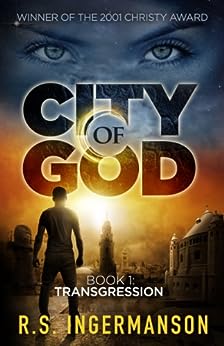 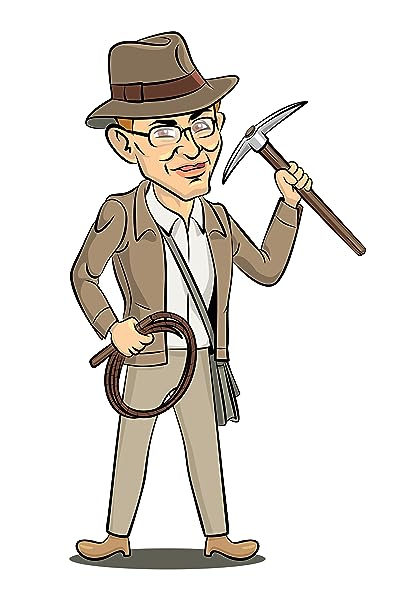 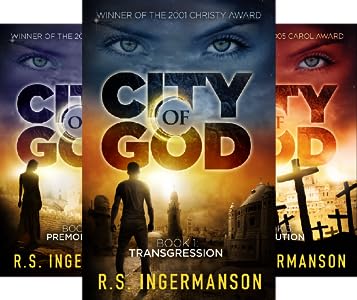 Praise for the City of God series

"Ingermanson's first novel is a clever thriller set in contemporary and first-century Jerusalem. ... Ingermanson is an amusing and original new voice, and his knowledge of the shadowy first century is amazing." -- John Mort, BookList

"Fast-paced, thought-provoking, sometimes shocking, this superbly researched novel delivers the tight plotting and deep characterization readers have come to expect from this author. His best yet." -- RT Bookclub

"Traveling back in time to first-century Christianity with Randy Ingermanson is a delight indeed. ... He provides a dynamic reading experience you won't find anywhere else in Christian fiction today." -- Lisa Samson, author, The Church Ladies

"Be prepared for an intense, spell-binding journey into first-century Jerusalem and the lives of its Christian and Jewish inhabitants. The characters are consistently well-drawn and compelling, their personal and spiritual conflicts authentically heart-wrenching." -- Kathleen Morgan, author, Consuming Fire and All Good Gifts.

"But most gripping is Premonition's treatment of forgiveness; you may not agree with some of the points, but prepare to be challenged." -- Ft. Worth Morning Star-Telegram

"Ingermanson, a two-time Christy Award winner (for Transgression and Oxygen) proves again that he is one of the best authors of biblical fiction today." -- Library Journal

"The breadth and scope of Randy's knowledge of the lives of first-century Christians is amazing! I loved this book!" -- Colleen Coble, author of Without a Trace and Beyond a Doubt

"Retribution is a convincing page-turner, full of compelling, distinctly voiced characters. I devoured the book and wished it were longer." -- Kathy Tyers, Author of Shivering World and the Firebird trilogy

"This look into the lives of a couple forced to deal with historical events they understand but cannot control provides a fascinating insight into what life was like in the formative years of early Christianity. It also is a deeply moving story of a husband and wife struggling to reconcile their own modern-day prejudices with historical truths." -- Christian Retailing

"Randall Ingermanson has written a provocative fast-paced series. Rich with detail of the time and culture, they are, at first blush, great stories." Kelley Westenhoff, Christian Library Journal

When I began writing fiction, I had a dream to write a particular kind of suspense novel. It would be similar to the historical suspense Ken Follett writes, and somewhat like the historical action-adventure fiction of Wilbur Smith's River God, but it would be set in first-century Jerusalem.

Why first-century Jerusalem? Because that place and time set the direction for the next twenty centuries of western civilization. Something big happened in Jerusalem in the first century.

Not just one big thing. Not even two big things. Three big things--the Jesus movement, the Jewish revolt, and the birth of rabbinic Judaism.

And they were related.

My gut instincts told me that the Sunday-School version of those three things wasn't quite right.

As I dived into my research, I found that my instincts were correct. I discovered an amazing and exciting world. I felt sure that many people would care about this world if only they could see it the way I saw it.

In my City of God series, I hope to show you more of that world. Have fun!

Rivka raced outside into the sunlight, sprinted madly through a dark grove of trees with gnarled branches. Her heart pounded in her chest. Her ragged breath rasped in her ears. Was he following? Faster! Tears fogged her eyes. Her leather sandals tore at her feet. Trying to look back over her shoulder, she tripped and fell. Dust flew up all around her.

Coughing, she clambered to her feet and dared to look back. The man was nowhere in sight.

Rivka panted until she caught her breath. Her left wrist throbbed from the fall. She massaged it while she squinted into the trees, afraid that the man might be lurking in the shadows.

Finally, she turned around to get her bearings.

She blinked twice and then stared.

But that was impossible. She closed her eyes, breathed deeply three times, and opened them again. Absurd. Had she gone loony or something?

Rivka had visited the Temple Mount twice and studied hundreds of pictures during three years of graduate school. But she had never seen it looking like this.

Randy Ingermanson wants to take you on an adventure to ancient Jerusalem.

He earned a PhD in theoretical physics from UC Berkeley, and would love to time-travel back to first-century Jerusalem. He has won numerous awards for his fiction, including two Christy awards and two Carol awards.

Randy has worked several seasons on an archaeological dig on Mount Zion, less than 200 yards from where Rivka Meyers and Ari Kazan had all their adventures in the City of God series.
Read more