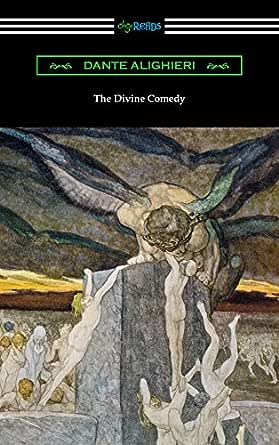 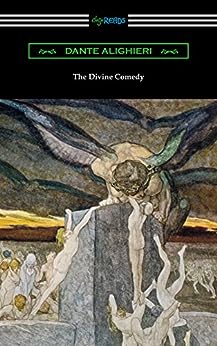 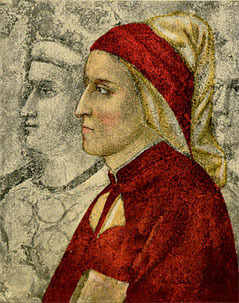 4.5 out of 5 stars
4.5 out of 5
37 customer ratings
How does Amazon calculate star ratings?
Amazon calculates a product’s star ratings based on a machine learned model instead of a raw data average. The model takes into account factors including the age of a rating, whether the ratings are from verified purchasers, and factors that establish reviewer trustworthiness.
Top Reviews

Scott J Pearson
1.0 out of 5 stars Longfellow misses the point; too much flowery language, and not enough beauty
Reviewed in the United States on April 12, 2020
Verified Purchase
Dante’s famous The Divine Comedy lies at the intersection of art and theology. I love artful renditions of theology. Further, it is known as the best work of poetry ever to grace the language of Italian. Therefore, I decided to look for a good translation. I’ve enjoyed Longfellow’s poetry in the past, and when I saw that he undertook an adaptation, I chose to give it a go.

Unfortunately, Longfellow seemed to stick a little too close to the Latin roots of the original Italian. Many English words seemed to represent Latinized English rather than modern Anglo English. Dante wrote in the vernacular, not in Latin, the language of scholars. The result? This translation seems to consistently choose words that confuse the reader more than convey to her/him the spirit of Dante’s language. The artfulness of Dante’s original is maintained, especially in consistent alliterations. However, entirely gone is Dante’s appeal to the people.

The vivid, memorable scenes of the Inferno are lost in Longfellow’s poetic sophistication. Having read widely in history, I’m quite used to archaic writing. This work, however, takes archaisms to a new standard. Entire sentences are rendered in a Victorian manner that is based on classical languages instead of common English. The result deludes rather than enlightens. Again, this was not Dante’s intent.

Yes, Longfellow was a professor of Italian at Harvard. Yes, he is an acclaimed poet, one of the best that America has ever produced. This work does not bring the best outcome from his skill. He appeals to a highbrow readership whose style was more in vogue during his century. It’s out of touch with modern sentiment, and it’s out of touch with Dante’s appeal to the masses. Dante may guide us from Hades through purgatory and into paradise; unfortunately, Longfellow’s ethereal language does not convey the beauty of the original, and as such he leaves us in the hell of ignorance instead of the heavenly bliss of true knowledge.

If you want to experience Dante’s beautiful imagery, try another translation. There exist plenty that do the trick. Longfellow’s translation requires a nearby dictionary and plenty of stamina.

John Salazar
3.0 out of 5 stars Tough read, I just can't do it.
Reviewed in the United States on December 26, 2018
Verified Purchase
I have started and restarted this book at least a dozen times. I've wanted to read this since I was in high school so I purchased a paperback, then tossed it when I couldn't finish. Bought another a few years later with the same results. Finally I resolved to read it in Kindle.

I got to the second part but I have to stop I really am just not enjoying this anymore. Some parts are fascinating and compel you to read more others are difficult to read similar to Shakespeare trying to read between the lines and figure out what they are actually saying. I'm not going to give it any less than three stars because it would serve as a disservice to the book if you can read it good for you but I just can't go forward.
Read more
6 people found this helpful
Helpful
Comment Report abuse

T. Byron K.
5.0 out of 5 stars The Finest Translation of The Divine Comedy
Reviewed in the United States on August 4, 2019
Verified Purchase
The finest translation of the Divine Comedy by Dante Alighieri is by Henry Wadsworth Longfellow. It took a Poet of the magnitude of H.W. Longfellow to bring to vivid life the verses of this amazing work.
Read more
6 people found this helpful
Helpful
Comment Report abuse

leander
5.0 out of 5 stars Try Dante
Reviewed in the United States on August 1, 2019
Verified Purchase
I have read this book three times over my life. Remember, it was written hundreds of years ago yet is still so pertinent in today’s world. The soaring use of language is the books main draw for me.
Read more
3 people found this helpful
Helpful
Comment Report abuse

Kindle Customer
4.0 out of 5 stars Great work and good translation
Reviewed in the United States on January 5, 2019
Verified Purchase
I enjoyed this a lot. The language is vivid and descriptive. Personally, purgatorio was my favorite of the 3 because of the importance of continual driving toward virtue.
Read more
3 people found this helpful
Helpful
Comment Report abuse

Mrs. Monk
5.0 out of 5 stars Though provoking.
Reviewed in the United States on June 13, 2020
Verified Purchase
Read this a long time ago, wonderful to re-read.
Read more
One person found this helpful
Helpful
Comment Report abuse

amznwomn
5.0 out of 5 stars classic
Reviewed in the United States on February 1, 2020
Verified Purchase
Soft, light and can easily fit amongst the vast books. Also cheap for cost, but never for the mind.
Read more
One person found this helpful
Helpful
Comment Report abuse

Kindle Customer
1.0 out of 5 stars Not so great.
Reviewed in the United States on January 6, 2019
Verified Purchase
I hate this book. It is extremely hard to follow and boring me to death.
Read more
One person found this helpful
Helpful
Comment Report abuse
See all reviews from the United States