You've subscribed to Sellswords & Spellweavers series! We will preorder your items within 24 hours of when they become available. When new books are released, we'll charge your default payment method for the lowest price available during the pre-order period.
Update your device or payment method, cancel individual pre-orders or your subscription at
Your Memberships & Subscriptions
There was an error. We were unable to process your subscription due to an error. Please refresh and try again. 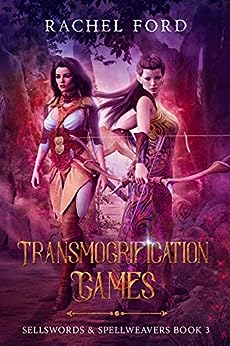 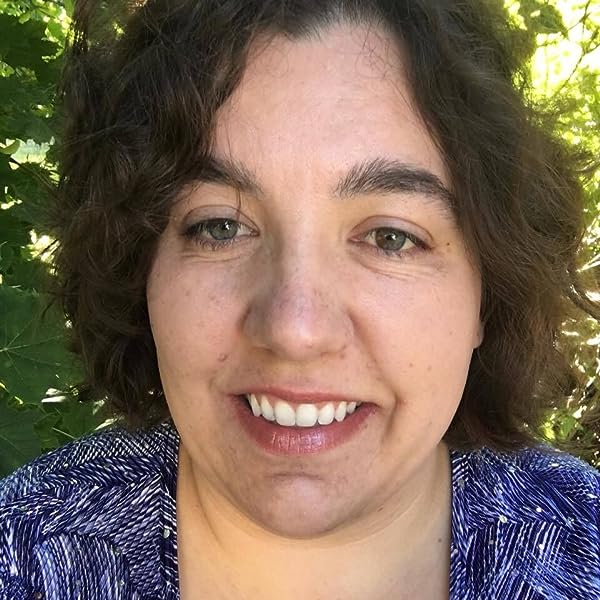 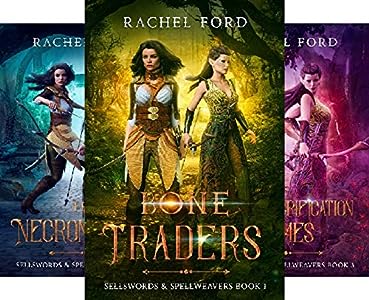 Doug Williamson
5.0 out of 5 stars Ch...ch...ch...changes
Reviewed in the United States on September 5, 2020
Change is hard enough, but when it involves foul play and magic as well, things are really going to be messy. Looks like our gang has another tricky one to resolve and fast.

This is book three of this series but it is written as a standalone. You can read this one without reading the first and only miss some of the background

This is a high fantasy story with magic and fantastic races. The story is well written and easy to read, something I have come to expect from our author and she never disappoints. The characters are also well developed and the true stars of the show. I love our two heroines and their banter, while our hero provides both the level head and a sense of humor. The plot is also well thought out and complex, keeping us guessing as to what comes next. Overall, these elements all blend into a fantastic story that is hard to put down once you start. I am definitely looking forward to seeing more books in this series.

Wayne
5.0 out of 5 stars Some really "fowl" things occur
Reviewed in the United States on July 21, 2020
**** SPOILER ALERT ****
Ford delivers a delightfully twisty mystery wrapped in the trappings of a fantasy in "Transmogrification Games: ( Sellswords & Spellweaves, Book 3 )".
The author, as I have become to expect, has delivered more great world building and character development.
I really enjoyed some of the "fowl" situations that Liss found herself in. Ford kept me guessing as to who was playing the titular transmogrification games in this entertaining page turner of a tale. I also liked how the author did a call back to the first two novels in the series.
I recommend that you, my fellow reader, go grab this book and read it! You won't regret doing so.
In the interest of transparency: I was given a review copy of this book and I am voluntarily sharing this review.
It is my own honest opinion.
Read more
Helpful
Report abuse

Riley
5.0 out of 5 stars :)
Reviewed in the United States on September 17, 2020
Poor Agatha, Folke, and Storm! And wow, I think the world needs a whole slew of wizard/mage fire departments. Like every Rachel Ford book I've read, this one was full of endearing characters, wonderfully charming details, and a creative and entertaining plot as well. I admit the title had me expecting something along the lines of a competition, but I loved the book exactly as-is and wouldn't change a thing about it, except perhaps extend the lifespans of a few characters. This was the 1st book I've read in this series, but there wasn't any problem understanding everything going on in this bingeworthy standalone.

I received a free copy of Transmogrification Games, but that did not affect my review.
Read more
Helpful
Report abuse

Steven
4.0 out of 5 stars The Mystery of the Magical Transformations
Reviewed in the United States on February 3, 2021
In this third book of the series, Liss and Idun deal with a baffling and deadly rash of transmogrifications. Seemingly unrelated people are being transformed into animals, sometimes with deadly results. Worse, this fuels suspicion and animosity between common people and magic users. Our main characters have to solve the mystery before violence erupts between the sides.

I felt this book had the best buildup and mystery of the series. The latter kept me guessing and wondering all while increasing tension as seemingly random and tragic events brought the community of Eerie to the breaking point. I liked how the story delved into the growing fear, suspicion, and outrage between the non-magical and magical communities (something that had been simmering since the climax of the first book). The perplexing mystery and buildup kept me turning pages, eager to see what happened next.

Unfortunately, the climax, resolution, and villain’s motive did not live up to my (by then) high expectations. Some things were not quite as they seemed, one twist had me confused as to how the villain did it, and an aspect or two of the mystery were not adequately explained (unless I missed it). Overall, the climax and ending were okay, but a bit disappointing after the buildup.

On the plus side, a couple new characters were introduced (who will become regulars) and returning ones tag along or have important moments. Also, the book has its lighter, humorous moments … usually involving transformations and the banter that follows them.

Karen
5.0 out of 5 stars Loving this series :)
Reviewed in the United States on November 21, 2020
Great read! I enjoyed this book from page 1 to the last page. Rachel Ford just nows how to make characters real and interesting and get me totally involved in the plot. As the name says, this one has a case of transmogrification (turning people into animals) going on, but with an interesting twist. I found the premise interesting and the storyline was full of mystery and action. Just a great read, basically.
This series is just fun, with enough intrigue and action to make a captivating, enjoyable, fairly light-hearted read (though there are tense moments for sure!).
Read more
Helpful
Report abuse

Roger Fauble
4.0 out of 5 stars a 4 1/2 star fantasy
Reviewed in the United States on July 9, 2020
Transmogrification Games (Sellswords & Spellweavers, #3), my nineteenth read from author Rachel Ford. Picking up seamlessly from the first two books, this epic fantasy book is so well-written & enjoyable, no matter the genre a Rachel Ford book can be counted on to be entertaining & enjoyable. An interesting thing about this series is that the constant is the characters, each book is slightly fantasy different. "I received a free review copy of this book and am voluntarily leaving a review." (RIP Marley January 20, 2014 - July 24, 2018).
Read more
Helpful
Report abuse

Steve
4.0 out of 5 stars Magical Murder Mystery
Reviewed in the United States on July 9, 2020
Magical Murder Mystery.I am an Honest ARC reviewer ,This book was a little different than the others in this series,although it can be read as a stand alone story ,It incorporated the characters from the earlier books nicely. All in all a good read..although IMHO lacking The Action of a fantasy Swords and Sorcery book. Don't be a chicken get this one ..lol
Read more
Helpful
Report abuse

Fairycrystal
4.0 out of 5 stars Enjoyable & Unique
Reviewed in the United States on July 20, 2020
Transmogrification Games is Book 3 in the Sellswords & Spellweavers series by Rachel Ford. A well written story that incorporates the characters from the two earlier books. This is a unique and interesting tale that can be read as a stand alone. It is an enjoyable read which I recommend. Received and ARC from the author and this is my voluntary and honest review.
Read more
Helpful
Report abuse
See all reviews