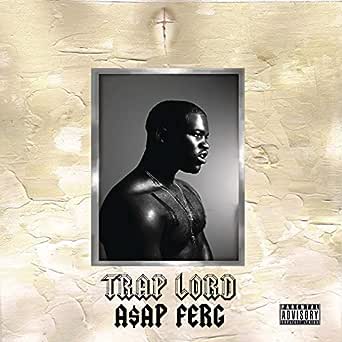 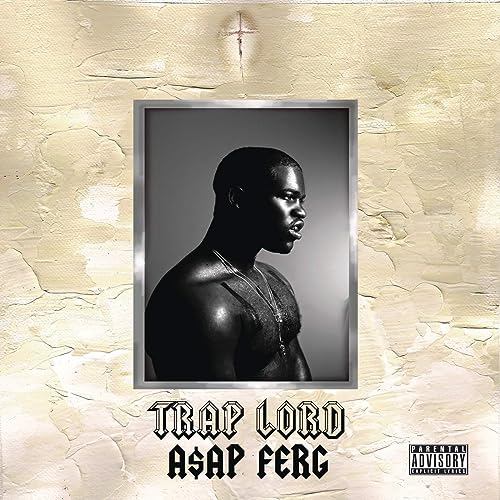 4.0 out of 5 stars
4 out of 5
66 customer ratings
How does Amazon calculate star ratings?
Amazon calculates a product’s star ratings based on a machine learned model instead of a raw data average. The model takes into account factors including the age of a rating, whether the ratings are from verified purchasers, and factors that establish reviewer trustworthiness.
Top reviews

Steven Bonner
5.0 out of 5 stars Great album on another level!
Reviewed in the United States on August 31, 2013
Verified Purchase
Ferg brings the heat with his debut LP. I always liked him from the start when I heard his verse on ASAP Rocky's "Kissin' Pink" back in 2011. The beats on this thang go in. The guest rappers all brought the heat. That Work Remix is crazy. Let It Go, Shabba, Hood Pope, Fergavicious are all crazy tracks. Something different. You got to check this album out for yourself, but you won't be disappointed. Ferg is the truth.
Read more
Helpful
Comment Report abuse

Six Gawd
5.0 out of 5 stars Yes a thousands times
Reviewed in the United States on March 31, 2014
Verified Purchase
I love this album, what else is there to say? He is from the east coast but the album has a west coast vibe. Heavy bone thugs influence mix with his own flare creating very original tracks. A rapper actually talking about something, all you have to do is listen....
Read more
Helpful
Comment Report abuse

Jaime Ferrer Benitez
5.0 out of 5 stars One of my fav trap albums
Reviewed in the United States on April 5, 2020
Verified Purchase
One of my favorite trap albums, I have it on vinyl now 🔥🔥
Read more
Helpful
Comment Report abuse

Ears For Taste
3.0 out of 5 stars Trap Lord Season...
Reviewed in the United Kingdom on August 20, 2013
Verified Purchase
I cannot remember the last time I seen a rapper bring out a studio album with no previous solo mixtapes or projects, but it makes sense with A$AP Ferg. From an unforgettable appearance on A$AP Rocky's 'Kissin Pink' to undoubtably having the biggest presence on the Lord$ Never Worry mixtape, Fergenstein seems to be in a category of his own. But with no previous solo projects, it does beg the question of "what does a full A$AP Ferg album sound like?"

On it's first listen, even it's first couple listens, Trap Lord may seem a bit too weird. But once you've got used to the albums unorthodox nature, it turns out to be a solid, great debut. Even though Ferg isn't at his lyrical best on all of the songs and there are some moments where his flow isn't on point, Ferg always has immense presence on all the tracks.

From the adlibs, to the melodies, to he's overall presentation of lyrics, Ferg appears to know how to grab attention on a song.

Despite being outshined by the majority of his features, what must be respected is the impressive list of features Ferg has managed to get on Trap Lord, despite having no previous mixtapes or albums. I mean, what other albums can brag rap legends Onyx, Bone-Thugs-N-Harmony and B-Real on the same tracklist as modern day stars A$AP Rocky, Waka Flocka, French Montana and ScHoolboy Q?

Although this album may not be to everyone's taste and probably isn't the best A$AP Ferg could come out with, it does show that A$AP Ferg has the makings to be a great artist.
This, for me, is perfectly examplified on 'Cocaine Castle'. Definitely the best song on the whole album, 'Cocaine Castle' shows that A$AP Ferg can make overwhelmingly amaizng songs, and with enough growth and evolving as an artist, can make overwhelming amazing albums too.

Ell
4.0 out of 5 stars Good album
Reviewed in the United Kingdom on February 12, 2018
Verified Purchase
A very unique sound from asap. Shabba, Hood Pope & Fergivicious are my favourites.
Read more
Helpful
Sending feedback...
Thank you for your feedback.
Sorry, we failed to record your vote. Please try again
Report abuse

Matthew Czirjak
1.0 out of 5 stars Dissapointed
Reviewed in Canada on January 25, 2019
Verified Purchase
Unofficial release. I compared the CD i purchased to one you would find in a record store, and it is a completely different product. Cheap CD casing. Would recommend no one buy from this seller
Read more
One person found this helpful
Helpful
Sending feedback...
Thank you for your feedback.
Sorry, we failed to record your vote. Please try again
Report abuse
Load more international reviews

rd
4.0 out of 5 stars Four Stars
Reviewed in Canada on July 22, 2015
Verified Purchase
Damn no Persian wine but the Lp's is still sounds good
Read more
Helpful
Sending feedback...
Thank you for your feedback.
Sorry, we failed to record your vote. Please try again
Report abuse

Mike Goodes
1.0 out of 5 stars I want a new one.
Reviewed in Canada on August 6, 2015
Verified Purchase
Showed up in the mail, vinyl was bent and scratched right out of the package. Only song that didn't skip was "let it go". Thoroughly dissapointed with the purchase. This also occurred when I purchased the new alt-j album.
Read more
Helpful
Sending feedback...
Thank you for your feedback.
Sorry, we failed to record your vote. Please try again
Report abuse

Paul
2.0 out of 5 stars Not worth buying
Reviewed in the United Kingdom on July 6, 2014
Verified Purchase
Not enough good songs on the album. If I were you I would just buy certain songs on iTunes instead of buying the whole album.
Read more
Helpful
Sending feedback...
Thank you for your feedback.
Sorry, we failed to record your vote. Please try again
Report abuse