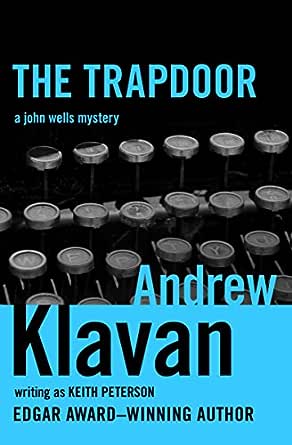 You've subscribed to The John Wells Mysteries! We will preorder your items within 24 hours of when they become available. When new books are released, we'll charge your default payment method for the lowest price available during the pre-order period.
Update your device or payment method, cancel individual pre-orders or your subscription at
Your Memberships & Subscriptions
There was an error. We were unable to process your subscription due to an error. Please refresh and try again. 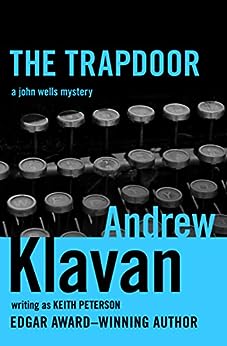 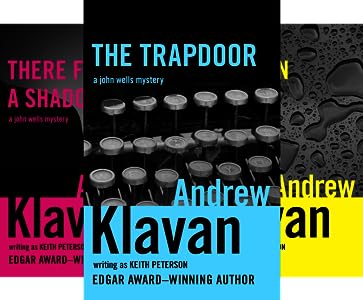 “This author at his best bows to no one for whiplash plotting and page-whirling suspense.” —Publishers Weekly
“Klavan’s style is hard, unflinching, with a wide seam of whiplash humor running through it that sets him well apart from your regular, journeyman writer.” —Publishing News
“[Klavan] delivers all the cliff-hangers and hairpin turns that you want from a beat-the-clock suspense thriller. But his characters are so deeply human that there is nothing cheap or manipulative about their desperate maneuvers to escape the relentless second hand of fate.” —The New York Times Book Review

Andrew Klavan (b. 1954) is a highly successful author of thrillers and hard-boiled mysteries. Born in New York City, Klavan was raised on Long Island and attended college at the University of California at Berkeley. He published his first novel, Face of the Earth, in 1977, and continued writing mysteries throughout the eighties, finding critical recognition when The Rain (1988) won an Edgar Award for best new paperback.
Besides his crime fiction, Klavan has distinguished himself as an author of supernatural thrillers, most notably Don’t Say a Word (1991), which was made into a film starring Michael Douglas. He has two ongoing series: Weiss and Bishop, a private-eye duo who made their debut in Dynamite Road (2003), and The Homelanders, a young-adult series about teenagers who fight radical Islam. Besides his fiction, Klavan writes regular opinion pieces for the New York Times, the Wall Street Journal, and other national publications. He lives in Southern California.

St Germain
5.0 out of 5 stars I love it
Reviewed in the United States on August 21, 2020
Verified Purchase
I loved the characters first and for most. It was written like a screenplay. I can see it on the big screen with ease. The final chapter is used to tie up loose ends and seemed to underestimate the readers ability to grasp some symbolism but it is one of my favorites
Read more
Helpful
Comment Report abuse

ImPitViper
4.0 out of 5 stars I like a good mystery and this is one.
Reviewed in the United States on March 20, 2013
Verified Purchase
The way it is written puts me in the mind of the old TV series "nightstalker". every day Joe reporter gets more than he bargins for. Great story.
Read more
Helpful
Comment Report abuse

bookloverintexas
3.0 out of 5 stars Protagonist is a great character; the plot so-so.
Reviewed in the United States on February 26, 2011
Andrew Klavan wrote this book using the pseudonym Keith Peterson.
In a book note it mentioned Peterson is an Edgar Award Winner, so having adored Klavan's "True Crime", and looking for more of his material I scooped this up.
I loved the protagonist, John Wells, the almost middle aged rebel newspaper journalist, wonderfully dry witted. He is assigned to cover a rash of 3 teenage suicides in the area which is complicated by the fact that his own daughter committed suicide many years earlier.
Wells is a great character, and it's an easy, enjoyable, comfortable ride by his side throughout the story.
I'm a little disappointed with the other characters and the way the mystery develops, though overall I enjoyed the book.