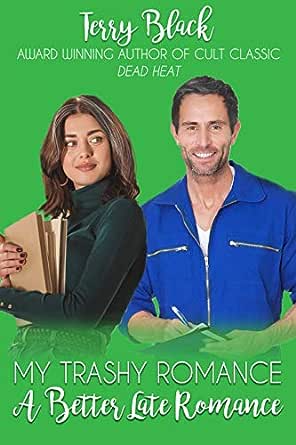 You've subscribed to Better Late Romances! We will preorder your items within 24 hours of when they become available. When new books are released, we'll charge your default payment method for the lowest price available during the pre-order period.
Update your device or payment method, cancel individual pre-orders or your subscription at
Your Memberships & Subscriptions
There was an error. We were unable to process your subscription due to an error. Please refresh and try again. 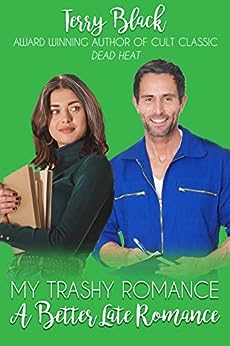 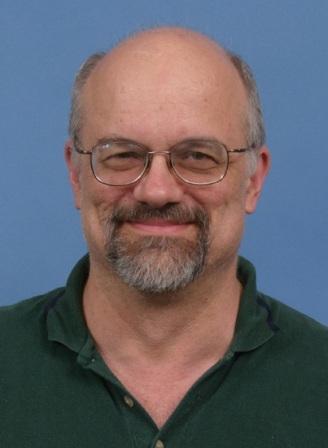 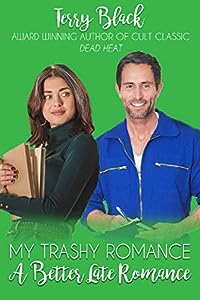 Terry Black has written movies, TV shows, books, stories and comic books. His episode of Tales From the Crypt called "Dig That Cat" won a Cable ACE Award, and his film Dead Heat is considered a cult classic.

Terry lives in Mission Viejo, California with the former Queen of Atlantis and two-and-a-half black cats, who bring him much-deserved bad luck. --This text refers to the paperback edition.

charliegirl1
3.0 out of 5 stars Okay
Reviewed in the United States on May 20, 2020
Verified Purchase
This is the first book I've read by this author. It was an okay read, not great, not terrible. I thought it moved a bit slowly. There was no sense of how old the main characters were supposed to be, other than mature or older in a vague sense. The heroine has silver strands in her hair, and is old enough to be her roommates mother. But there's absolutely no back story on her. Has she ever been married? Why not? Why, at her age, does she have a roommate? The hero, we learn, was a successful stockbroker until 12 years ago, and is divorced. How did he get from NYC to southern California, and why? He has one conversation with his sister, but the heroine's family is never mentioned. I would have liked more backstory on both of them. And then in the end, it's cold and snowy, in southern California. Just some things that don't add up.
Read more
3 people found this helpful
Helpful
Comment Report abuse

Emma Bain
5.0 out of 5 stars Likable Twosome You’ll Root For in a Book You Can’t Put Down
Reviewed in the United States on May 22, 2020
Verified Purchase
I thought I’d just start reading MY TRASHY ROMANCE in the fifteen minutes I was waiting for my dinner to heat up. I immediately got caught up in the story and a half hour later I’d burnt my tater tots. Now it’s after 1AM, I’ve finished the book and whew! It’s fabulous. The dialog is smart, Kelly and Marty are likable, the pets are marvelous, especially Echo the cockatoo, and the story is wonderful. The romance has a real arc and FINALLY a romance not built on fulfilling needs but something beyond a dysfunctional unrelatable relationship. Every chapter was an adventure with the climax a ride you won’t want to miss. I recommend this book to anyone looking for a fun, satisfying romance you can’t put down. Just don’t forget your tater tots.
Read more
Helpful
Comment Report abuse

Tracy Neis
5.0 out of 5 stars Very silly!
Reviewed in the United States on July 19, 2020
Verified Purchase
Picture a Hallmark romance, as reimagined by the writer of an award-winning episode of “Tales from the Crypt.” Throw in a sensurround-worthy earth tremor, a judgmental cockatoo, and a road trip that calls to mind Victoria Beckham’s stint driving a London double-decker bus in the movie “Spice World,” and you’ve got a feel for Terry Black’s wacky new novel, “My Trashy Romance.” Maybe I’ve said too much already. Just read the book. It’ll make you laugh!
Read more
One person found this helpful
Helpful
Comment Report abuse

christine krueger
5.0 out of 5 stars Fresh take on a budding romance
Reviewed in the United States on July 10, 2020
Verified Purchase
What a nice surprise to read this fresh take on a budding relationship between Kelly and Marty - with some twists. I was pleased to read dialogue that is introspective, witty and made me laugh a lot. Echo the bird is hilarious by repeating human phrases that emphasize what was just said. The plot kept my interest. A good variety of characters from Kelly's funky comic creator roommate, Marty's coworker, past clients, etc. I like a story where the lead character, Marty, isn't motivated by money, but instead by his conscience and yet he had some flaws, as we all do.
Read more
Helpful
Comment Report abuse

M. H. Payne
5.0 out of 5 stars Comedy, Suspense, Romance
Reviewed in the United States on November 21, 2020
Verified Purchase
Black, a deft hand at comedy and suspense, displays them both here as well as writing a fine romance. Watching Marty put his plan together provides the tension for the first part of the book while the poignance of Kelly's reaction kicks the tension up during the second part. And the madcap finale just tops it all off.
Read more
Helpful
Comment Report abuse

Jeffrey D. Gothard
5.0 out of 5 stars A good read!
Reviewed in the United States on July 16, 2020
Verified Purchase
Sweet and fun, I would recommend it to anyone that believes in romance for adults! It is intelligent and entertaining. Unpretentious and engaging.
Read more
Helpful
Comment Report abuse

Raul G.
5.0 out of 5 stars Entertaining, funny and enjoyable
Reviewed in the United States on June 27, 2020
Verified Purchase
I really enjoyed this book. Its amusing characters, descriptive scenes and compelling story had me reading all week. Thanks Terry!
Read more
One person found this helpful
Helpful
Comment Report abuse

Vsevolod Katritch
5.0 out of 5 stars Great readig for the long winter night
Reviewed in the United States on November 9, 2020
Verified Purchase
Not your usual romance, the Trashy one is funny, touchy, and witty at the same time. Difficult to put it down.
Read more
Helpful
Comment Report abuse
See all reviews