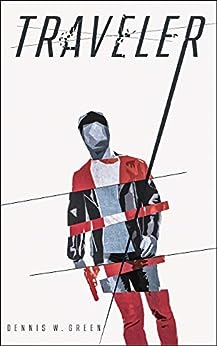 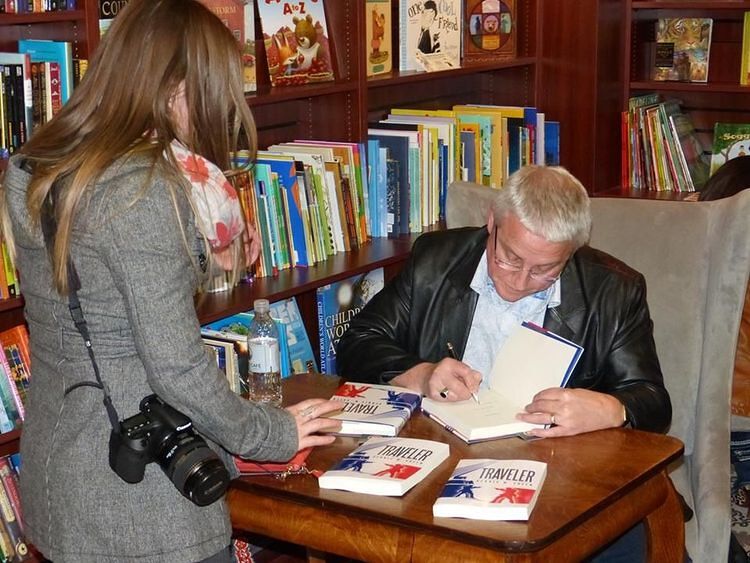 by Dennis Green (Author) Format: Kindle Edition
Book 1 of 3: The Traveler Chronicles
See all formats and editions
Sorry, there was a problem loading this page. Try again.
Trav Becker can travel between parallel realities. But other versions of the police detective also have this talent, and one of them is systematically killing every other variant of himself that he can find. Trav must now fight to keep the very fabric of time itself from unwinding as he hunts the most dangerous quarry of all...himself.
Read more
Previous page
Next page
All 3 for you in this series See full series

"Traveler is a complex thriller that will literally keep you on the edge of your feet." -Terry's Book Addiction "A fun novel that fans of either sci-fi or crime fiction can find themselves shifting into." -Iowa City Press-Citizen"An intriguing, roller-coaster ride of a thriller." -Avid Book Collector"I can't wait to read the next one!" -Book Lover's Life"Mystery lovers and science fiction fans should get a kick out of the novel." -Second Run Reviews"Dennis Green has written a very entertaining book, one that appeals beyond the science fiction genre where it started." -Cedar Rapids Gazette  --This text refers to an out of print or unavailable edition of this title.

Dennis Green's first novel, the sci-fi detective thriller, Traveler, ranked in the Top Ten in the Ben Franklin Independent Publishing awards, and has dozens of 4 and 5-star reviews.

The adventures of dimension-hopping detective Trav Becker continue in "Prisoner," and race to a world-changing conclusion in Traitor. The full trilogy is now available!

A popular radio personality in his native Iowa, Dennis's adventures as a DJ were covered by newspapers from Anchorage to Los Angeles. He has also worked on the stage, TV, and independent film.

Dennis's writing has appeared in the anthology Sadistic Shorts, magazines including Grift, and Romance and Beyond, as well as his own blog at denniswgreen.com.

By day, he is the general manager of Iowa's only jazz radio station, KCCK-FM. And if it's 5:30 am, you can probably find him in the pool, working out with the Milky Way Masters swim club. --This text refers to an out of print or unavailable edition of this title.

Dennis Green’s first novel, the sci-fi detective thriller, Traveler, ranked in the Top Ten in the Ben Franklin Independent Publishing awards, and has dozens of 4 and 5-star reviews.

The adventures of dimension-hopping detective Trav Becker continue in "Prisoner," and race to a world-changing conclusion in Traitor. The full trilogy is now available!

A popular radio personality in his native Iowa, Dennis’s adventures as a DJ were covered by newspapers from Anchorage to Los Angeles. He has also worked on the stage, TV, and independent film.

Dennis's writing has appeared in the anthology Sadistic Shorts, magazines including Grift, and Romance and Beyond, as well as his own blog at denniswgreen.com.

By day, he is the general manager of Iowa’s only jazz radio station, KCCK-FM. And if it’s 5:30 am, you can probably find him in the pool, working out with the Milky Way Masters swim club.

The Bionic Stan
4.0 out of 5 stars An enjoyable read; I'm awaiting the sequel.
Reviewed in the United States 🇺🇸 on November 10, 2015
Verified Purchase
There's a lot to like about Traveler. Our hero wakes up, hung over, and we follow him through the minutiae of his day. But something is subtly wrong, and the author builds to the big reveal: some people have the ability to cross from one reality to a parallel world. This is none of the usual "what if Hitler won" or "what if the Reformation failed"; it's more on the order of "what if I hadn't been paying attention while driving, and I had hit that pedestrian?" Our hero doesn't have that ability, but his analogue from another time stream does.

The book kept me reading. The hero was relatable, the action was suspenseful, and the twists and turns of events in multiple streams were generally kept straight. I hate "Book 1" stories that are just arbitrarily chopped without a resolution, and Traveler isn't one of those. The story comes to a conclusion, after a major twist that I never saw coming, so this is a complete adventure with a beginning, a middle, and an end. Yet, on the last page, something new happens to set up another mystery.

The author's use of the English language was excellent, far above the sad standard of many Kindle books. I can't remember any significant mistakes.

I will watch for more books by Dennis Green, including the sequel.

Why four stars rather than five, since I have nothing bad to say? Simply this: I enjoyed reading the book once, but I don't feel like I'll ever need to read it again. I reserve five stars for books that I know I'll go back and re-read multiple times.

P.S. Some people seem to have a knee-jerk reaction that they don't want to read a book written in the first person. I've never understood that thinking, since it would rule out /Huckleberry Finn/ and all the Spenser novels, but for those who feel that way: this book is narrated in the first person throughout, aside from a couple of "Interludes" that contrast with the main story and are not part of it.
Read more
2 people found this helpful
Helpful
Report abuse

Tamara B.
4.0 out of 5 stars An intriguing, roller-coaster ride of a thriller that was action packed and engaging throughout.
Reviewed in the United States 🇺🇸 on July 15, 2015
Verified Purchase
Traveler starts off with our main character Travis (Trav) Becker who is a police detective. Life is not going so good as his partner, Adam, was killed and his girlfriend dumped him. Drowning his sorrows with alcohol, Trav's life is going downhill quickly. That all changes though when he goes down to the precinct and in walks Adam - alive and well. From that point on, Trav discovers that there are multiple dimensions to our world and his alter ego Trav Zero appears to want to kill all of the Trav's in every dimension. With the help of his friend and scientist, Sam, it is a race against time to solve this case and discover what is really going on.

Traveler was such a fun read. It was an intriguing, roller-coaster ride of a thriller that was action packed and engaging throughout. Stories about Quantum Physics are plentiful, but Mr. Green gave this story a unique twist that really had me guessing until the very end. The writing flowed smoothly and I was really impressed by the fact that although the story line was very complex, I was able to follow what was happening very easily. With so many versions of the same characters, I imagine that this story was a challenge to write, so kudos to Mr. Green for this outstanding endeavor!

KLP
4.0 out of 5 stars Trav goes back to the future, past and present
Reviewed in the United States 🇺🇸 on November 12, 2015
Verified Purchase
I find this a somewhat difficult book to rate and review. I thought that the whole multiple-universe aspect was very interesting and thought-provoking. I guess there is some basis in science, albeit on the fringes, for this multiple universe stream concept. I thought that the technical description in the book about how one travels to other streams and what that really means to be a bit shallow. Not that I was looking for a physicist's tome on time and reality mutations, but the discussion in the book was fairly scant and a bit more would have been appropriate. Of course, once you accept some basic premises of the travel concept you have to continue to accept it to make the story work.
This book also suffers from the "first in a series" plague. I am quite sure that some of the characters who I thought were short-changed in terms of description and participation in the plot will likely be expanded in the following books. Namely, the "mystic" who really helped add foundations to Trav's travels and Mary his sometimes girlfriend the author seemed to purposely keep in his vest pocket to be expanded in later books. I would have to say that I did not find Trav himself to be particularly likable or endearing. Maybe Mr. Green could work on that in future efforts.
All in all a very entertaining effort well-worth the time to enjoy.
Read more
Helpful
Report abuse
See all reviews