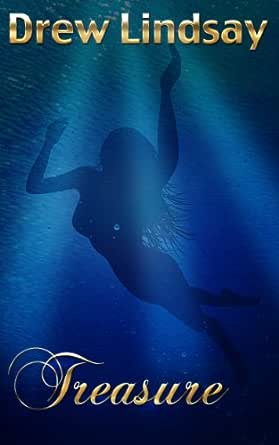 You've subscribed to Ben Hood Thrillers! We will preorder your items within 24 hours of when they become available. When new books are released, we'll charge your default payment method for the lowest price available during the pre-order period.
Update your device or payment method, cancel individual pre-orders or your subscription at
Your Memberships & Subscriptions
There was an error. We were unable to process your subscription due to an error. Please refresh and try again. 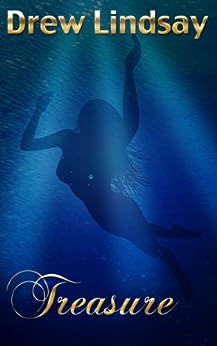 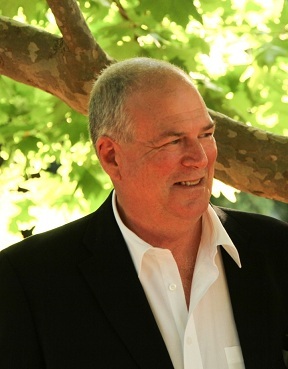 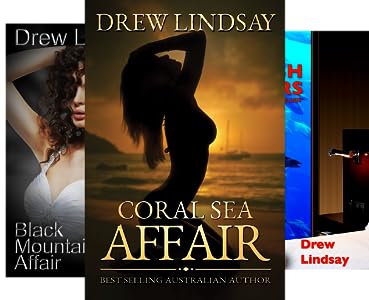 claudette valliere
5.0 out of 5 stars A winner
Reviewed in the United States on June 20, 2013
Verified Purchase
Another great Ben Hood thriller.

This one starts with a woman named Karen Robinson.

Robinson works at a dive shop and she thinks she's being followed.

Robinson is also a SCUBA diver and she's looking for a wreck. The Ocean Rose.

The Ocean Rose sank of the Austrailian coast in 1898. There are rumors of gold being on the vessel. Unfounded rumors.

The strict Austrailian laws involving anything found on wrecks are in full force. Robinson had requested info on the Ocean Rose months ago and so far has heard nothing.

Robinson has found that someone has been in her house. She wants protection. She calls VIP and Rod Reid. She's requesting Ben Hood because she's seen him on TV.

Clare Morrison has also called Rod at VIP for Hood as a bodyguard. A Govt Official disappered in front of her home. His body was later found in the river. Clare wants Ben Hood but Annemei could care less about having a bodyguard.

Clare and her daughter Annemei are persons of interest because Clare's husband was diving looking for the Ocean Rose. He and his boat just disapperared and Morrison was presumed dead. Clare collected one million dollars in insurance.

Attacks are made on Karen and Susan is knifed. Ben Hood heads their way.

So begins another damned fine read.

This one has Ben, Susan, Karen, Annemei, a hunt for gold, a couple of wrecks, and old woman named Melinda, death, an assasin, murder, corruption, old friends, new enemies, a missing man, and Ben Hood in a race to solve it all.

Five Stars and then some.

Amazon Customer
5.0 out of 5 stars Treasure
Reviewed in the United States on July 29, 2013
Verified Purchase
All Ben Hood Thrillers are explosive stories. I thoroughly enjoyed this story particularly because he has studied the area he writes about and I couldn't fault his descriptions of all places mentioned. We live in the area he describes and I believe he has put his research into his story. He really lives each and every problem he faces and fronts danger full on and never gives in. Wonderful books.
Read more
One person found this helpful
Helpful
Comment Report abuse

David Morris
VINE VOICE
5.0 out of 5 stars Dive into adventure
Reviewed in the United States on August 23, 2014
Verified Purchase
We know Ben Hood is a diver from previous accounts. The plot to this one is visible and easy to follow from the start. Having said that, it no way diminishes that this book is just as good as any other in the series. Mr Lindsay makes not of the fact that Treasure, real or not, causes immorality in otherwise moral people. If they are less than moral, then things escalate.
Read more
Helpful
Comment Report abuse

Robert Anholt
5.0 out of 5 stars A great series of books
Reviewed in the United States on May 11, 2013
Verified Purchase
If you like to read thrillers and would like to see books set in Australia there is nothing better than the Ben Hood series by Drew Lindsay. Relatively inexpensive too: a bargain! I've read them all and devoured the latest one on a flight from the US to Europe. Perfect air plane reading; couldn't put it down.
Read more
2 people found this helpful
Helpful
Comment Report abuse

Storm Sundstrom
5.0 out of 5 stars Another great book from D. Lindsay
Reviewed in the United States on September 23, 2013
Verified Purchase
Taut story, great characters and I literally can not wait for his next effort. If you like Lee Child, you will like Drew Lindsay. Ben Hood is an Austrialian, very simular to Jack Reacher, who is a man of action. He does what he needs to to help and protect. I hate it when the book is done, I want more!
Read more
Helpful
Comment Report abuse

Kindle Customer
5.0 out of 5 stars Drew Lindsay hits another homer.
Reviewed in the United States on December 29, 2014
Verified Purchase
This was my second Drew Llindsay thriller and it certainly lived up to my expectations. He know hows to keep one riveted to the pages...Bravo! I do intend to continue down the Ben Hood path and highly recommend these books.
Read more
Helpful
Comment Report abuse

Rickie
5.0 out of 5 stars Treasure
Reviewed in the United States on October 10, 2014
Verified Purchase
The series just keeps getting better and better. I have enjoyed reading every book thus far and can't wait to read the next book.
Read more
Helpful
Comment Report abuse
See all reviews from the United States

Keith Fuller
5.0 out of 5 stars Another Drew classic
Reviewed in the United Kingdom on January 31, 2014
Verified Purchase
great read - couldn't put it down once I started. As usual it twisted and turned and how he links the book back to the previous is genius.
Read more
Helpful
Sending feedback...
Thank you for your feedback.
Sorry, we failed to record your vote. Please try again
Report abuse

Hendo 2
5.0 out of 5 stars Greed can be deadly
Reviewed in Australia on August 15, 2015
Verified Purchase
Treasure moved at a fast pace and introduced more interesting characters which somehow always appear when Ben Hood is on the job! The storyline was excellent and Drew Lindsay researches the areas he writes about to perfection. I have learned so much about my own Country by reading these books. Another winner!
Read more
Helpful
Sending feedback...
Thank you for your feedback.
Sorry, we failed to record your vote. Please try again
Report abuse

Jeff Walsh
5.0 out of 5 stars Great yarn based in Port Macquarie
Reviewed in Australia on November 10, 2018
Verified Purchase
Loved how I could relate to so many of the places where the action is based, and terrific story
Read more
Helpful
Sending feedback...
Thank you for your feedback.
Sorry, we failed to record your vote. Please try again
Report abuse