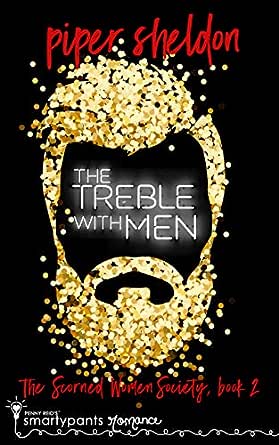 You've subscribed to Scorned Women Society! We will preorder your items within 24 hours of when they become available. When new books are released, we'll charge your default payment method for the lowest price available during the pre-order period.
Update your device or payment method, cancel individual pre-orders or your subscription at
Your Memberships & Subscriptions
There was an error. We were unable to process your subscription due to an error. Please refresh and try again. 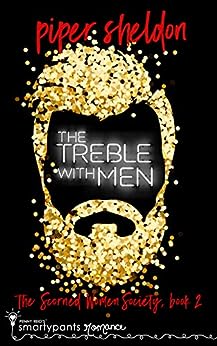 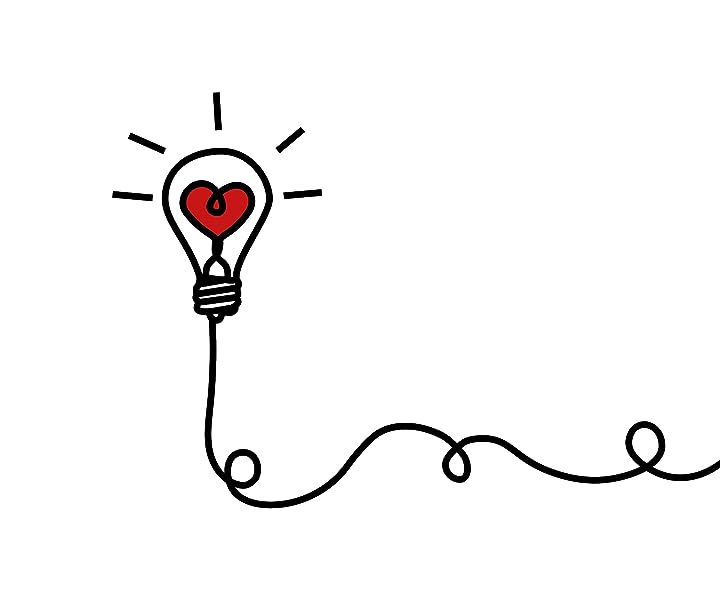 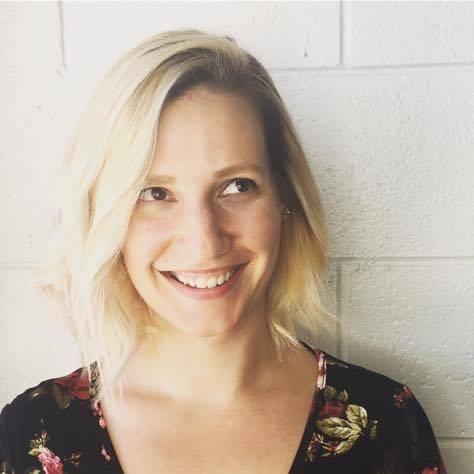 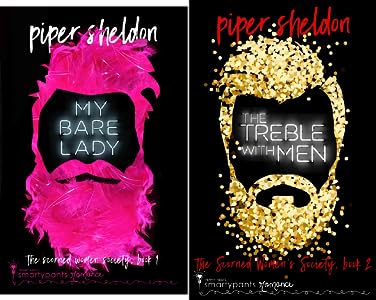 4.5 out of 5 stars
4.5 out of 5
71 customer ratings
How does Amazon calculate star ratings?
Amazon calculates a product’s star ratings based on a machine learned model instead of a raw data average. The model takes into account factors including the age of a rating, whether the ratings are from verified purchasers, and factors that establish reviewer trustworthiness.
Top Reviews

Birty53
3.0 out of 5 stars Hard Romance to Rate
Reviewed in the United States on May 27, 2020
Verified Purchase
This story had some good points and some bad and I just could not decide after reading it how I felt overall about it. First, Kim/Christine is a girl with a past. She became involved with a biker named Jethro and proceded to ruin her future at age 17. But there was a history before Jethro that was just as important to changing her life. The point is, she’s 10 years older and trying to do better while hiding from herself and others. Why her parents who could afford the best rehab (drugs) but not follow up counseling is a mystery to me. So, we have Kim/Christine, a cello player in a symphony curious about her conductor, Devlin.

Now, Devlin has issues of his own. A musical shooting star as a teenager but now a conductor trying to find musical recognition, he hides behind a mask, literally, and a hat to disguise who he really is, Erik Jones, has-been pop star. He also knows Kim and has been attracted to her for years. Anger is his middle name, and, no, no counseling for him, either. Duh!!!!!

The story is these mixed up people who hide their feelings and identities and really never deal with the issues in their lives. I just didn’t find them people I wanted to know better, even at the end of the book. She’s too whiny, self-sacrificing and he’s always blowing his top. Just too much too much.

Add to this the sentence issues with missing words or words in wrong order and just not a read I want to repeat.

This book is part of the larger series related to Green Valley, TN and the Winston Brothers spinoffs in the Penny Reid/Smartypants Romance world. Though it is a standalone read for the most part, reading Beard and Grin It helps to establish some of Kim’s background.
Read more
2 people found this helpful
Helpful
Comment Report abuse

Stephanie Panach
4.0 out of 5 stars Amazing!
Reviewed in the United States on April 10, 2020
Verified Purchase
I adored this book - and not just because it was a take on the Phantom of the Opera (which made it that much more fabulous).

Kim has fought her way back from depression and a wild-child past. She's changed her name and changed her focus to allow herself to live and move forward. She has a solid group of friends in the Scorned Woman Society and is entirely focused on practicing her cello and playing with the orchestra.

Devlin is the new masked conductor. Everyone speculates about his mask and his temper is legendary. He's come back to Green Valley to reconnect with his past and to try and find some stability in his future. In his past he has quit everything when it got too hard or too challenging - so despite his gifts as a composer, conductor, and musician he has held himself back from true success. Kim is Devlin's longtime "muse" and he wants her to help him finish his symphony and especially his cello solo.

Watching Kim and Devlin come together was amazing. Although the book sets up a potential love triangle, a la the Phantom of the Opera, it is very quickly apparent that in this case Kim/Christine is going to pick the phantom (Thank GOD!).

I adored the way the author allowed Kim to come to her own conclusions and make her own decisions by the end of the book, while showing Devlin that he needed to lean on others sometimes - without holding them up to impossible standards.

I can say with certainty, this book will be a top book of 2020 for me. This story was THAT well written, these characters are THAT amazing.

There is so much chemistry between Devlin and Kim, it just jumps off the pages. Kim was not confident in her choices, due to her previous bad choices - which was completely understandable, those choices landed her in rehab. Both Devlin and Kim had some major hurdles to overcome, and those hurdles were from their own past. By letting go of the past, their own failures, learning their lessons, but moving on, they were able to end that cycle of self doubt.

And Jethro - I love how he is still getting redeemed from his past, even now in Piper's books, with each of his exes. You'll have to read the book to find it, but absolutely worth it.

I loved the ladies of the Scorned Women's Society, can't wait to see who's book is next!
Read more
Helpful
Comment Report abuse

Kiersten
5.0 out of 5 stars Musical, sexy and captivating!
Reviewed in the United States on May 26, 2020
Verified Purchase
The Beauty and the Beast trope takes a musical, sexy, turn and Piper Sheldon delivers another fantastic story in the Scorned Woman Series.

There's no doubt that Devlin is more than a little devlish....he's cranky, intolerant, demanding, intriguing, beautiful and misunderstood! And, Christine/Kim is both drawn to him and a little terrified of him. The push and pull creates a puzzling and captivating storyline that you just can't stop reading.

The book is full of surprises and grounded in unique settings. You'll be drawn to the characters and their circumstances. I couldn't wait to find out which mysteries I solved and which ones still surprised me! The story and characters are so appealing that you'll race to the end to ensure that there is an HEA! Add this enchanting story to your TBR today!

An advance copy of this book was received from the author. Receipt of this copy did not impact the content or independence of this review. This book received a 4.5 overall rating. BFF Book Blog also uses a set of icon ratings. This book received additional icons for: angst, butterflies, character development, hero, heroine, romance, steamy, and supporting characters.
Read more
Helpful
Comment Report abuse
See all reviews from the United States

Farah
5.0 out of 5 stars Fantastical read
Reviewed in the United Kingdom on April 19, 2020
Verified Purchase
Kim Dae created a whole persona under the guise of Christina Day for herself after a tragedy in her youth. What she didn’t count on was developing two completely different personalities to accommodate the life she wanted to lead. That was until Devlin turned her world upside down.

Devlin and his anger issues kept getting him into serious trouble in the world of conducting music. Maybe the young lady sitting at fourth chair cellist becoming his muse might be the answer to getting himself straight.

She hides behind her persona and he hides behind a mask and hat, will their fears reunite them and bring them the happiness they’ve both been missing out on for their whole lives.

I found myself needing to keep reading from the moment I opened it on my kindle reader and before I knew it I was at 45%. The book was a complete slow burn romance and also a slow burn mystery I would say, if that’s a thing! The story unfolds so slowly, giving away just enough at a time to keep you wanting more at all times. There was plenty of intrigue and drama. I can guarantee that the characters are completely realistic and if you’re anything like me, you’ll find it difficult not to get attached to them (despite their obvious flaws).

I post more of my reviews on my blog at tahmasebi-reads.com
Read more
Helpful
Sending feedback...
Thank you for your feedback.
Sorry, we failed to record your vote. Please try again
Report abuse

Kyre
5.0 out of 5 stars Five Star Read! ⭐️⭐️⭐️⭐️⭐️
Reviewed in Canada on April 7, 2020
Verified Purchase
Piper Sheldon has graced us with another fantastic scorned woman story! I loved the first book in The Scorned Women’s Society series and loved this second book even more!
Kim and Devlin were fantastic characters and a perfect match as a couple. I loved that throughout the story you saw Kim slowly gain self-confidence and Devlin let down some of his intensity to show a more gentle side to his personality. The two complement each other superbly! 👌🏻
I love that Piper Sheldon always does an incredible job of creating an easy flow throughout the story. You can always keep up with the story, even with the twists and turns thrown in! 😁
Simply put, I absolutely love this book! I give The Trebel With Men a five star, ten out of ten rating! ⭐️ ⭐️ ⭐️ ⭐️ ⭐️
Read more
Helpful
Sending feedback...
Thank you for your feedback.
Sorry, we failed to record your vote. Please try again
Report abuse