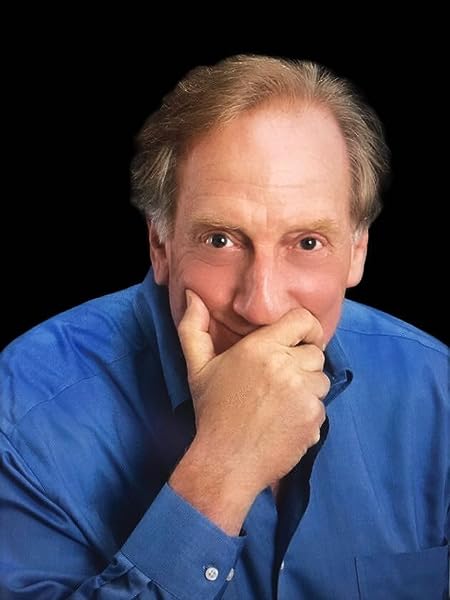 by Alan Zweibel (Author), David Catrow (Illustrator)
4.8 out of 5 stars 422 ratings
See all formats and editions
Sorry, there was a problem loading this page. Try again.

Dear Kids, A long time ago, when you were little, Mom and I took you to where we wanted to build a house. . . . I remember there was one tree, however, that the three of you couldn’t stop staring at. . . .

After the family spares him from the builders, Steve the tree quickly works his way into their lives. He holds their underwear when the dryer breaks down, he’s there when Adam and Lindsay get their first crushes, and he’s the centerpiece at their outdoor family parties. With a surprising lack of anthropomorphizing, this is a uniquely poignant celebration of fatherhood, families, love, and change.

Zweibel and Catrow have created a faultless piece of bibliotherapy for children working through loss. (Kirkus Reviews, starred review)

Alan Zweibel is an American television writer, author, playwright, and screenwriter whom The New York Times says has “earned a place in the pantheon of American pop culture."

An original "Saturday Night Live" writer, Zweibel has won five Emmy Awards for his work in television, which also includes "It's Garry Shandling's Show" (co-creator and producer) and "Curb Your Enthusiasm" (consulting producer).

Zweibel's theatrical contributions include his collaboration with Billy Crystal on the Tony Award-winning play "700 Sundays", Martin Short's Broadway hit "Fame Becomes Me", and six off-Broadway plays including "Bunny Bunny – Gilda Radner: A Sort of Romantic Comedy" which he adapted from his best-selling book. He is currently preparing "Bunny Bunny" for a return to the New York stage. Taking to the stage himself, Zweibel is an ensemble performer in "Celebrity Autobiography" at New York's Triad Theater— and is a sought after keynote speaker.

A frequent guest on late night talk shows, Zweibel appeared in episodes of "Curb Your Enthusiasm" and "Law & Order", and can be seen in the documentary "The Last Laugh" about humor and the Holocaust; Judd Apatow's "The Zen Diaries of Garry Shandling" (HBO); "Gilbert", a documentary about the life of Gilbert Gottfried; and "Love, Gilda", the Emmy-nominated CNN documentary for which he also served as executive producer.

All told, Zweibel has written eleven books including his cultural memoir "Laugh Lines – My Life Helping Funny People Be Funnier", the 2006 Thurber Prize winning novel "The Other Shulman", the popular children's book "Our Tree Named Steve", and a parody of the Haggadah titled "For This We Left Egypt?" which he wrote with Dave Barry and Adam Mansbach.

Zweibel's humor has appeared in such diverse publications as The New Yorker, Esquire, The Atlantic Monthly, The New York Times Op-Ed page, Huffington Post and MAD Magazine. He also penned a best-selling e-book titled From My Bottom Drawer.

Zweibel produced and co-wrote the feature film "Here Today" (2021) with Billy Crystal who also directs and stars alongside Tiffany Haddish. Other feature film co-writing credits include: "Dragnet", "North" and "The Story of Us".

He has been honored with awards from the Writers Guild of America and the Television Critics Association, and in 2010 the Writers Guild of America, East (WGAE) presented him with the Ian McLellan Hunter Award for Lifetime Achievement in Writing which is given “in honor of a lifetime body of work as a writer in motion pictures or television.” In 2009, Zweibel received an honorary PhD. from the State University of New York.

In his own words, the production he is most proud of is the one he co-created with his wife Robin, their three children and five grandchildren.

Katie
5.0 out of 5 stars Perfect
Reviewed in the United States 🇺🇸 on November 22, 2022
Verified Purchase
I love this book and read it to some kindergarten and first grade students who also loved the book.
Read more
Helpful
Report abuse

Kristie Amann
5.0 out of 5 stars Sweetest Book Ever
Reviewed in the United States 🇺🇸 on August 4, 2022
Verified Purchase
I read this book like 13 years ago when my sister bought for my niece. She got for my son when he was born. I now always buy for a baby shower gift for the book to give. Will definitely make you cry.
Read more
Helpful
Report abuse

tvesi
5.0 out of 5 stars One of my Faves
Reviewed in the United States 🇺🇸 on November 24, 2021
Verified Purchase
I love this book so much. There are so many teachable elements from this book. And I love the different kind of messages that it shares (giving of yourself is the best gift of all; all things have a purpose, even if it is repurpose; kind acts come in all shapes and forms, etc). I have read this book with kindergarten, firsties, and even third graders, and have gifted it several times at baby showers.
Read more
One person found this helpful
Helpful
Report abuse

yvey222
5.0 out of 5 stars My son and I love this book!
Reviewed in the United States 🇺🇸 on January 6, 2014
Verified Purchase
I bought this book as a gift for my nephews (4 & 7) to put with a collection of books that my son (now 12) loved when he was 6-8 yrs old) He wouldn't let me give our copy of the book away because he still loves the artwork in all the books with this illustrator.
I chose this book because my son had purchased other books at the school book fair that had the same artwork and my son really loved the stories as well as the colorful and unique art. It has become a classic for my family. The story is simple but relatable and I think I love the story as much as he did back then. The narrator is a man, so I would read this story with a Carolina accent in a slow, deeper mans voice (sounding much like the guy (unnamed) from the Motel 6 commercials) I recommend this for any collection of books for those who keep books to pass on to other generations.

Elizabeth Shepard
5.0 out of 5 stars I LOVE this book!
Reviewed in the United States 🇺🇸 on May 10, 2015
Verified Purchase
My principal just asked me to do a book talk at a staff meeting (grade 3-5 complex) and this was the first book that came to mind. Problem is, there is something about this book that touches me so that I cannot read it without crying...I mean, full on sobbing! It is such a sweet, simple story of the importance of the simple things in life and the memories we carry with us as families. I am a big fan of picture books (am known in my school for my extensive collection!) andthis is hands-down my favorite! What surprised me is that, in looking this up on Amazon, I have apparently owned it since 2011! It still has a powerful affect on me! To me it exemplifies the power of a good picture book. It can be appreciated on many levels and at many ages!
Read more
One person found this helpful
Helpful
Report abuse

Parkhurst
5.0 out of 5 stars Just beautiful...
Reviewed in the United States 🇺🇸 on April 29, 2010
Verified Purchase
I purchased this book to read to my Pre-K class. While the other reviews gave me ample warning, I still found myself tearing up and struggling to read the last few pages aloud. The first grade teacher walked in as I closed the book and wiped my eyes. I handed it to her and soon I heard her say, "Oh gee, thanks alot" as she was overcome by the book's lovely ideals and heart-warming emotions. The book was then passed to both of the kindergarten teachers, the other Pre-K teacher and the school's director. Each time it was finished with a smile and a tear-stained cheek. (By the way, the kids liked it too!)

While it is not the classic that Shel Silverstein's The Giving Tree is, I would liken it to that book in that emotion and a powerful message can co-exist simultaneously. We must appreciate what nature has given to us, and enjoy these gifts while we can. This lesson applies not only to the tree itself, but to family.
Read more
One person found this helpful
Helpful
Report abuse

TonetteMJS
5.0 out of 5 stars A Real Family Story
Reviewed in the United States 🇺🇸 on August 12, 2011
Verified Purchase
I picked up a copy of Our Tree Named Steve at my grandson's school and knew I had to purchase a copy for myself, and recommend it to others.
An old tree of obvious character was discovered on the site where a family's new house was to be built.The youngest child could not say "tree"; it came out "Steve", and after enough begging by the children,the father told the builder to spare it. The story of Steve is a letter written by the father to the children who are visiting their grandmother.It recaps how Steve, without speaking, seeming to think or in any way behaving other than a tree should, was so much a part of their family, and how he will continue to do so.
This is a touching story, but the only 'sap' here is in old Steve.The quirky illustrations enhance the modernity of the story, but I believe that the book is timeless.
I love this book.
Read more
One person found this helpful
Helpful
Report abuse
See all reviews

Adam Kidd
5.0 out of 5 stars Helpful for kids dealing with grief.
Reviewed in Canada 🇨🇦 on September 24, 2021
Verified Purchase
Absolutely beautiful book. A letter from a dad to his kids that explains why their beloved tree is now gone.

This is one you read to a child first and then talk about it.
Read more
Report abuse

Sheila Malashewsky
5.0 out of 5 stars A Story to Touch the Heart and Soul
Reviewed in Canada 🇨🇦 on March 1, 2014
Verified Purchase
Such a heartwarming story. One of my favourites. Gave it as a gift and they got very emotional reading the story to their children.
Read more
One person found this helpful
Report abuse