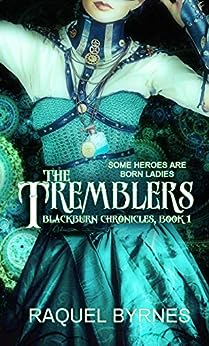 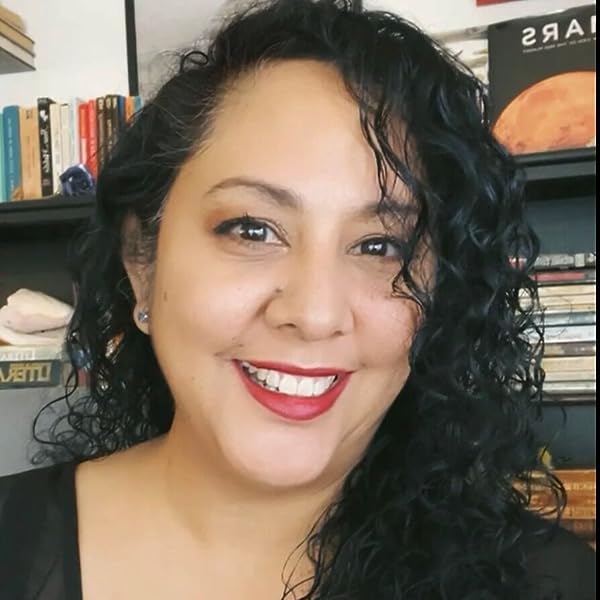 by Raquel Byrnes (Author) Format: Kindle Edition
Book 1 of 3: Blackburn Chronicles
See all formats and editions
Sorry, there was a problem loading this page. Try again.
Charlotte Blackburn—Beautiful, intelligent, a gifted tinkerer—lives in a cloistered world of wealth and privilege beneath the Electric Tesla Dome that shields survivors of The Great Calamity. But when her father is abducted, and a strange sickness starts transforming men into vicious monsters, she discovers that technology is no protection at all. Ashton Wells has a dire mission: Secure Colonel Blackburn and deliver his research to The Order of the Sword and Scroll. But the plan goes awry, and he is left with nothing but the colonel's daughter who has a target on her back and is willing stop at nothing to rescue her father—including handing over to the enemy the only means to stop the monstrous plague. Branded as traitors, Ashton and Charlotte brave the treacherous floating sky ports of Outer City to hunt down the elusive inventor who is the only person able to activate the strange device that harbors the secret to their salvation. With the government closing in, a rebellion brewing in the streets, and terrifying Tremblers attacking the innocent, the two must work together to stop their fragile world from crumbling once more into destruction.
Read more
Previous page
Next page

Next 3 for you in this series See full series
Total Price: $14.97
Books In This Series (3 Books)
Complete Series
Blackburn Chronicles
Kindle Edition
Page 1 of 1Start OverPage 1 of 1
Previous page
Next page

Raquel Byrnes writes across several genres including YA Steampunk, Fantasy, and Gothic Mystery. Known for edge of your seat stories with complex characters and heart pounding thrills, she is always looking for another adventure in which to partake. When she's not writing she can be seen geeking out over sci-fi movies, reading anything she can get her hands on, and having arguments about the television series Firefly in coffee shops. She lives in Southern California. --This text refers to the paperback edition.

Raquel is the author of suspense thrillers Purple Knot, Ruby Dawn, and Bayou Blue which garnered critical acclaim and were sold into foreign translation.

Her darkly thrilling Gothic mysteries, Whispers on Shadow Bay and Secrets at Crescent Point were praised by critics as, "a perfect blend of suspense, intrigue, and creepiness that will draw you into a dark world...keeping you frozen until the final conclusion..."

Known for pulse-pounding fiction with a breathtaking pace, she continues to bring riveting characters and epic worlds to life in her SciFi/Alternate History series, The Blackburn Chronicles, hailed as "a dark, intense, suspense-filled series that captivates."

When she's not writing she can be seen geeking out over sci-fi movies, reading anything she can get her hands on, and having arguments about the television series Firefly in coffee shops. She lives in Southern California with her husband, six kids, and her beloved Huskies, Zena and Keanu.

Jenny Rose
5.0 out of 5 stars Fun steampunk with Christian undertones
Reviewed in the United States on September 17, 2019
Verified Purchase
Driven by greed, man mined regardless of repercussions. They pushed the technological advancements to the point of shaking the earth almost to pieces. Those were “the quakes.” Protective domes had to be built as the quakes released toxic gases. These domes meant life could continue--and so could the mining.

Charlotte Blackburn lost her mom shortly after the quakes. Her father, scientist, encouraged her curiosity and tinkering. But when Aunt Sadie come to help rear Charlotte into a proper young lady, such explorations were discouraged. Post-quake survival did not take precedence over being a proper lady.

Colonel Blackburn, her father, was running tests to see if the domes were keeping the toxic gases out and if the mining was doing additional damage. A new disease was spreading and Colonel Blackburn was tracing its origin.

The diseased came to be known as “The Tremblers”, but it was all being kept hush-hush. Charlotte didn’t even know her father was researching it. But others did.

When soldiers invaded their home, Charlotte no longer knew who to trust. Encountering Ashton Wells during her escape she didn’t know if she was escaping the frying pan into the fire, choosing the lesser of two evils, or true safety.

I think I stumbled on this book as a freebie--being steampunk it caught my eye. Later I was pleasantly surprised to discover this is Christian fiction. It is not preachy as the Christian aspects are in undertones. I would recommend this to young adults and up as the description of the effects of the tremblers disease could be disturbing to those younger.

I read this entire book and this is my honest and unbiased review.

Shelf-Esteem
4.0 out of 5 stars For adults and middle-grade readers!
Reviewed in the United States on May 14, 2019
Verified Purchase
Every once in a while, I like to mix things up by reading a novel outside of my wheelhouse (historical fiction and suspense). This time I picked a doozy! The Tremblers is a fun, suspense-filled story that takes place in 1885—in a sort of post-apocalyptic version of New York City. The main characters, Charlotte Blackburn and Ashton Wells wield some pretty fabulous Steampunk gadgets and travel by dirigible in their quest to find out what is turning normal citizens into zombie-like "tremblers".

I know this book will appeal to fans of Morgan L. Busse (Tainted) and Evangeline Denmark (Curio). I'm equally excited to recommend it to parents of middle-grade readers since I know the cat and mouse adventure is something that will appeal to my own kids. (Note to parents: Ashton is more of a principled hero than a heartthrob.) I'll be adding the next book in the series to our summer reading list!
Read more
Helpful
Report abuse

BMBWriter
5.0 out of 5 stars Adventure-filled, Dystopian Steampunk with amazing inventions!
Reviewed in the United States on March 9, 2018
Verified Purchase
Byrnes takes the reader on a wild ride packed with adventure, whiz-bang gadgets and a touch of romance. Charlotte Blackburn emerges as a heroic girl swept up in a dystopian plot where humans are turning into "Tremblers." If you like zombies and are a fan of "walkers" then this is the story for you. I am not normally a Steampunk reader, but I loved the fast-paced plot and fun inventions Byrnes packs in this book. Ashton is a brave and noble love interest for Charlotte. I am hoping they get a happily-ever-after as the story continues and they save the world. This is a creative read for all ages.
Read more
2 people found this helpful
Helpful
Report abuse

maid in AK
5.0 out of 5 stars A must read
Reviewed in the United States on October 19, 2018
Verified Purchase
Ths is not my normal genre of book. Boy oh boy am I glad I read it! I was captivayed from the beginning and upon reading the last word, I bought books 2 & 3! I especially enjoyed the way the author included God's Word throughout the story.

Reader
4.0 out of 5 stars Delightfully different
Reviewed in the United States on March 20, 2018
Verified Purchase
Byrnes does a number of things really well, one of which is, to my pleasant surprise, successfully infusing this steampunk story with Christian worldview elements while staying true to the tropes of the genre. I'll be checking out Book 2!
Read more
One person found this helpful
Helpful
Report abuse

J C Steel
4.0 out of 5 stars A unique twist on steampunk
Reviewed in the United States on October 6, 2018
The Tremblers was a fast-paced thrill-ride set in a plausible, well thought-out steampunk world. Charlotte Blackburn is one of the elite, a Society debutante whose greatest concern is supposed to be the trim on her chainmail bodice. However, the night that she first encounters one of the tremblers, infected with a plague of unknown origin, her life changes forever. Charlotte finds herself caught up in events that will shape the future of her world, on the run from the law with a man she barely knows, and she’s somehow supposed to keep up still swathed in a ball gown.

Author Raquel Byrnes has created a very intriguing world, a steampunk version of the States where the major cities are confined and protected by Tesla domes against the man-made disaster outside. The thought that clearly went into the little details of the setting shines through without overwhelming the plot. While (I admit it) Charlotte’s tendency to end up in tears got to me periodically, overall the character had a lot of depth and her own unique perspective on the situations she found herself in. Despite the breakdowns, she kept going, and as the situation got more dire, she developed a streak of self-reliance and got the job done. The pacing is excellent, and the adventures largely plausible in context; definitely enough to keep the reader turning pages. I’d highly recommend this read to readers of adventure of all kinds; steampunk with some truly unique twists.