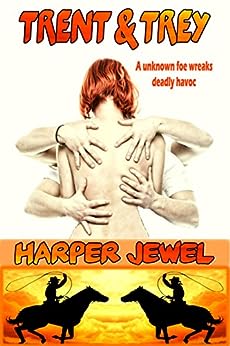 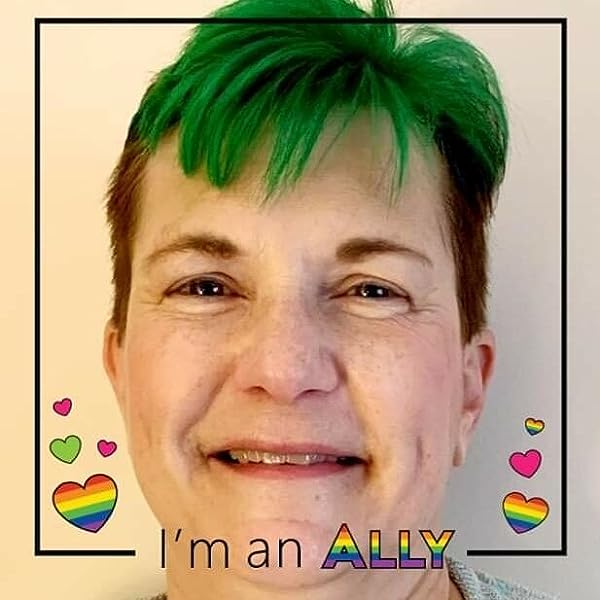 Sue Allen Milkovich
5.0 out of 5 stars !!!HOT COWBOYS!!!
Reviewed in the United States on July 27, 2013
Verified Purchase
If you love hot, hot, hot sex scenes with two tattooed cowboy tattoo artists this is the book for you. I happen to love pure raunchy sex every now and then. Between Cassie, Trent and Trey that is exactly what you get. This will definitely make you cream your jeans.
Read more
Helpful
Report abuse

Amy
4.0 out of 5 stars short and sweet
Reviewed in the United States on June 24, 2013
Verified Purchase
Great little short read. Enough background information to get the reader up to speed on the MCs. I wish there had been a bit more romance involved, a it more in depth with their lives, but not bad for a quick hour!
Read more
Helpful
Report abuse

MARIANNE C. DRAGO
5.0 out of 5 stars Steamy
Reviewed in the United States on February 4, 2014
Verified Purchase
THis is a fun book for anyone who likes erotica. It is well written and enjoyable for a quick escape.
Read more
Helpful
Report abuse

Cassie St. Cloud is starting over, hoping to forget the events that led her to a new name and a life in Texas. She decides a new haircut and a tattoo by one of the Buchanan brothers would be a perfect way to move forward. She's heard the rumors about Trey and Trent, she just didn't expect to fall for them.

This was a very short read (80 or so pages), so a lot was crammed into those pages. The main focus of the story was Cassie, Trent and Trey. They are immediately all drawn to each other and quickly move into a menage relationship. I realize, with a novella things have to move fast, but I really wish there was a bit more development of the relationship between the three. You can't go from getting a tattoo, sharing a lunch, having a threesome in a meadow to being in a full blown relationship in a matter of days (or really hours). Trent and Trey were notorious for not having anything long term, so it would have been nice to really get inside their heads to see why Cassie when no one else would do.

Then there was Cassie. She had a pretty harsh upbringing and then was traumatized by someone close to her father. I needed more insight into why, despite what she suffered at the hands of her father's man Vinny, she was so willing to let that all go with the Buchanan's, even after her trauma poked it's head up.

This was a really quick read, but I felt like I was missing an emotional connection between the characters and even myself. I expected intensity, given how quickly everything fell together, but it just felt flat to me.
Read more
Helpful
Report abuse

Jennifer Bosco
4.0 out of 5 stars Hot cowboys fun quick read
Reviewed in the United States on November 30, 2014
The second in the Inked Heat series, Trent and Trey follows the Buchannan brothers and fiery red head Cassie St. Cloud. The brothers are notorious players when it comes to women in the town of Tyler, Texas. When one of them meets Cassie and falls for her innocent charms, it's all over for both brothers. Realizing right away she is the girl they have been waiting for. When Cassie's life is in danger, the brothers will move heaven and earth to protect the woman they plan to make theirs at all costs.

Cassie St. Cloud is running from a violent past. Brought up in the world of organized crime, she is forced into the witness protection program. She tries hard to stay under the radar, but grows lonely and frustrated with her life in hiding. One day she decides to change her hair and get a tattoo, and this day proves to be the beginning of a roller coaster ride of a lifetime.

This is a really nice short story about Cassie, a sweet girl forced into hiding because of horrible events that happened in her past at the hands of her father's second-in-command. She lives in fear that one day, Vince will find her. When she decides she is done being a victim, the fun begins.

Cassie is all for being in a poly-amorous relationship, has even dreamed about it numerous times, but she wonders if that's what Trent and Trey really want from her. She finds out quickly what their intentions are. The writing was good, the author kept me interested in the outcome of these three characters. The sex scenes were well written and definitely steamy. If you are in the mood for a little menage quickie, this is a good one.

Received copy by the author from The Romance Review website link below.

Barb Pond
5.0 out of 5 stars A very HOT HOT quick read!
Reviewed in the United States on August 25, 2014
This book has a girl who is trying to start over and forget her past that keeps coming back in nightmares and all she wants to do is move on! It has Twin Cowboys who seem to do things together and they are also tattoo artists/shop owners while running a small farm outside of town! Combine that with some awesome sex between all 3 of them and you got this fantastic written book!

Cassie has a bad past and she just can't seem to quit having nightmares so she can move on! She meets Trent and Trey who are true cowboys who actually know how to treat a woman in and out of bed. I loved the way the author made these two brothers have manners and really show their feelings even though they share everything. I expected jealousy between them even with sharing things but there wasn't any. They are the type of men I wish there were more of in this world.

I can't wait to read more from this author! I hope maybe a sequil in the future examining maybe Trent and Trey's background and a little more in depth with Cassie. Either way twin cowboy sex is so HOT, I was burning up after reading this book!

Lila Fagan
5.0 out of 5 stars HOT HOT HAWT!!!
Reviewed in the United States on May 22, 2013
oh my gawd this book is smokin hawt!
Harper Jewel creates a world any woman would love to be in. Handsome cowboys, hot tats, one nasty ass baddie and a woman who knows what she wants!!
a def must have!!
Read more
Helpful
Report abuse
See all reviews
Back to top
Get to Know Us
Make Money with Us
Amazon Payment Products
Let Us Help You
EnglishChoose a language for shopping. United StatesChoose a country/region for shopping.
© 1996-2021, Amazon.com, Inc. or its affiliates