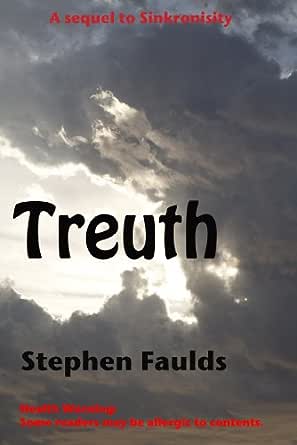 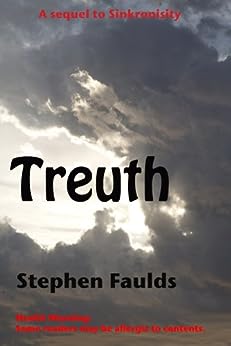 TeribleT
5.0 out of 5 stars A brilliant satire
Reviewed in the United States on January 23, 2014
Verified Purchase
This is the second book in a hopefully growing series. I highly recommend you read the first in the series, Sinkronicity, first. That aside, there are so few satirical comedic sci-fi and fantasy books out these days, and less that are absolutely stellar. Stephen Faulds has managed to write two hilarious satires that will definitely appeal to Douglas Adams, Terry Pratchett and Robert Rankin fans. Faulds manages to just skirt the line between parody, satire and bizarre-without going overboard. This is one case where the sample definitely gives you the idea of the flow and humour of the story. (As opposed to those samples that are great but then the book goes downhill fast, or a sample which didn't seem funny, but you hope it gets better). If you don't like that "British sense of humour", or can't appreciate the authours I've mentioned above, then this is unfortunately not the book for you. If you're interested, don't forget to read Fauld's book, Sinkronicity first!
Read more
One person found this helpful
Helpful
Comment Report abuse
See all reviews