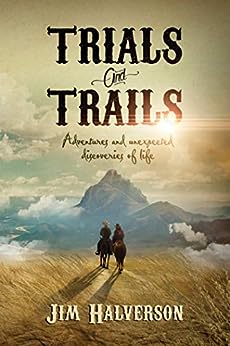 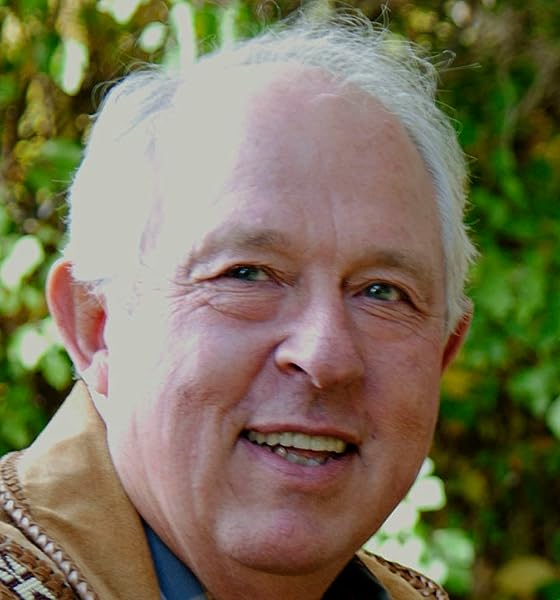 "In Jim Halverson's Trials and Trails, two disaffected cowboys search for new lives in the post-Civil War West. A panorama of the Old West overlaid by psychological theory." --Foreword Reviews

"This debut novel shows an incredible sensitivity to the past, and the difficult mental spaces occupied by so many minorities in America, both throughout history and the present. Despite being set so far back in history, the lessons learned along their journey are eerily relevant to many of the struggles we still face today. Finding room for kindness in a hard world is wisdom that every reader can benefit from, and Halverson delivers this truth through a heartfelt and powerfully told story." --Self-Publishing Review

"Trials and Trails is a Western novel that moves far beyond the usual trail encounters and trappings of the old West to probe the process of individual efforts to overcome prejudice and make their communities a better place. Western readers seeking more ethereal messages from their frontier settings will relish a story that is both astute in its observations and hard to put down." --The Midwest Book Review

Jim Halverson's TRIALS AND TRAILS: Adventures and Unexpected Discoveries of Life, is a beautifully written and conceived novel of hope and courage after the devastation of the Civil War that still has resonance and relevance today. --Eva Schegulla for IndieReader

Jim Halverson grew up in the rural, gold-mining town of Mokelumne Hill, CA and received his MBA from Golden Gate University. He spent part of his life on a ranch and is an avid student of psychology. He recognizes the struggles of all men and women seeking equality and respect. Jim and his wife, Gail, spend their time traveling from their small farm in Forestville, CA. --This text refers to the paperback edition.

The McKenzies
4.0 out of 5 stars A good western to take you back
Reviewed in the United States on February 17, 2019
Verified Purchase
There was a lot about this book that I really enjoyed. First off, I grew up watching Gunsmoke, Bonanza and the like, so that's my cup of tea. The first thing that made this book stand apart from the traditional western were the main characters. LeRoy, an ex slave, and Johnny B, a Sioux who had been taken in by a well to do family in the east. You follow their adventures as they ride north after herding cattle for a fellow I can only envision as an older Audy Murphy. ((I did say I loved westerns)). They go on several adventures during their ride north and deal with the prejudices and bigotry that go along the way, but they do meet some nice folk that don't care about such animosities.

In their next stop I do wish that the author had taken some time to really get into the detail when LeRoy started to sing. Music is so integral to westerns. "Everyone stopped what they were doing to listen and applauded loudly when he finished." I was glad later on in the book that music is used to disperse a tense situation between some soldiers and Sioux.

I really enjoyed each adventure that the trail brought them. From Alice, to the soldiers and indians, the trial in the courtroom, and more. There's even a part that's just plain a tear jerker.

It's apparent that the author did his work before he wrote this book. I have a special appreciation for the conversation of statehood vs cattle lands given that my Grandfather was a rancher, and years before, what is now National Forest used to all be ranch land. Special permits for grazing sheep and cattle are permitted, but it's not the cattle days of yore.

The ending of this story was a twist I wasn't really expecting, especially considering the ride along we get of the two men on the trail, working their way north. Yet you can't help but be glad that it ended the way it did given how many other westerns end.

I also enjoyed the author's notes and the explanation that comes along with them. I must say, well done!! I would definitely recommend this book to my friends, especially those who love westerns like I do. You do the genre justice.
Read more
2 people found this helpful
Helpful
Report abuse

vtreviewer
5.0 out of 5 stars This is a wholesome, old-time, Civil War era look at life.
Reviewed in the United States on January 25, 2019
Verified Purchase
“Trials and Trails” by author Jim Halverson is a simply wonderful book. It has been a long time since I have read an honest, well-written, old fashioned “western” style book and this is one the best. The book presents a picture of life as it really was at that time, or at least how I hope it was.
I loved the honest, ‘real-life’ conversations and the seamless and natural dialog that permeates the entire book. It just seemed wholesome and had enough of an ‘innocent’ flavor to make the book truly believable. That’s how things were in our country back then, again, at least that’s how I hope they were.
I have no idea how Mr. Halverson accomplished writing “Trials and Trails”, and half wonder if he owns a time machine. In my opinion it really is as if someone had returned to Civil War times and recorded all this great action, because of the believable, naturally-flowing dialog and plots. The details were just fantastic.
“Trials and Trails” is certainly a book worth purchasing and reading. It is one you can share with younger family members, without fear.
I pre-purchased this book and read it as soon as it arrived. I’m very happy with my purchase, would buy the book again, and highly recommend it to history buffs and anyone else who appreciates easy to read, authentic-sounding historical fiction.
Read more
3 people found this helpful
Helpful
Report abuse

Kindle Customer
5.0 out of 5 stars Excellent story
Reviewed in the United States on March 6, 2019
Verified Purchase
This is not the kind of book I typically read, but I'm so glad I got out of my comfort zone and read it. It is such a feel-good story, with life lessons interspersed throughout. I would give it 10 stars if I could. Jim Halverson is a great storyteller. His descriptions of the scenery and events brought the book to life. Can't provide enough praise. I just really loved this book/story. Recommended it to all my friends om Facebook.
Read more
One person found this helpful
Helpful
Report abuse

Rev Kenneth Hetzel
3.0 out of 5 stars Really Not a Novel
Reviewed in the United States on March 26, 2019
Verified Purchase
This book presents itself as a series of sketches only some of which ask to be developed into a novel. The lead characters are too good to be true, particularly from their backgrounds. Their philosophical musings become tedious. Their self discoveries of physics and gravity were annoyingly long. I kept reading hoping for a plot line adventure to be fully developed but it never came. The ending chapters seemed more a test of alternative writing style rather than anything consistent with the opening of the book. Ultimately I found the book rather disappointing.
Read more
Helpful
Report abuse

Carey McConnell
5.0 out of 5 stars Route 66 on horseback
Reviewed in the United States on February 11, 2019
Verified Purchase
This is a great story. In fact, it could be made into an exciting western drama series on something like Netflix. Every episode, Leroy and Jimmy B could ride into a new situation that tests their resolve to pursue personal enlightenment while teaching others to look deeper than the skin when judging a man, a woman or even a horse. Valuable insight, vivid imagery of the post-civil-war era of westward expansion, big multidimensional characters and exciting adventures keep the pages turning.
Read more
One person found this helpful
Helpful
Report abuse

Kcathy
4.0 out of 5 stars Good uplifting read
Reviewed in the United States on March 4, 2019
Verified Purchase
I wasn’t sure what I expected when l chose this book. What I found was true to life characters with real struggles that they made the best of and used to develop character traits to enrich those they came in contact with. I thoroughly enjoyed this book and will keep it in my library to read again in the future. Well done author!
Read more
Helpful
Report abuse

A Talamante
5.0 out of 5 stars Pleasant journey
Reviewed in the United States on March 3, 2019
Verified Purchase
Friends on the trail of life. Such a pleasurable read. No stress and nice characters. I hope to find more like this book.
Read more
Helpful
Report abuse

Amazon Customer
5.0 out of 5 stars Very good read
Reviewed in the United States on June 27, 2019
Verified Purchase
This book is well worth the time it takes to read it. Lee and John are two very interesting characters.
Read more
Helpful
Report abuse
See all reviews