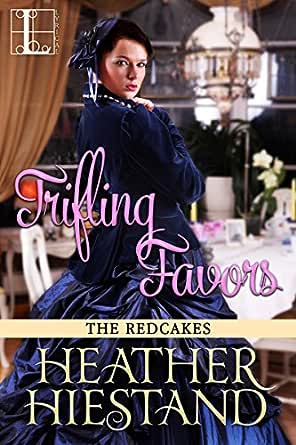 You've subscribed to Redcakes! We will preorder your items within 24 hours of when they become available. When new books are released, we'll charge your default payment method for the lowest price available during the pre-order period.
Update your device or payment method, cancel individual pre-orders or your subscription at
Your Memberships & Subscriptions
There was an error. We were unable to process your subscription due to an error. Please refresh and try again. 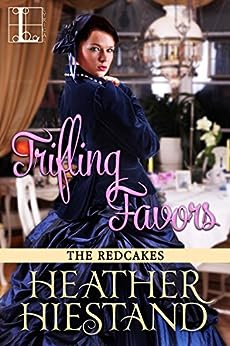 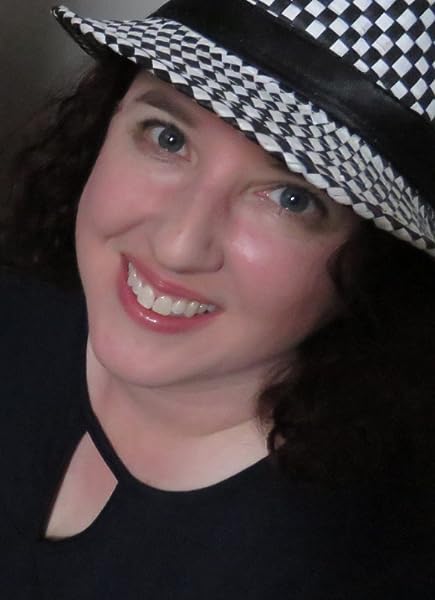 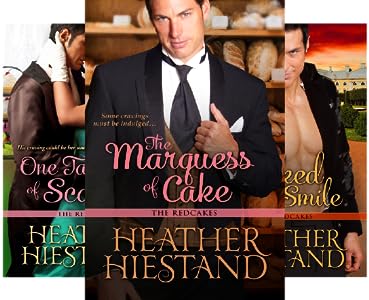 Buttercup
5.0 out of 5 stars I loved the book
Reviewed in the United States on June 1, 2016
Verified Purchase
I loved the book, I loved the series. Well written and developed. The book can be read separate from the series without the reader feeling lost. Excellent read!!
Read more
One person found this helpful
Helpful
Comment Report abuse

TracyJane
3.0 out of 5 stars Maybe 3.5 stars
Reviewed in the United States on March 15, 2016
**I received an eARC of this book from NetGalley and the publisher in exchange for an honest review**

I would rate this book 3, maybe 3.5 stars. I liked it much better than Wedding Matilda, but it cannot compare to the first books in the series.

I think the writing was much more cohesive in this book than it was in the last book, but I felt it was still lacking the true romance of the first three books. The mystery was very well done and had me going back and forth for much of the book trying to decide who was the true villain. To say that I was surprised by the reveal - would be a gross understatement.

This story centers on Betsy Popham, who has been a strong secondary character for the entire series and Greggory Redcake, whom we met in the last book.

Greggory owns the Kensington branch of the famous Redcakes tearoom and Betsy is his assistant manager. They have worked together for two years, but have only just recently developed a more physical attraction. Greggory is a widower with two small children and has recently begun to think he should remarry. His respect and attraction for Betsy, makes her his first choice in a second wife.

Betsy is attracted to Greggory, but she is very conscious of the difference in their social stature. She is a woman with a lot of baggage and lets the actions of others, cloud her self worth.

When Greggory and Betsy become more than just employer/employee, things from Betsy's past rear up and threaten to destroy not only her life, but the business too. She and Greggory must work together to save no only their budding relationship, but Redcakes as well.

The story has a lot of twists and turns and there is the ongoing issue of the social class discrepancies that has been a major part of all the books in the series.

I think my only problem with this book is the lack of true romance. I could not shake the feeling that Greggory was still actively in love with his late wife, who has only been gone for just about a year. It made it hard for me to believe that he was in love with Betsy, it was more like he was lonely and liked being married, so hoped to have that again. And Betsy had so much going on that I never got a sense of her being in love at all. This was more like a friends to lovers story rather than a meeting of soul mates kind of love story.

While it was not my favorite in the series, it was good and interesting. But it lacked true emotion and became more of a mystery novel than a love story to me.
Read more
3 people found this helpful
Helpful
Comment Report abuse

Kimberly
2.0 out of 5 stars Trifling Favors
Reviewed in the United States on March 16, 2016
Trifling Favors is a story I wanted to like far more than I did, which makes it a bit difficult for me to review. Hardworking Betsy Popham has been an interesting secondary character in the Redcakes series and I was excited that she finally got a book of her own. I loved learning more about Betsy and my heart broke for her more than once over the course of the story. She’s the daughter of a convicted killer and has lived her life with that hanging over her head. Not only that, she’s been blackmailed, used, stolen from, and disappointed by love. Through it all, Betsy has remained a determined, hardworking woman who keeps her head held high even when life throws yet another curveball at her. In other words, she’s the perfect example of a strong heroine who you want to see find love with a hero who will appreciate all that she is.

What Betsy gets is Greggory Redcake, who – though likeable on his own – is lackluster as a romantic hero. Greggory is a widower with two babies and a teashop he and Betsy have worked hard to make a success. I was looking forward to seeing them fall in love and work together, but ultimately the romance never rang true for me. Greggory was certainly attracted to Betsy, but his “love” for Betsy felt more like lust mixed with wanting her organizational skills to run his chaotic home. He didn’t seem to appreciate Betsy for who she was, but instead tried to cherry pick what he liked about her and then fit her into the mold of what he thinks a wife of his should be. Needless to say, this was incredibly disappointing. As for Betsy, though she cared for Greggory, she still seemed more hung up on Ewan Hales, the man she loved and lost. Greggory was almost like a consolation prize, one I doubted if she was wholly certain she wanted before her hand was forced. I finished Trifling Favors wishing there was more to the ending so that I could feel the romance come together. As it stands, the story ended more with a whimper than a strong happily ever after that would satisfy.

Though I did have a number of issues with the romance, Trifling Favors wasn’t a bad read. It was slow to start, but once it picked up I enjoyed author Heather Hiestand’s writing. There’s a mystery involving theft and murder that was fun to watch Betsy and Greggory pick apart and solve. It’s this plotline that is the book’s saving grace, for it adds excitement and offers readers the opportunity to become invested in the tale.

Trifling Favors is the seventh book in the Redcakes series, and as I have been reading the series out of order I can safely say the book stands on its own. That being said, a lot of past Redcakes heroes and heroines are mentioned or briefly appear, which should delight fans. Trifling Favors isn’t the strongest book in the series and I was sadly disappointed in the love story, but I enjoy Ms. Hiestand’s writing enough that I will definitely finish catching up on the series.
Read more
2 people found this helpful
Helpful
Comment Report abuse

L. Ringsby
4.0 out of 5 stars This is a delightful series that I will continue to follow.
Reviewed in the United States on March 27, 2016
We have met both Betsy and Greggory previously in the series and now we visit with them as they find their happiness. Unfortunately that happiness must wait for slow police work, family betrayals, murder, vandalism and lack of self-esteem.

Once again Ms. Heistand brings deep and complex character portrayals to the story and even if you have not read the other books in the series you will cheer for Betsy and Greggory and hiss at the betrayals. I loved the story and the tension the murder brought to it. Right up to the end I thought I had figured out who dunnit, but was pleasantly surprised and glad to be there as karma came back around. I especially like the way she has created independent minded women in a time that they are struggling to come into their own and they shine.

The personal doubts that both Betsy and Greggory struggle with are ones that are relatable and touchingly handled. I could see myself in Betsy’s position as she struggled to break free from her father and gain a sense of where she stood in the world of commerce. Greggory’s trials as a widower with infant babies is real and you could feel for the sleepless nights, the constant crying and the triumphs of a full night’s sleep.
I gave this story 4.5 stars because I would have liked to see the end a bit more drawn together or at least a short epilogue as it ended a bit abruptly. While this may have been done because Ms. Heistand knows what is coming next, it left me hanging. This is a delightful series that I will continue to follow.

I received a complimentary copy of this book in exchange for my honest review.
Read more
Helpful
Comment Report abuse
See all reviews