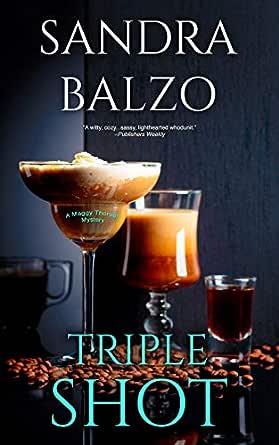 You've subscribed to A Maggy Thorson Mystery! We will preorder your items within 24 hours of when they become available. When new books are released, we'll charge your default payment method for the lowest price available during the pre-order period.
Update your device or payment method, cancel individual pre-orders or your subscription at
Your Memberships & Subscriptions
There was an error. We were unable to process your subscription due to an error. Please refresh and try again. 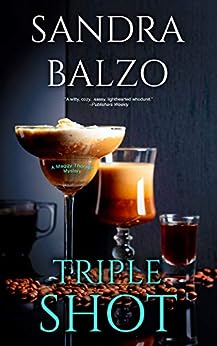 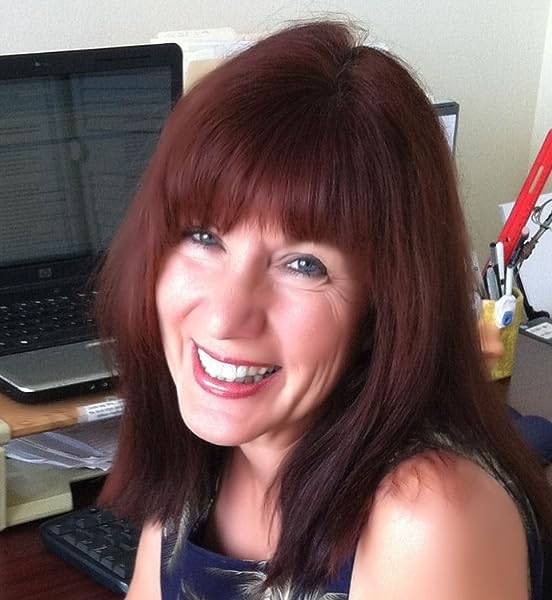 Beyond your wildest dreams
From DC & Neil Gaiman, The Sandman arises only on Audible. Listen free with trial
click to open popover
Books In This Series (10 Books)
Complete Series 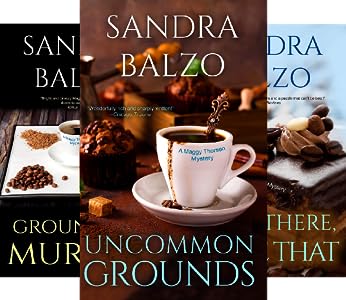 Film rights for the Maggy Thorsen Coffeehouse Mysteries have been optioned toward development as a television series or movie. Garnering starred reviews from Kirkus and Booklist, Balzo's novels are recommended to readers of Janet Evanovich, Charlaine Harris, Harlan Coben, Joan Hess and Margaret Maron.

Booklist:  Missing Mafia money and murdered female real-estate agents mix in the seventh in Balzo's Maggy Thorsen series...Maggy is on-site to put the pieces together, becoming an instant Internet sensation. Multiple bodies notwithstanding, this is appealing, lighthearted fare. --This text refers to the hardcover edition.

4.3 out of 5 stars
4.3 out of 5
22 customer ratings
How does Amazon calculate star ratings?
Amazon calculates a product’s star ratings based on a machine learned model instead of a raw data average. The model takes into account factors including the age of a rating, whether the ratings are from verified purchasers, and factors that establish reviewer trustworthiness.
Top reviews

In Triple Shot, Maggie Thorsen and her BBF, Sarah Kingston have a nonstop time of it in the coffeeshop, Uncommon Grounds. They discover that the coffee shop was once a hangout for the mob with a connection to her friend Tien grandfather killed in a shot out between the mob and FBI, a 'secret room' the old mob use to use, a hint of unfound money they might have left behind, bodies still piling up and Sarah is a murder suspect. (Sort of like Geraldo Rivera's mystery of Al Capone's vault, but with a much, much better plot.) Add to this mix, Maggie has to deal with out of towners showing up in Brookhills running about stirring it all about and not to forget about another woman who tries to horn in and finger that buttery leather jacket Maggie so loves. Speaking of Pavlik, he mood is so warm and loving in the book!
In Triple Shot, Maggie's fun sense of humor, a hallmark of Sandra Balzo's character, keeps you entertained and the story moving with scenes. Maggie doesn't share all her thoughts with her fellow characters... just with me, (Okay, and you.) In this one, Maggie imagines Pavlik thinking of their relationship: 'How the hell did I get myself involved with this broad? It's like I'm Lassie, she's Timmy, and every day is a new well!'
This is my favorite Maggie Thorsen mystery written skillfully by Sandra Balzo. Maggie is one of the strongest characters I know. Well... as well as a reader can know a fictional character, that is. Triple Shot has everything I love in a good book.

CozyreadersTop Contributor: Cooking
5.0 out of 5 stars Uncommon Grounds has an Uncommon Odor.
Reviewed in the United States on February 3, 2012
Verified Purchase
Maggy Thorsen, owner of 'Uncommon Grounds' is so happy with her new business partner, Sarah and just how business is going in general. That is until...she walks in the door and smells a smell beyond description.

As she heads outdoors to investigate, she meets a reality television producer, actor etc. Maggie learns of an old Mafia connection to her little town, Brookhills, WI.

In this novel, we have lost treasures, dead bodies, and old FBI cases or are they that old? By the way, why are real estate agents being murdered?

Kindle Customer
5.0 out of 5 stars Fun
Reviewed in the United States on December 29, 2018
Verified Purchase
Maggy and Sarah find out that their coffee shop is sitting on a former mafia hideout. When a tv crew comes to stage a discovery of loot from a long ago massacre the excitement starts.
Read more
Helpful
Comment Report abuse

candy
5.0 out of 5 stars more coffee, more murder
Reviewed in the United States on October 5, 2013
Verified Purchase
As always this series fulfills it's promise of entertainment. A lovely light read, easy to pick up for any length of reading opportunity
Read more
One person found this helpful
Helpful
Comment Report abuse

G. Smith
2.0 out of 5 stars Confusion
Reviewed in the United States on July 22, 2013
Verified Purchase
I found the book to be slow moving, with undeveloped characters. I live in the Midwest - this book does not cut the territory.
Read more
Helpful
Comment Report abuse

San Antonio Rose
5.0 out of 5 stars A confirmed Sandra Balzo fan!
Reviewed in the United States on December 26, 2013
Verified Purchase
I found my first Maggy Thorsen mystery at a used bookstore. I then proceeded to order every book in the series through Amazon and was very pleased with my purchases.
Read more
Helpful
Comment Report abuse

Patti A. Beaumont
5.0 out of 5 stars A fantastic read
Reviewed in the United States on July 21, 2013
Verified Purchase
Sandra Balzo is an amazing author. Her books are dramatic and funny at the same time. Everyone should read her series.
Read more
Helpful
Comment Report abuse

Shirley Priscilla Johnson
5.0 out of 5 stars I Liked It!
Reviewed in the United States on November 6, 2011
Maggy Thorsen is just trying to get ahead and have a life. She co-owns the Brookhills coffe house in Wisconsin with her friend, Sarah Kingston. As the story begins the ladies seem to be doing pretty good, after all everyone loves their autumn drink, a "Triple Shot, Fully-leaded Espresso." But things were about to heat up as Ward Chitown, a television personality whose name is quickly being forgotten, comes to town stirring up the town's dark past. After all, who wants to be known as the town where the Mafia thrived, where murders were committed, and money stashed and never found.
If that wasn't enough real estate agents begin to be murdered, and since Sarah owns her own real estate establishment that was not good. Blackness settles as Sarah's worker is killed, her body discovered in a room no one knew existed, and Sarah may well be one on the list of 'interesting people' in the case. Maggy, who seems to always be where dead bodies are, is thrown into the middle. Her boyfriend is none other than the Sheriff and now her partner and friend is a possible suspect in the murders. What a tangled weave is webbed!

I enjoyed this book. I liked the characters and felt the author did an excellent job at giving you enough insight on each to bring them to life. The local was very well described. I could see the town, the buildings, the coffee house clearly in my minds eye, making the story more real. Of course I especially liked Maggy, she was definitely a frisky woman, one who had overcome battles in her life yet charged forward. The mystery was well laid out, giving you hints along the way, but I have to tell you I really was not sure who done it! The ending had a few twists that surprised me. All in all it was a really good read and I'm pleased to recommend it.
Read more
6 people found this helpful
Helpful
Comment Report abuse
See all reviews from the United States