Triple: A Novel and millions of other books are available for Amazon Kindle. Learn more
Share <Embed> 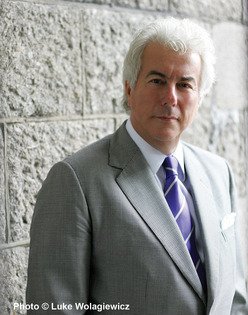 Start reading Triple: A Novel on your Kindle in under a minute.

4.3 out of 5 stars
4.3 out of 5
2,186 global ratings
How are ratings calculated?
To calculate the overall star rating and percentage breakdown by star, we don’t use a simple average. Instead, our system considers things like how recent a review is and if the reviewer bought the item on Amazon. It also analyzes reviews to verify trustworthiness.
Top reviews

thanos vassilakis
1.0 out of 5 stars Read 96% couldn’t stomach any more!
Reviewed in the United States on August 5, 2018
Verified Purchase
This is a really poor effort. There is a basic plot is clever clever but Follet runs the the story goes down dead ends that only extracts at the cost of making the book at best banal and at worst ridiculous. For me the book is unreadable, and I really tried.
Read more
25 people found this helpful
Helpful
Report abuse

MourningandCelebration
3.0 out of 5 stars Well-written but convoluted
Reviewed in the United States on September 6, 2019
Verified Purchase
I've always enjoyed Daniel Silva's novels until now. As usual, Triple is well written. However, the main thrust of the story was lost on me. Perhaps my concentration slipped at the crucial moment in the tale, when ships were substituted and teams of spies described and aligned. I did read it to the end, mainly because I was curious how the love story would evolve and turn around. But unless you have a notebook by your side as you read this novel in order to keep track of its meanderings, I cannot recommend it.
Read more
10 people found this helpful
Helpful
Report abuse

Verogal
5.0 out of 5 stars Suspense that builds from beginning to end
Reviewed in the United States on November 13, 2017
Verified Purchase
After the second World War the winning countries seriously stepped up intelligence collection on one another and emerging Middle Eastern growing powers as the World looked for a new power order. Triple is about this spying Spider-web of spies that began at that time. Only Ken Follett could keep all these characters straight for the reader and still create a masterpiece with a real love story that is intertwined within the story ( not just s Bond girl); and a multidimensional hero.

. Only Ken Follett could keep all this understandable for the average

CPO RET.
5.0 out of 5 stars Gets and Keeps your attention.......
Reviewed in the United States on February 5, 2019
Verified Purchase
I am rapidly becoming a Follett fan, this is the 4th one of his that I have read, (Pillars of the Earth series) were the first ones I read. Follett is right there with James A Michener, and I am a huge fan of his. Both authors excel at telling their stories with factual historical events intertwined with the character's, a unique gift that will keep me coming back for more. The stories are timely and the attention to details are impeccable. If you are a fan of Historical fiction this is a "must read".
Read more
5 people found this helpful
Helpful
Report abuse

Bonnie J. Clark
5.0 out of 5 stars And it all was based on true events....
Reviewed in the United States on April 7, 2020
Verified Purchase
I continue to thoroughly enjoy reading Ken Follett’s stories. He add realism and fiction to the mix, and come up with the perfect “Extra Martini”....I believe I previously read this one way back in the early 1980’s but it still relevant to read today (2020).
Nat Dickstein and his later to be wife Suza (who is the spitting image of her Mother), fall in love shortly after meeting in Oxford. But are soon separated as Dickstein is given an assignment to commander a shipment of Uranium to later by used to build booms for the Israeli army. If he succeeds, will he want to walk away from the army, or continue to remain a soldier.
His life has changed dramatically with his meeting and falling in love with Suza, but he sees himself as duty bound and must complete his mission.
This one plays Israel against Russia, and is guaranteed to keep you on the edge of your chair (or wherever you find a comfortable place to sit.
Read more
Helpful
Report abuse

Biker Fred
3.0 out of 5 stars Good, but...
Reviewed in the United States on April 6, 2019
Verified Purchase
Too much of a good thing is, well, too much. A very interesting, imaginative Follett yarn but too long on detailed descriptions of action situations, interrupting your concentration on the flow of events. Eventually, you loose the forest while focused on the trees. Still, a good read.
Read more
6 people found this helpful
Helpful
Report abuse

Daune Robinson
4.0 out of 5 stars Intriguing story - but a bit of a contrived ending
Reviewed in the United States on January 28, 2013
Verified Purchase
I enjoyed this book in many ways, although it tended to be a bit wordy. But, with a bit of fastforwarding it was exciting and had more than a few twists and turns. Mr. Follett manages to bring the complexity of the Middle East, and the dangers of trying to maneuver through its political and theological landscape, to the written pages of this novel. Interestingly he is able to make a ruthless assassin somewhat likable, and illuminates a world where people matter far less than politics, revenge and hate.

The main focus of the book is a race to nuclear weapons between Israel and islamists in Egypt. With a creative Mossad agent, some luck, assistance from friends, and old debts called in, the Israeli's are well on their way to hijacking a shipment of nuclear fuel. A chance encounter blows the cover of the Mossad agent, and the story becomes a race of time and trial of wits. A twist is thrown in here which I won't disclose, but it adds intrigue and intensity to the story. It also explains the title, which puzzled me until that point.

The story is told from the perspective of the Israelis, but it is not without balance, and it clearly shows the politics and background of many of the issues we faced then, and now, in that volatile part of the world. The only real weakness of the book was the final showdown which was somewhat improbable, but the rest of the book was full of intrigue, suspense, cleverness and plain good storytelling and it easily overcame the one small weakness of the end.
Read more
20 people found this helpful
Helpful
Report abuse

Kindle Customer
5.0 out of 5 stars Gripping With Heroes In Love
Reviewed in the United States on March 31, 2020
Verified Purchase
This is definitely a six star book, but then all Ken Follett's books are superb. Three intelligence services and three agents pitted against each other, but it was the heroine who ultimately saves the day. I really wish I could give this book six stars, because I have used five stars for books of lesser quality in the past. The book has a couple intimate scenes,so it isn't appropriate for all ages but I would definitely recommend this book to almost all.It will absolutely keep you on the edge of your seat!
Read more
One person found this helpful
Helpful
Report abuse
See all reviews

Blah de Blah de Blah
5.0 out of 5 stars Gripping read
Reviewed in the United Kingdom on June 29, 2020
Verified Purchase
Like Follett books it takes 50+ pages to get going as the characters and plot are built, but once underway it's a gripping page-turner. All the more engaging as the actual event did happen in 1968 (albeit not with Follett's characters).
As a non-Jewish Brit living in Israel, Follett's understanding of Israeli Jewishness and the pain of the Palestinian plight is remarkable - I can only think he spent time here before putting pen to paper. I also commend him for being fair and not anti-Israeli (unlike so many of left-leaning views). The description given by a senior Egyptian to his wife about the Palestinians becoming the Welsh of the future is sadly accurate (and Follett is proudly Welsh) - but there is a loose end in the book: whatever happened to Pyotr Tyrin? Maybe he went down with the ship...
Read more
3 people found this helpful
Report abuse

Betsy Johnson
4.0 out of 5 stars James who? Never heard of him!
Reviewed in the United Kingdom on March 14, 2020
Verified Purchase
Incredible that this was written over 40 years ago and is still actual to the minute. Thoroughly enjoyed the action, wish he'd go easy on the sex scenes but guess that for some that's a selling point.
Read more
3 people found this helpful
Report abuse

Gerry Madden
4.0 out of 5 stars Entertaining if a little far fetched
Reviewed in the United Kingdom on June 6, 2020
Verified Purchase
Became a fan of Ken Follett after reading The Pillars of the Earth... this is a completely different type of book but I enjoyed it. Maybe a little far fetched but it kept me interested. It certainly hasn't put me off buying another Follett novel.
Read more
2 people found this helpful
Report abuse

Rae
5.0 out of 5 stars Breathtaking. Read it now.
Reviewed in the United Kingdom on June 1, 2020
Verified Purchase
An absolute masterpiece which I found impossible to put down. Follett has such skill in creating characters and plotlines the reader can become invested in as well as the ability to recreate the era he's writing about faultlessly.
Read more
2 people found this helpful
Report abuse

Billyt
4.0 out of 5 stars Roller coaster ride of a plot
Reviewed in the United Kingdom on July 23, 2020
Verified Purchase
As ever Ken Follet spins a great yarn that keeps you interested to the end. He constructs his main characters In such a way you always feel sympathetic towards them. Four stars rather than five for this one because although Mossad agents are renowned for their ruthlessness, this one becomes a cross between James Bond and Superman towards the end. A good read nevertheless.
Read more
One person found this helpful
Report abuse
See all reviews