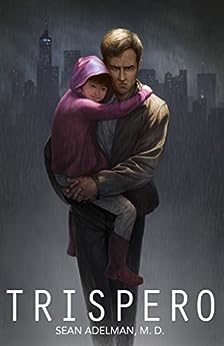 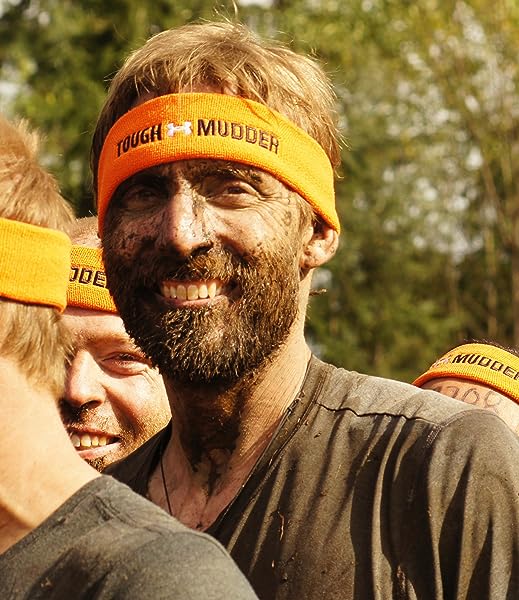 Sean is an practicing surgeon in Seattle. He enjoys the Pacific Northwest with his beautiful wife, 3 kids and the dogs. In his spare time he loves to play classic rock on electric guitar. --This text refers to the paperback edition.

4.0 out of 5 stars
4 out of 5
44 global ratings
How are ratings calculated?
To calculate the overall star rating and percentage breakdown by star, we don’t use a simple average. Instead, our system considers things like how recent a review is and if the reviewer bought the item on Amazon. It also analyzes reviews to verify trustworthiness.
Top reviews

morehumanthanhumanTop Contributor: Graphic Novels
TOP 1000 REVIEWER
3.0 out of 5 stars Story has potential, needs major work
Reviewed in the United States on September 29, 2015
Verified Purchase
There is a germ of a good medical thriller here, compromised by a clunky narrative structure (the story is told in flashback format, a man telling his daughter about things that happened hundreds of years earlier) and a general lack of realism. The main character, after some false starts highlighting other characters, is scientist Jason Roy. After his wife dies, their daughter Lily becomes the center of his world. Lily has Down Syndrome. As I have a close family member with Down Syndrome, I was intrigued by this part of the plot and hoped it would add some interest to the novel. Unfortunately, Lily's character just isn't written very well. It wasn't realistic based on my experience with my family member and her friends with Down Syndrome. Her dialogue and actions didn't ring true. Maybe Lily is based on someone the author knows, but it seems as if she (and the other character in the book with Down Syndrome) were written as precocious sweet children rather than pre-adolescents/adolescents with intellectual disabilities. In the quest to humanize Down Syndrome (something I completely support), it seems like their genuine differences were erased. And that's a shame, because I would love to see more accurate and true-to-life renderings of people with intellectual disabilities in literature -- that is what is truly humanizing.

Setting all that aside, the plot doesn't really work and the execution is frequently uneven. The evil big pharma angle is stretched to the breaking point and the book dedicates too much time to a cross-country chase that never really means anything. Roy's research, the cornerstone of the story, is rushed over and hardly described. If you think everything will be explained by the end of the story, you're going to be sorely disappointed. It's never clear how we get from the present-day to the future where Roy's story was being told (or how the narrator knows the thoughts and actions of the main characters).

As a raw story this has potential. But this version just isn't that good.
Read more
9 people found this helpful
Helpful
Report abuse

DaveM
3.0 out of 5 stars Research project out of control story
Reviewed in the United States on July 17, 2015
Verified Purchase
This is a passable post-apocalyptic tale about how a corporate genetic research project spins out of control and wipes out a big chunk of humanity. The story is told in a flash back, flash forward style that is seldom well done (nor is it here) and drives the reader nuts trying to keep the thread of the story straight. In another style this book would have gotten a four.

All in all, a decent tale if you're stuck in airport someplace
Read more
9 people found this helpful
Helpful
Report abuse

Amazon Customer
5.0 out of 5 stars The high price of genetic research
Reviewed in the United States on November 27, 2017
Verified Purchase
Genetics has come a long way in solving many medical issues. But too often the politics and greed behind top research outfits create more problems and heartache. As a young single father with a downs syndrome child, his scientific research leads home to some amazing cures, but not before he lost his wife his home and his job, chased by thugs out to destroy his work that conflicts with their company.

An exciting thriller, I especially liked the Seattle locale for much of the story. Having lived in the area for 40 years I was familiar with many spots which made it more enjoyable.
Read more
Helpful
Report abuse

EJsZoo
2.0 out of 5 stars Meh
Reviewed in the United States on July 28, 2015
Verified Purchase
It's an interesting premise, but I felt the ending was a bit of a letdown. You never find ou what happens with the "current" characters, as they book mostly tells their history.
Read more
4 people found this helpful
Helpful
Report abuse

Kindle Customer
3.0 out of 5 stars Olivay's Story
Reviewed in the United States on June 25, 2015
Verified Purchase
I enjoyed the deeper meaning in this book. I liked the science / genetic studies. The beginning of this book is rather long and tedious to read. This book was a history of what had transpired a long time ago. The last half of the book was more interesting. There was a little more action. I liked this book and enjoyed the ending.
Read more
4 people found this helpful
Helpful
Report abuse

Blink67
5.0 out of 5 stars Good Read
Reviewed in the United States on June 15, 2020
Verified Purchase
Very entertaining and an easy read. Nice to see a positive view of of difference in people. We need more of this in our world
Read more
Helpful
Report abuse

Anne Wingate
5.0 out of 5 stars What Will the World Know 200 Years from Now that it Doesn't Know Now?
Reviewed in the United States on August 7, 2015
Verified Purchase
After three and a half weeks in bed doing nothing but read, I am finally able to stay up long enough to write some reviews. So don't think that my posting many reviews in a short period of time means that I didn't read the book. I read every word of every one.

A friend of ours who was a very high-ranking officer in the US Army had a son who had Down's syndrome. He told us once that he believed that his son was more intelligent than he was, and if he had a way to look inside his son's mind he would learn a lot. Trispero is the novel that if he were still alive I would give to him at once. It looks at Down's syndrome in a way no other author has ever done. if you read this book you will understand far more about why parents of such a child usually cherish the child. This book is from more than 200 years in the future, looking back at our time when people didn't know what they know now.

I think this is a book for everyone, especially those who shy away from people with obvious mental defects.

Oh, by the way. Our friend had a Ph.D. in military history and was well known for his tactics. Several weeks before his death, his son, frustrated by his mother's refusal to let him take a long walk in the neighborhood alone, lured his mother into the garden shed and then stepped out and locked the door. After his walk, he went and released his mother, who had steam coming out her ears. But I was mainly impressed that this young man, supposedly mentally retarded, took after his brilliant father in creating tactics that worked. Take this anecdote with you as you begin to read Trispero.
Read more
4 people found this helpful
Helpful
Report abuse

sharon smith
4.0 out of 5 stars Disappointed with ending!
Reviewed in the United States on September 12, 2015
Verified Purchase
A good read with lots of action. Kept my attention, however I was very disappointed with the ending.
Read more
4 people found this helpful
Helpful
Report abuse
See all reviews